Home Fashion The History of the White Shirt at the Oscars, from Sharon Stone... 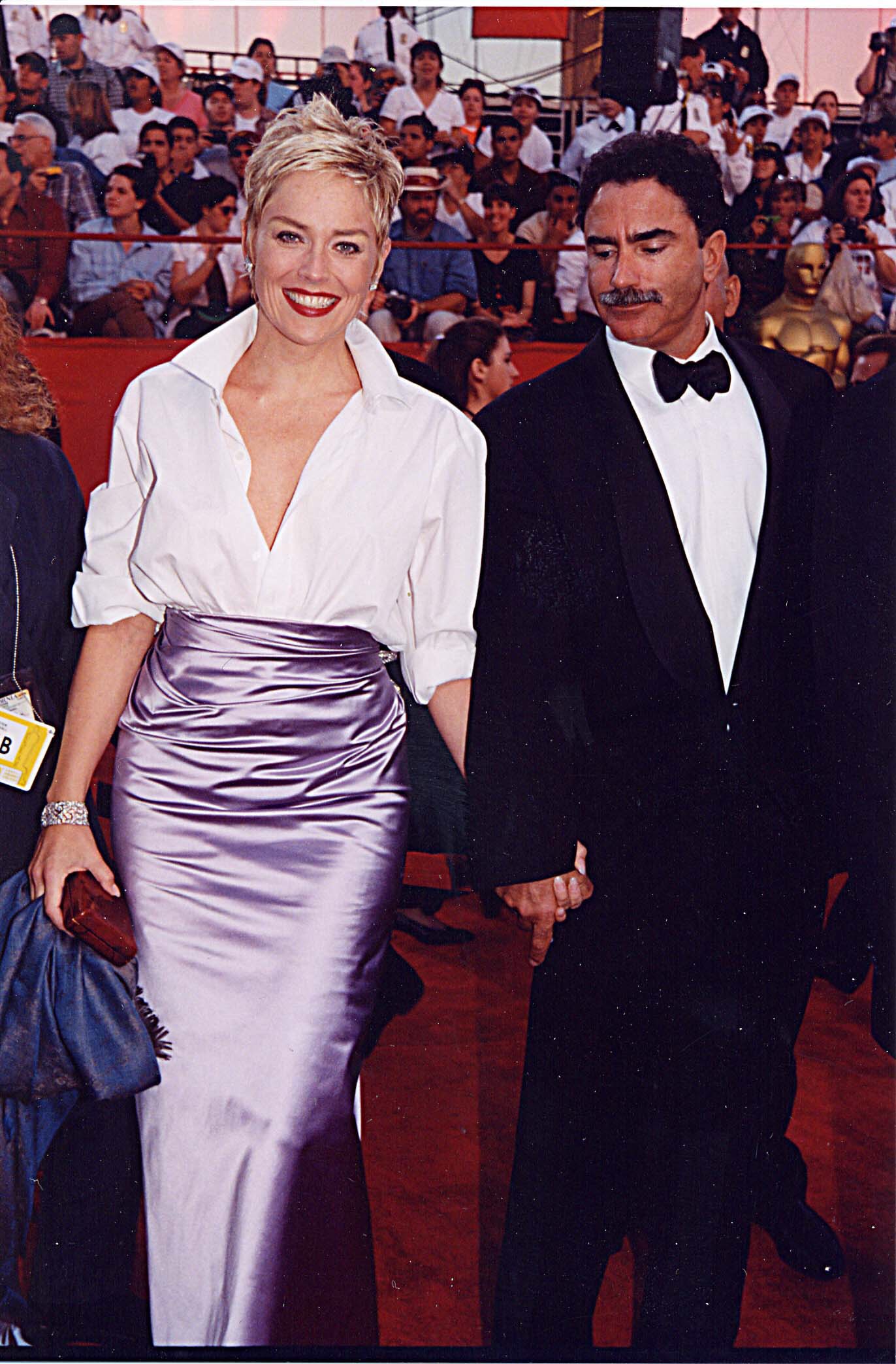 At the 2022 Oscars, Zendaya, Kristen Stewart and Wanda Sykes all channelled rule-breaking style with the simple garment.

Oscars night is the pinnacle of red carpet fashion. It’s where the glitz and glamour of Hollywood is on full display as celebrities dress up in custom designs and haute couture. But sometimes the simplest style choices are the most memorable. Such was the case at this year’s Oscars, when the humble white button-up shirt made its return to the red carpet — most memorably on Zendaya.

The Dune star wore a custom Valentino ensemble that was comprised of a white satin cropped blouse and a sequinned silver skirt that trailed behind her. The look was seemingly an homage to one of the most memorable Oscars get-ups of all time: Sharon Stone’s outfit in 1998.

At the 70th Academy Awards, Stone caused a stir when she arrived in a white dress shirt from Gap. The oversized blouse was unbuttoned to the waist, had rolled up sleeves and was casually tucked into her ruched satin Vera Wang skirt. (Two years prior, she wore a Gap turtleneck with an Armani tuxedo jacket to the Oscars after a delivery mishap ruined her plans for a custom outfit.)

At the time, tabloids criticized her, calling the look inappropriate for such an event, but it’s since gone down as one of the greatest red carpet looks of all time. The outfit completely rewrote red carpet rules by blending masculine and feminine, and designer brands with high-street fashion.

Fast forward 24 years to the 94th Academy Awards, and Zendaya wasn’t the only celebrity to embrace the button-up. Comedian Wanda Sykes, one of the night’s emcees, walked the red carpet in a crisp white tuxedo by Sergio Hudson. A white top with shimmering crystal buttons offered a dressed up take on the everyday classic.

Actor Uma Thurman channelled her iconic character Mia Wallace from 1994’s Pulp Fiction at the Oscars in a silk white button-up shirt. Wallace’s costuming — a blunt bob, bangs and a white dress shirt — remains a classic style reference, thanks in part to its simplicity. Thurman paired the blouse with a floor-length black silk skirt by Bottega Veneta. Are you seeing the pattern here?

Kristen Stewart also threw out the proverbial red carpet rulebook by wearing a pantsuit, sans pants. The actor, nominated for her portrayal as Princess Diana in Spencer, wore a custom Chanel suit with a pair of satin mini —dare we say micro mini— shorts. Under her tailored jacket was a white dress shirt with only one button fastened at the bottom. The look complemented that of her date and fiancé Dylan Meyer, who had her own subversive take on the shirt with only two clasps fastened at the top. From leaving her blouse unbuttoned to being the first person to wear “hot pants” to the Academy Awards, Stewart’s gender-defying look was one for the history books.

Rigid wardrobe expectations have always existed at the Oscars, especially for women. When the awards were first televised in 1953, Academy instructions requested that women did not show cleavage. In 1968, Oscars costume supervisor Edith Head sent out a letter asking that female guests wear “formal evening gowns either maxi or floor length, preferably pastel shades.” Even ahead of 2021’s scaled-back event, producers of the show released dress code regulations urging guests to steer clear of casualwear.

The white blouse itself has also come a long way in women’s fashion, from being seen on queen Marie Antoinette in the 18th century to its introduction into women’s fashion in the early 1920s. But ultimately, we have Sharon Stone to thank for making it red-carpet appropriate.

Over the years, women have uniquely incorporated the simple garment into red carpet looks. In 2004, Diane Keaton wore a white top and Ralph Lauren coat to the Academy Awards. And in 2013, Julia Roberts layered a white button-down under a black Dolce & Gabbana gown at the Golden Globes. But the 2022 Oscars was an evening of white button-up representation like never before.

As gender-defying dressing becomes a staple of modern fashion, dress codes are increasingly difficult to enforce — even for an event as prestigious as the Oscars. And that’s a good thing. In an era when runway looks are meticulously recreated on celebrities, it can feel like red carpets lack originality. But the humble white shirt, styled completely differently by four stars, shows versatility, uniqueness, and a new era of rule-breaking style at the Oscars.

Seventies-inspired Fashion Will Be Everywhere This Summer

Time is a Construct at Gucci’s Cosmogonie Show