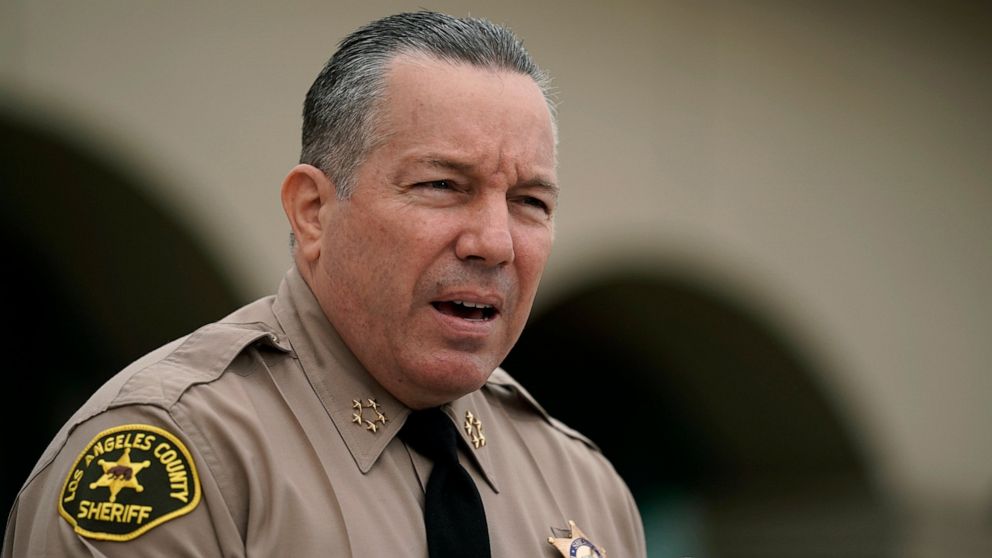 LOS ANGELES — Los Angeles County Sheriff Alex Villanueva said Tuesday he won’t comply with a mandate requiring deputies be vaccinated against the coronavirus or face termination, claiming thousands could leave the department and that will lead to more crime.

His defiance to the order that was approved last summer by the LA County Board of Supervisors brought a rebuke from Janice Hahn, one of the panel’s five members who unanimously backed the policy.

“He is putting both his deputies and the public they come face-to-face with every day at unnecessary risk,” she said in a statement. “What we need from the sheriff right now is leadership, for once.”

Villanueva, who faces a reelection challenge next year, has defied other health orders during the pandemic. Last month, he said he wouldn’t have his deputies enforce a mandate requiring vaccinated and unvaccinated people wear masks at indoor public settings.

Vaccine mandates are rolling out nationwide for government employees and many cities are clashing with first responder unions over the requirements. About 9,000 New York City municipal workers — including 34 officers — were put on unpaid leave for refusing to comply with a COVID-19 vaccine mandate that took effect Monday.

The Los Angeles Police Department last week reported 70% of its officers and civil employees were fully vaccinated. Under the city’s policy, LAPD employees who don’t want to get vaccinated have an option to get tested twice per week at their own expense.

Los Angeles is the nation’s most populous county with about 10 million people and Villanueva’s agency is the largest sheriff’s department in the country, with about 10,000 sworn deputies and 5,800 civilian employees.

All county employees were required to register their vaccination status and show proof of full inoculation or receive a medical or religious exemption by Oct. 1. About 52% of sheriff’s department deputies and other employees are fully vaccinated, compared to 77% of all county employees.

More than 3,000 deputies and other department employees have yet to register their vaccination status with the county. Those who registered and reported their status as unvaccinated include more than 3,100 deputies and 1,000 civilians who could be subject to termination, Villanueva said.

For comparison, the sheriff said the 3,100 figure is nearly the size of the department’s patrol operations.

“So imagine what would happen if every one of these was terminated,” Villanueva said at a news conference. “What would the department look like?”

Villanueva also said he expects to see hundreds of additional deputies retire or leave the department early because of the mandate, though the county’s chief executive’s office on Tuesday said there has been no increase in attrition since the requirement was approved.

Villanueva has said he is vaccinated but believes others should make their own choice and not be forced to get shots.

The sheriff has the power to terminate employees and with him refusing to follow the policy it was unclear whether anyone in his department would lose their jobs.

Jesus Ruiz, a spokesman for the county, said like all department heads Villanueva “is responsible for ensuring that county policies are followed.” In an email, Ruiz said he could not speculate what might happen now that Villanueva won’t enforce the mandate.

Despite the Oct. 1 deadline, the county only now is sending notices to those who have failed to register and get vaccinated. Once employees receive the notice, they have 45 days to comply before facing a five-day suspension, Ruiz said, and 30 days after that before they face termination.

“I am committed to supporting and listening to our sheriff’s rank and file to get to the bottom of what barriers and obstacles they are facing so we can reach a resolution,” she said in a statement. “Ultimately, we all share a commitment to public safety.”

Los Angeles International Airport Police Chief Cecil Rhambo, who is running against Villanueva, said the mandate should be followed.

“Vaccines save lives, and deputies are employed to be life-savers, we must have a sheriff who will lead the department by enforcing the vaccine mandate to ensure the safety of deputies, as well as all the people they interact with across L.A. County,” he said in a statement.

COVID-19 is the most common cause of law enforcement duty-related deaths in 2020 and 2021, according to the Officer Down Memorial Page.

What we know about Omicron so far, according to an infectious disease specialist