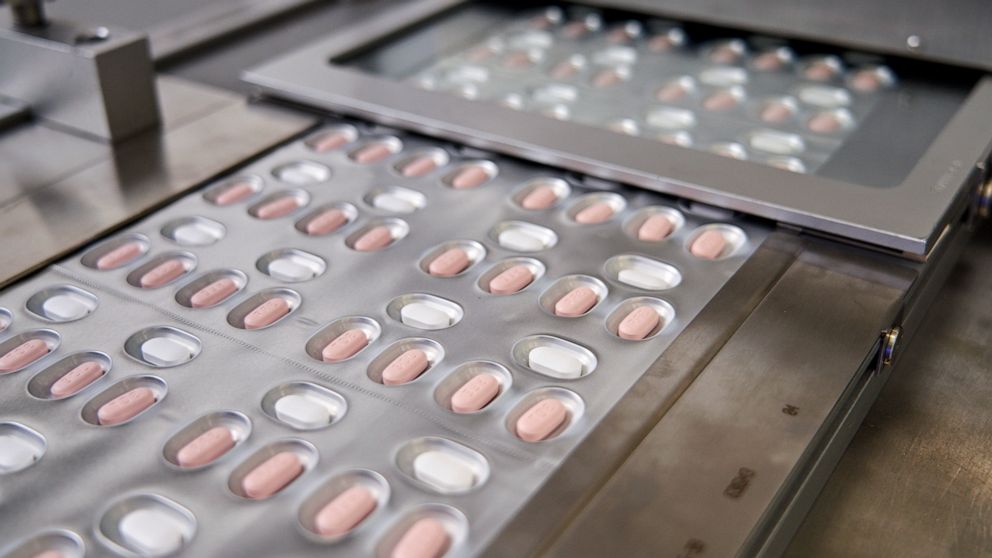 The U.S. government will pay drugmaker Pfizer $5.29 billion for 10 million treatment courses of its potential COVID-19 treatment if regulators authorize it

NEW YORK — The U.S. government will pay drugmaker Pfizer $5.29 billion for 10 million treatment courses of its potential COVID-19 treatment if regulators authorize it, the nation’s largest purchase agreement yet for a coronavirus therapy.

Pfizer asked the Food and Drug Administration on Tuesday to authorize emergency use of the experimental pill, which has been shown to significantly cut the rate of hospitalizations and deaths among people with coronavirus infections.

The FDA is already reviewing a competing pill from Merck and will hold a public meeting on it later this month.

The price for Pfizer’s potential treatment amounts to about $529 per course. The U.S. has already agreed to pay roughly $700 per course of Merck’s drug for about 3.1 million treatments.

Pfizer said Thursday the price being paid by the U.S. government reflects the high number of treatment courses purchased through 2022.

The drugmaker said it also has started rolling submissions for approval in several other countries and there are advanced purchase agreements with other governments as well.

On Tuesday, Pfizer signed a deal a with U.N.-backed group to allow generic drugmakers to produce low-cost versions of the pill for certain countries. Merck has a similar deal for its pill, which was authorized in Britain earlier this month.

Pfizer reported earlier this month that its pill cut hospitalizations and deaths by 89% among high-risk adults who had early symptoms of COVID-19.

The company studied its pill in people who were unvaccinated and faced the worst risks from the virus due to age or health problems, such as obesity.

Pfizer wants the drug available for adults who have mild-to-moderate COVID-19 infections and are at risk of becoming seriously ill. That’s similar to how other drugs are currently used to treat the disease.

But all FDA-authorized COVID-19 treatments require an IV or injection given by a health professional at a hospital or clinic.

Pfizer’s potential treatment is taken twice a day for five days, in combination with a second antiviral pill that boosts its effect.

Pfizer has already booked more than $24 billion in global revenue so far this year from Comirnaty, its COVID-19 vaccine, which has quickly become the drugmaker’s top-selling product.

Shares of New York-based Pfizer Inc. edged up 25 cents to $51.12 in early trading. The stock price hit an all-time high of $51.86 this summer, topping a previous mark that had stood for 22 years.

Pfizer and Merck are seeking approval for their treatments as COVID-19 cases start to rebound again in the U.S.

The seven-day rolling average for daily new cases approached 87,000 on Wednesday, according to data from Johns Hopkins University. That’s up from around 68,000 late last month.

This story has been updated to correct that the U.S. government has agreed to purchase 3.1 million courses of Merck’s drug, not 1.7 million

Pelosi: Government shutdown would be due to ‘anti-vax’ Republicans

How do you say ‘Omicron’?