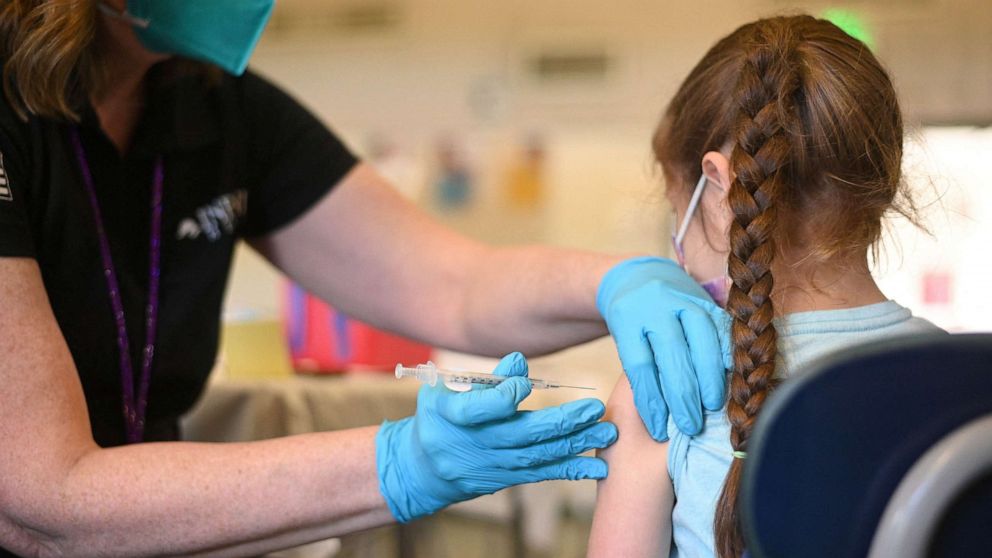 The White House is expecting vaccinations for kids under 5 to begin as soon as June 21, White House COVID coordinator Ashish Jha said on Thursday.

“We expect that vaccinations will begin in earnest as early as Tuesday, June 21st, and really roll on throughout that week,” Jha said in the White House briefing, though he cautioned repeatedly that the estimation hinges on the Food and Drug Administration and Centers for Disease Control and Prevention processes playing out as planned.

“As I talk through the process today, I want to be very clear that I am not here to prejudge the outcome of the process,” Jha said. “But the administration is hard at work planning all sorts of scenarios based on whatever the outcome is from the process that’s playing out.”

If and when vaccines are authorized and recommended, Jha said he expects appointments to be widely available within weeks.

“Our expectation is that within weeks, every parent who wants their child to get vaccinated will be able to get an appointment,” he said.

The prediction was unusually specific, particularly for a vaccine that parents have been awaiting anxiously for months. And though a late-June kickoff for kids’ vaccines is likely, there are still many steps in the authorization process before shots can be administered.

First, the FDA’s panel of advisers will meet on June 15 to review the data on kids’ vaccines from both Moderna and Pfizer. Moderna’s shot is two doses, while Pfizer’s is three.

After that meeting, the FDA can issue an authorization — which allows the federal government to start shipping doses out to states — but the process moves over to the CDC before shots can actually be administered.

The CDC’s advisory panel meets and then CDC Director Rochelle Walensky issues a recommendation, which is the final step before shots can go in arms. The CDC is expected to announce the dates for its review shortly.

On the planning front, Jha said the government would begin taking orders for vaccines starting Friday.

“We are going to make 10 million doses available to states, pharmacies and community health centers and federal entities to order initially. Starting tomorrow, states can begin to place their orders,” Jha said.

“We have asked states to distribute the initial tranche of doses to their highest priority sites, including those serving the highest risk children and hardest to reach areas. And we’ve also asked them to prioritize sites that can handle large volumes, such as children’s hospitals.”

Jha said he expects the majority of vaccinations to be administered in doctors’ offices rather than pharmacies, and he acknowledged there will likely be less demand in this age group.

A recent survey from KFF found that just under one in five parents are eager to get their children under 5 vaccinated right away.

More than a third of parents — 38% — said that they plan to wait and see how well the vaccine works for others, while 27% of parents reported they will “definitely not” get their child vaccinated, and 11% said that they will only do so if they are required.

More than half of parents said they feel they do not have enough information about the vaccines’ safety and efficacy for children under age 5, according to KFF.

Both Pfizer and Moderna have said their vaccines are safe and effective. They will be rigorously reviewed by the FDA and CDC in the coming weeks, and more vaccine company data will be made public.

Covid booster rollout to start in early September in England