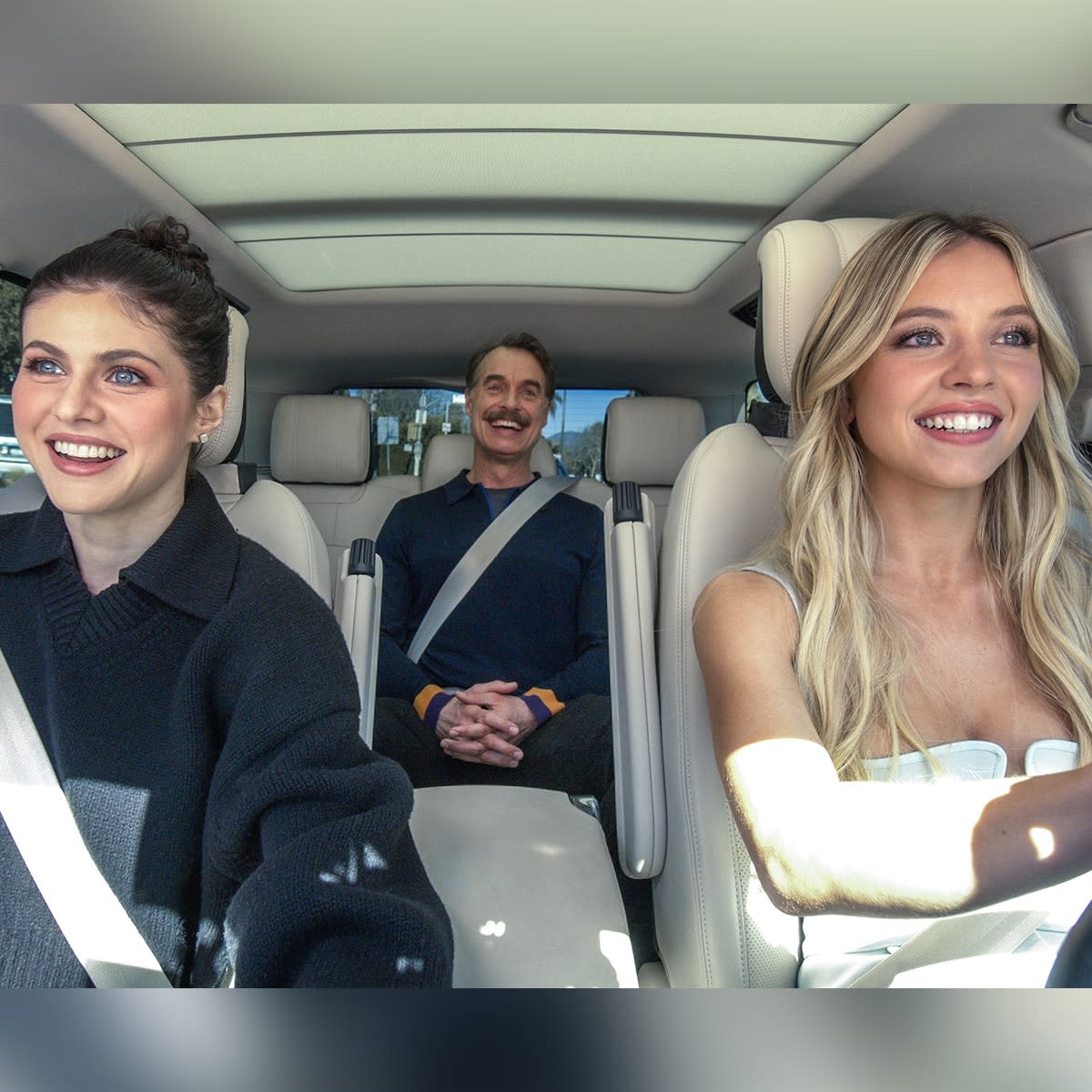 Buckle up for another season of Carpool Karaoke!

Apple TV+ announced the lineup of stars appearing on season five of the hit series Carpool Karaoke, premiering May 27. So who’s strapping in for a round of singing and joy riding?

White Lotus actors Murray Bartlett, Sydney Sweeney and Alexandra Daddario will reunite for their episode, while Matrix Resurrections stars Jessica Henwick and Simu Liu join forces for theirs. Then, professional musicians Anitta and Saweetie will take their talents to the streets in a must-see karaoke moment.

There will be a rowdy round of karaoke when the All Elite Wrestling stars make their debut appearance: CM Punk, Britt Baker, Christian Cage, Bryan Danielson, MJF, Will Hobbs and Ruby Soho are all confirmed to lend their vocal talents for the episode.

And the D’Amelio family will prove that they can do more than just dance when they pack into the car for a jaunt around town. The trailer shows them singing Carrie Underwood‘s “Before He Cheats.”

We Ranked of All of James Corden’s Carpool Karaokes: Which Pop Star Reigns Supreme?

Last but not least, Jonathan Scott and Zooey Deschanel will return to the carpool almost three years after they met on the show. It’s a sweet moment for the stars, who have been dating ever since they appeared alongside their siblings Drew Scott and Emily Deschanel on the series.

In a nod to their meet-cute, the couple sings Jason Mann‘s “Higher and Higher.”

Keep in mind: This is just the first batch of stars who are confirmed to appear on the Emmy-winning series. Apple TV+ promises more star-studded episodes are due out later this year.

Past seasons of the show featured Matthew McConaughey with Snoop Dogg, Patricia and David Arquette and even the Stranger Things cast.

New episodes of Carpool Karaoke premiere May 27 on Apple TV+.

Behind the scenes drama? What do I watch next? Click here to get all the TV scoop straight in your inbox.