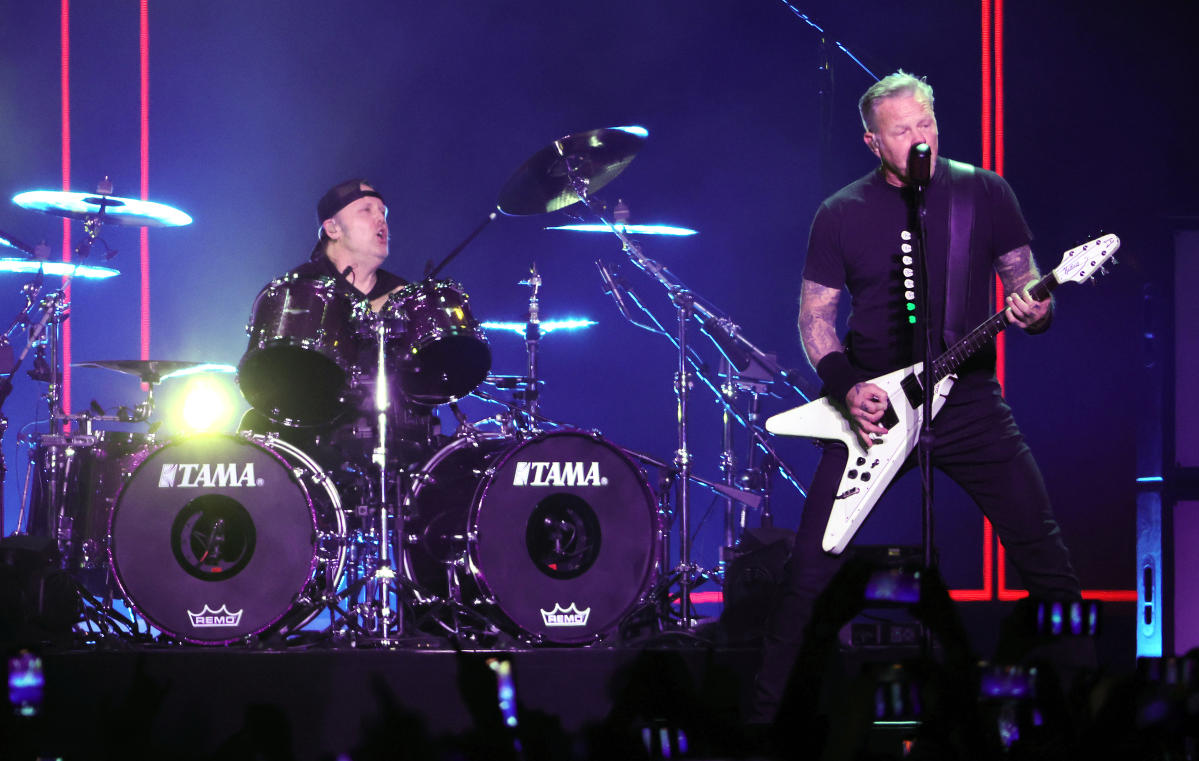 The electric guitar overpowered the crowd, a sea of lolling tongues and hands in devil’s horns. Lights flashed and music blared as Metallica’s frontman sang about nightmares and beasts under the bed.

It was during the band’s Saturday encore in Curitiba, Brazil, that Luan Figueiró entered the world. The soundtrack during his debut: “Enter Sandman,” one of the heavy metal band’s biggest hits.

“It was a mix of emotions,” the baby boy’s mother, Joice, told The Washington Post. “Since it wasn’t planned, I was scared that the medical team wouldn’t be ready. But there’s also the feeling of being able to tell people that this happened because Metallica is one of the bands we love the most.”

Joice and her husband, Jaime, had held on to their tickets for three years, purchasing them in 2019 when they first went on sale. Originally slated for April 2020, the show was rescheduled twice because of the pandemic. By the time Metallica announced the band would finally be heading to Brazil in May 2022, Joice was pregnant with her second child.

An obstetrician gave Joice, who was 39 weeks along, the OK to see the show. Just to be safe, though, she said she took some extra precautions.

“I was in the handicap area,” she said. “And I was sitting down in a safe spot, without any risks of getting hurt.”

At the time, avoiding enthusiastic fans during Saturday’s show seemed like the greatest challenge. Yet baby Luan had different plans.

Throughout the concert’s two opening acts, everything seemed to be going well. Excitement filled the outdoor Couto Pereira stadium in Paraná, a southern state in Brazil.

When Metallica took the stage, Joice’s body reacted. But instead of goose bumps and butterflies, she felt pressure building in her belly – the contractions had started.

Joice held on for as long as she could, finally motioning for the venue’s medical team when there were about three songs left on Metallica’s set list. The team offered to call an ambulance, but it was too late.

She was propped onto a stretcher and wheeled into a medical tent, where a man was being treated for alcohol poisoning with an intravenous drip.

“They couldn’t take him outside,” Joice said. “So they just turned him around and helped me with the birth.”

As Metallica closed out the show with “Enter Sandman,” Luan Figueiró was born healthy at 11:15 p.m.

A few minutes later, an ambulance arrived to transport the family to Hospital e Maternidade Brígida, where Joice had originally planned to deliver the baby.

“The mother and son were treated and received all the necessary care,” hospital staff members posted on Instagram. “[We] wish great health to newest ‘rocker’ of Curitiba.”

News of Luan’s rock-infused birth spread quickly after Metallica shared Joice’s Instagram story with the band’s 8.2 million followers. The story has reached people all over the globe, and Joice said hundreds have asked whether Metallica would be honored in her baby’s name.

“I joked that his name would be James Ulrich,” she said – a mash-up representing Metallica singer James Hetfield and drummer Lars Ulrich. “But really, since this name question has brought up great appeal and we haven’t registered him, we’re thinking of maybe adding a [middle] name and putting some homage in there.”

“Sandman,” however, is out of the question.

“Remember, this is the name he’ll carry throughout his whole life,” Joice said, laughing. “He’ll get bullied with the name ‘Sandman.’ He already has enough of a story to tell.”

Inside Mark Meadows’s final push to keep Trump in power