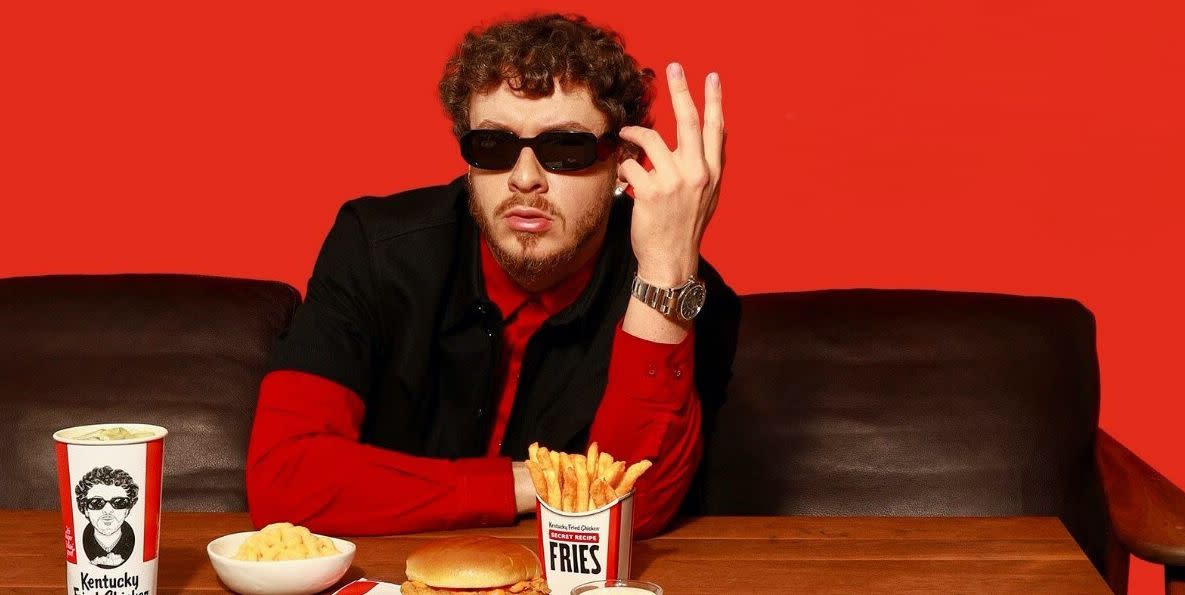 Grammy-nominated rapper Jack Harlow is still riding high on the success of his sophomore album, Come Home The Kids Miss You and now, his partnership with Kentucky Fried Chicken has also taken to new heights. The fast-food restaurant revealed that the Kentucky native has selected his favorite “finger-lickin’ good” menu items and created a signature combo meal, which will be available for a limited time only starting on Monday, June 6.

So, if you’re planning to pull up to KFC and order Jack’s essentials, make sure you’re prepared. The “First Class” rapper dropped a commercial showcasing the delicious meal and what it entails. Seriously, this is a match made in heaven.

“From releasing Come Home The Kids Miss You and now launching my own meal at KFC, you could say I’m having the best summer of my life,” Jack said in a statement to Seventeen. “When KFC asked me to create my own meal, I knew it couldn’t be just any meal. My meal brings together my childhood favorites from growing up in Louisville, the KFC mac and cheese, with my new go-to spicy chicken sandwich (with plenty of ranch), Secret Recipe fries, and lemonade – it doesn’t get much better.”

KFC is also giving fans a first-class taste of Jack’s new meal by transforming an Atlanta KFC (2637 Cobb Pkwy SE, Smyrna, Georgia, you know — in case you’re already planning your road trip) into “Jack’s Meal HQ” on Saturday, June 4, 2022. That’s right, attendees will be the first to try the Jack Harlow Meal while they listen to his new album from an IG-worthy KFC bucket speaker. And, in honor of the meal, KFC is dropping limited-edition merch exclusively on their app. It doesn’t get more Kentucky than this, if you ask me.

Jon Batiste Leaving As ‘The Late Show’ Bandleader After Seven Years; Louis Cato To Replace Him

Avoid This Dangerously Windy Wyoming Highway at All Costs on Your...