Home Lifestyle Music Belle and Sebastian Share Song “If They’re Shooting at You” in Support... 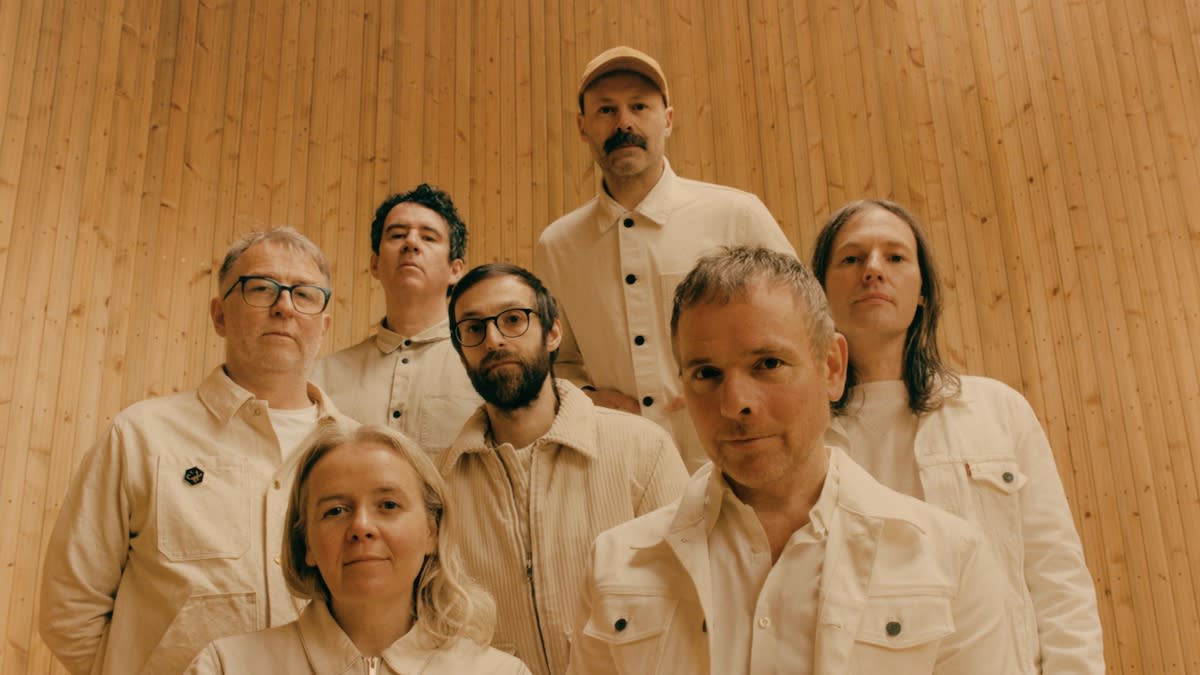 The post Belle and Sebastian Share Song “If They’re Shooting at You” in Support of Ukraine: Stream appeared first on Consequence.

Belle and Sebastian have shared a new song called “If They’re Shooting at You” as a sign of solidarity with Ukraine. The single’s music video contains images from photographers covering the conflict on the ground, and all proceeds from the song go toward Ukraine humanitarian efforts.

While “If They’re Shooting at You” wasn’t written in response to Russia’s invasion of Ukraine, Belle and Sebastian frontman Stuart Murdoch said the song’s message of strength in the face of adversity was appropriate to share in the moment, and a good way to raise funds for the cause.

“When the situation in Ukraine first started to happen it became clear that the lives of the people there, and probably ‘ours’ too,  were never going to be the same. The band had just started rolling out tracks for our new album, and it all felt a bit silly to be honest,” Murdoch explained. “We had one track called ‘If They’re Shooting At You,’ it’s a song about being lost, broken and under threat of violence. The key line is ‘if they’re shooting at you kid you must be doing something right.’ We stand in solidarity with the people of Ukraine and hope that their pain and suffering can be brought to a halt as soon as possible.”

With horns, group vocals, and a swinging groove, “If They’re Shooting at You” is more soulful than you might imagine from Belle and Sebastian, who have dabbled in folk for over two decades. Fortunately, this sonic detour only makes the song more anthemic. The track’s music video is a collage of photos from Ukrainian creatives Vadim Ghirda, Andreea Alexandru, Mikhail Palinchak, Matthias Derksen, Sima Ghaffarzadeh, Chest Max, Uǧurcan Özmen, Olenka Sergienko, and Max Vakhtbovych. The images range from snapshots of soldiers in snowy fields to civilians clutching their pets in bomb shelters. The images were compiled by Murdoch’s wife, Marisa Privitera Murdoch.

“In creating this we aspire to show a hopeful, defiant side, as well as bringing an awareness to the plight of the people there,” Murdoch said of the music video. “We think any way in which we can get behind Ukraine — politically, culturally, practically, spiritually — it must all add up in the end. Together we have to do what it takes to help Ukraine beat this tyranny.” Watch the video for “If They’re Shooting at You” below.

Belle and Sebastian are donating all proceeds from “If They’re Shooting at You” to the Red Cross, while fans have the option to make donations themselves through Bandcamp. The UK government will match all donations made through Bandcamp until March 18th as part of a joint appeal with the Disasters Emergency Committee.

Earlier this month, Belle and Sebastian announced a new album, A Bit of Previous, set to arrive May 6th. So far, they’ve shared the single “Unnecessary Drama,” which we named Song of the Week. This summer, the band will embark on an extensive North American tour before heading back to Europe for a string of shows in the fall. Tickets to the shows are on sale now via Ticketmaster.

Belle and Sebastian Share Song “If They’re Shooting at You” in Support of Ukraine: Stream
Carys Anderson

Nicki Minaj’s husband gets home confinement for failing to register as...