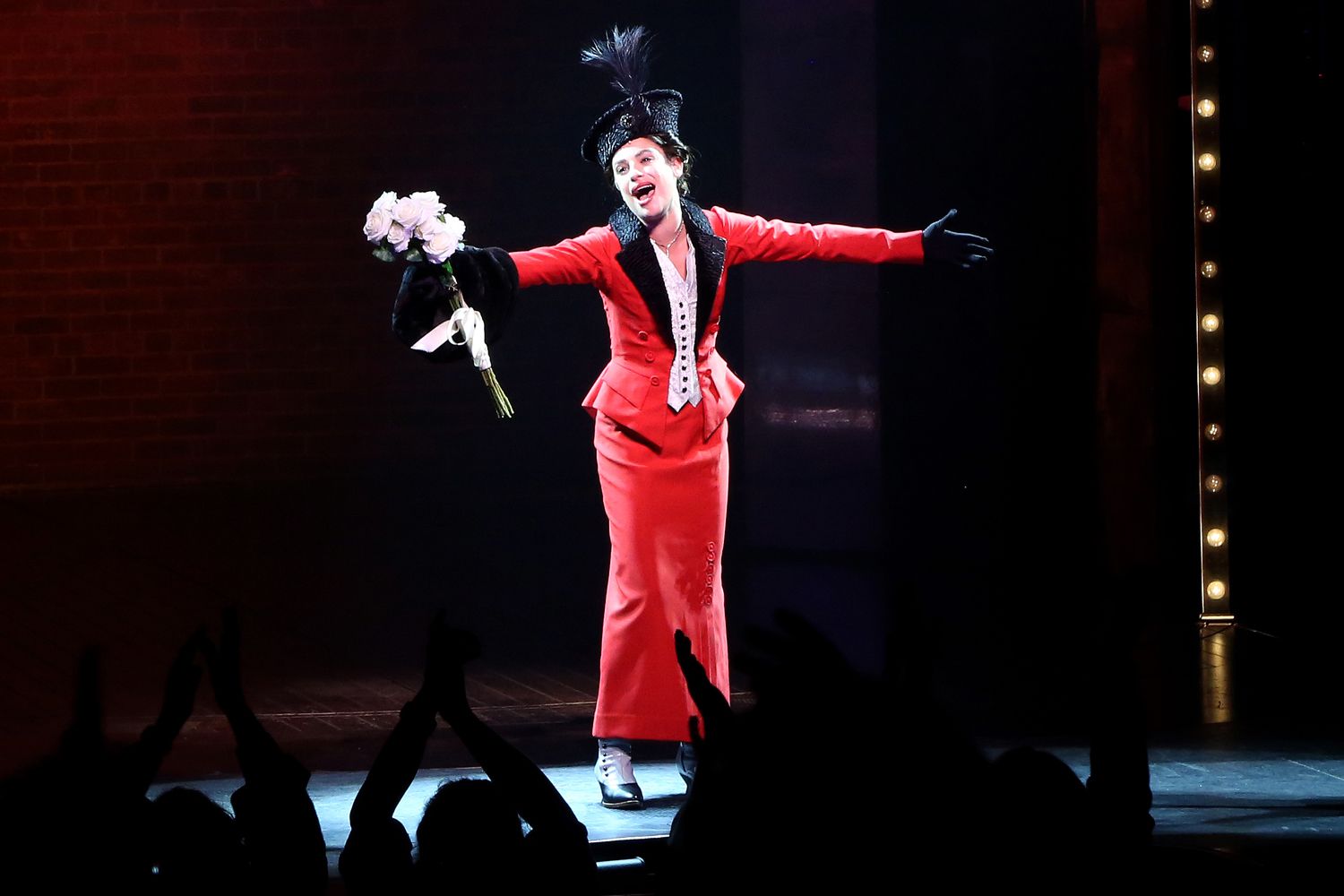 Lea Michele‘s acclaimed turn as Fannie Brice in the Broadway’s revival of Funny Girl is being preserved in a big way.

The actress, along with her fellow castmates, stepped away from the stage and into the studio to recorded a new album of Jule Styne and Bob Merrill’s legendary score on Sony Masterworks Broadway — the first new Broadway cast recording since the original cast album that featured Barbra Streisand back in 1964.

Dropping on digital just after midnight Friday, the Funny Girl New Broadway Cast Recording will feature hits like “People,” “I’m the Greatest Star,” “The Music That Makes Me Dance” and of course, “Don’t Rain on My Parade.”

A physical CD is set for release on Jan. 20, 2023 and available for preorder beginning Friday.

Michele first revealed the news of the album after Funny Girl‘s evening performance on Wednesday, telling the audience at the August Wilson Theatre how excited she was for them to hear it.

“We have a little secret that we want to let you all in on. We’re all so so proud to announce that we are going to be releasing our original cast Broadway album,” said Michele, in a speech that was also streamed on Instagram Live. “Everyone here who is working so incredibly hard every single night also worked so hard in the studio to make such an incredible album that I heard. And as the biggest Funny Girl fan my entire life, I’m so proud of it. It is so, so, so great.”

The Today show later dropped the news of the Friday release date, as well as a First Look video of Michele recording the show-stopping “Don’t Rain on My Parade.”

Michele debuted as Fanny Brice in September following a 13-year absence from the Broadway stage. She notably received four standing ovations before the end of act 1 and another two in the second act.

Cheering her on was an electric crowd of friends and fans alike — from her best friend Jonathan Groff, to their fellow Spring Awakening costars John Gallagher Jr. and Gideon Glick. Drew Barrymore was also in attendance, as was Zachary Quinto, Lee Pace, Tony winner Harvey Fierstein, New York Gov. Kathy Hochul and prolific producer Ryan Murphy, who worked with Michele in Glee and Scream Queens.

Ahead of her first performance, the actress told PEOPLE that she was excited to have some of her friends and family supporting her in the crowd. “I know Jon [Groff] and John [Gallagher Jr.] are going to be there,” she said. “So I have all of my people. It’s wonderful.”

The actress went on to note that her Spring Awakening group chat was filled with nothing but well wishes upon the news that she’d be stepping into the revival following original star Beanie Feldstein‘s exit in July.

“Everyone is so incredibly supportive,” she said of her Spring Awakening cast members. “I mean, literally, it’s just a constant support for all of us.”

As for any speculation of behind-the-scenes drama around the casting decision between Michele and Feldstein, Michele insisted to PEOPLE it’s not true. “I saw the show. I wrote her and told her what an incredible job I thought that she did,” Michele said. “I think that everybody just thinks everything is so drama-filled. I also think that people really love the excitement of pitting women against each other, which I think is really sad and unfortunate.”