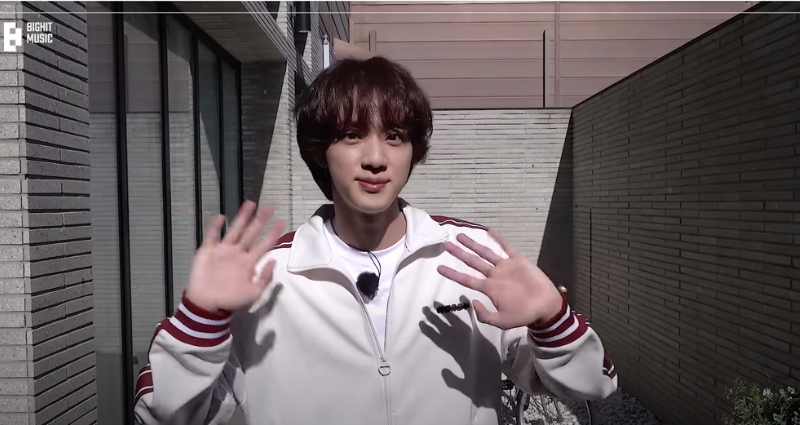 A sweet message from BTS member Jin was shared with his fans on Sunday.

The video letter was prerecorded, as evidenced by the K-pop star’s full head of hair despite shaving it all off prior to his military enlistment last month.

“Hello, everyone! This is Jin of BTS! I won’t be a civilian anymore by the time this is out, but I’m here in front of the camera because I wanted to leave you something even if it’s just leaving a message,” the band’s oldest member says.

More from NextShark: GOT7’s Jackson Wang cuts off livestream after learning fans are giving him money

“Currently, I’m shooting for ‘Running Man,’” he explains, referring to his SBS entertainment show episode that aired on Nov. 6, 2022. “Whenever I’m available, I wish to leave these videos and records once every few months to share with you as much as possible, even if it’s just checking in briefly.”

“I may not be by your side at this very moment, but I’ll go looking for you soon. So, if you just wait a little bit, I’ll be back soon.”

More from NextShark: After 57 years, Marvel Comics’ Iron Fist has an Asian alter ego thanks to writer Alyssa Wong

His recent video letter, which was posted on the BANGTANTV YouTube channel, has already garnered over 1.2 million views.

Jin’s heartfelt message was heard by ARMY, who took to Twitter to express their sentiments for the singer.

Before sharing the surprise video, HYBE uploaded a vlog of Jin’s travels to Argentina last year.

The singer revealed that he was traveling to the South American country to perform with Coldplay, whom he collaborated with for his single “The Astronaut.”