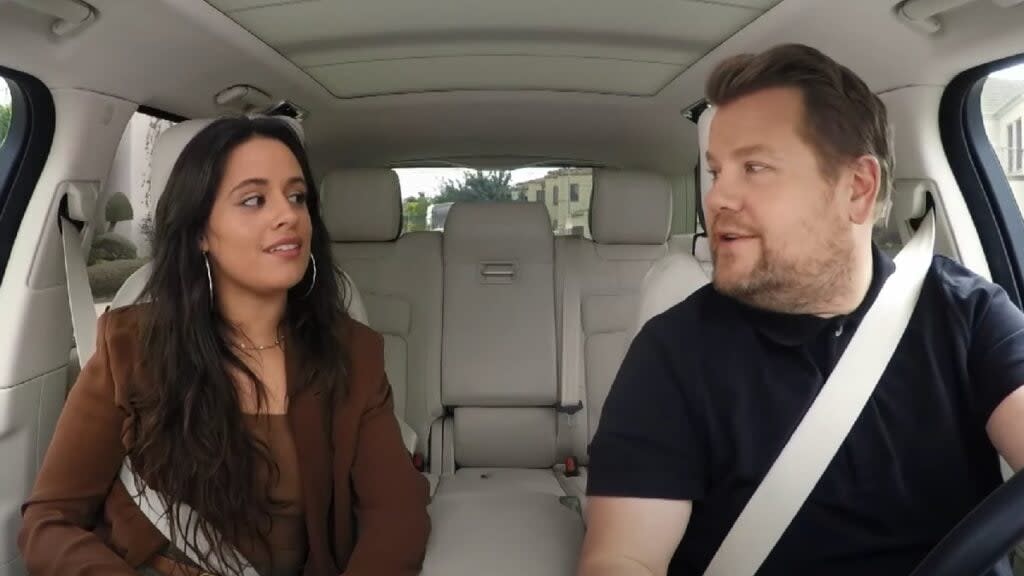 James Corden is wasting no time getting back into the swing of things with Carpool Karaoke, this week bringing in pop star Camila Cabello. And, as it turns out, fans have One Direction to thank for Cabello deciding to pursue her singing dreams via “The X Factor.”

Granted, fans of Cabello have long known about her love of One Direction, as she’s been vocal about the fact that she used to run a Twitter account dedicated to former One Direction member Harry Styles. But during her Carpool Karaoke segment, Cabello revealed that it was her hopes of meeting Styles and his bandmates that made her choose “The X Factor” over “The Voice.”

“I was like ‘Well, One Direction will be at ‘X Factor.’ I don’t know if they’ll be at ‘The Voice,’ so let me audition for ‘X Factor,’” Cabello recalled. “Literally — this is really embarrassing, and I can only say this because obviously that was like, 10 years ago — but I literally was like ‘I’m auditioning for X Factor because I will marry Harry Styles. Like, I will.’ I really believed that at the time.”

The singer clarified that she didn’t necessarily believe marriage was on the table, but certainly in a decent chance at falling in love with Styles.

Cabello later added that she was thrilled that her audition ended up with her being put into 5th Harmony, because it was the same thing that happened to the members of 1D. They auditioned individually and were put together as a band.

You can watch Camila Cabello’s full Carpool Karaoke performance in the video here and above.