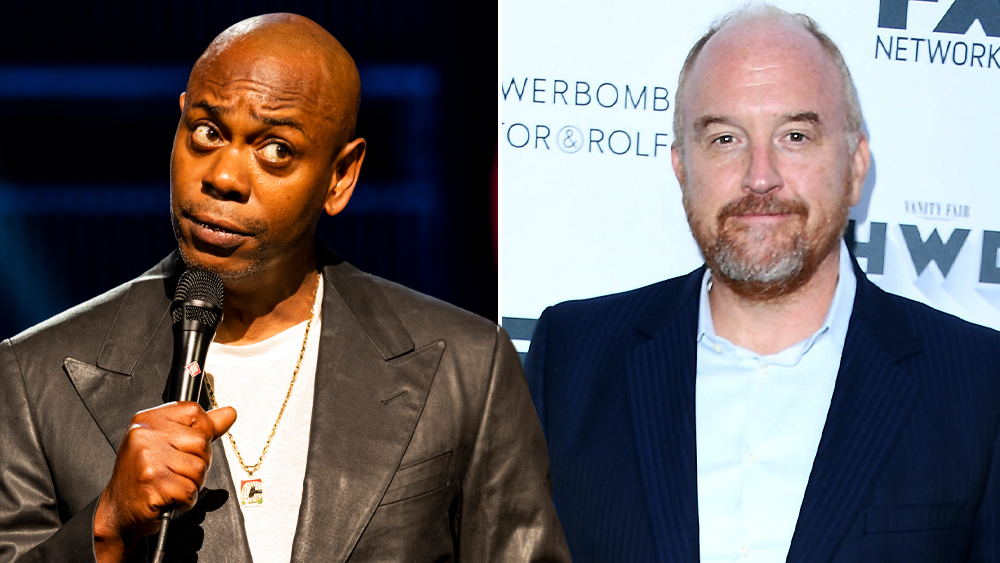 Controversial, mistakenly-thought-to-be-canceled comedians Dave Chappelle and Louis C.K. are among the Grammy Award nominees this year for Best Comedy Album.

Chappelle, who hosted Saturday Night Live last weekend to considerable push-back on his opening monologue about antisemitism, is nominated for the comedy album version of his Netflix special The Closer, which includes the jokes about the transgender community that prompted GLAAD to state “Chappelle’s brand has become synonymous with ridiculing trans people.”

C.K.’s Sorry, the album of his taped August 2021 performances at New York’s Madison Square Garden, also drew some backlash for what some perceived as the title’s flippant response to the 2017 sexual misconduct allegations against the comedian. (C.K. won last year’s Grammy in the Comedy Album category for his Sincerely Louis C.K).

In addition to Sincerely Louis C.K., the comic previously won Grammys in this category for Hilarious (2012); and Live at Madison Square Garden (2016). He was nominated in 2015 for Oh My God.

Gaffigan’s nomination for his Comedy Monster album marks the comic’s seventh Grammy nomination (most recent was 2020’s The Pale Tourist), tying him with Oswalt, nominated for We All Scream (he also nominated in 2021 for I Love Everything; Oswalt won the Grammy in 2017 for his Talking for Clapping).

New to the category is Rainbow, whose nominated first studio album A Little Brains, A Little Talent was released last year following his Pink Glasses Tour and includes versions of some of his YouTube political satire spoofs, original songs and a version of “The Jitterbug,” the famously deleted song from The Wizard of Oz. The album also features guest stars Tituss Burgess, Josh Gad, Sean Hayes, Patti LuPone and Bernadette Peters.

The Grammy nominees for Best Comedy Album are:

Elizabeth Chan on her legal battle with Mariah Carey over ‘Queen of Christmas’: ‘It was so David and Goliath’