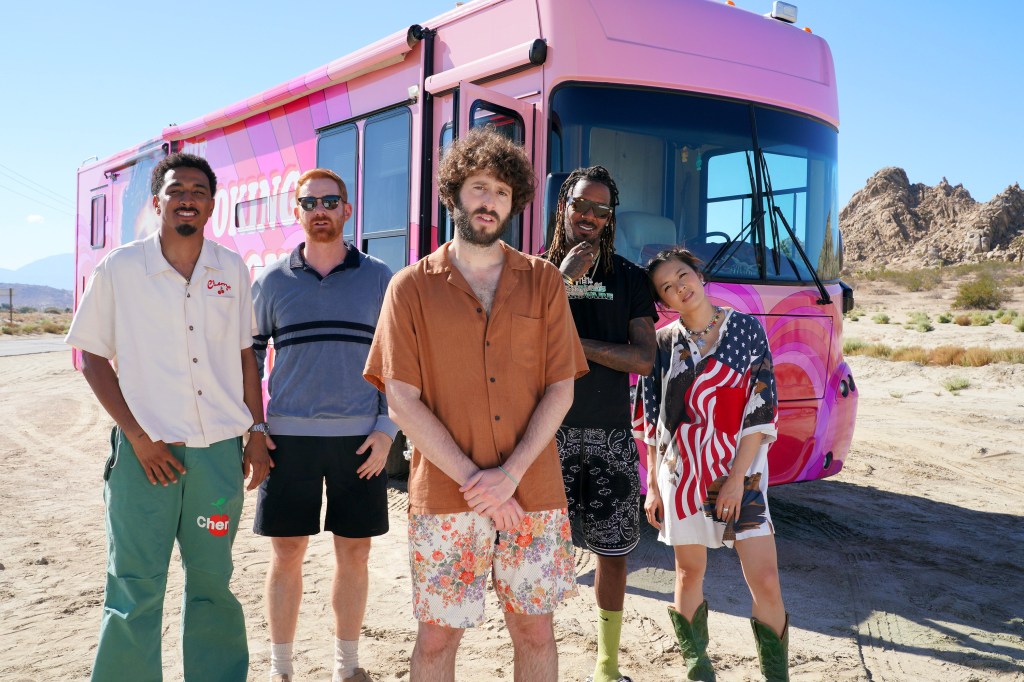 Before wrapping up his TCA panel today for his FXX series Dave, rapper comedian Dave Burd aka Lil Dicky revealed the guest stars for season 3.

“That’s just a fraction and the fraction I haven’t named, will blow you away,” said Burd today at TCA.

Burd stars on the show and co-created the series with Jeff Schaffer.

Schaffer said “On Dave, People like playing funhouse versions of themselves or play with their public perception – a real plus for them. Everyone from Lin-Manuel Miranda playing a passive aggressive asshole. People want to come and have fun.”

As previously announced today, season 3 premieres April 5 at 10 p.m. ET/PT on FXX and stream the next day on Hulu. The premiere will include the first two episodes and episodes will stream next day on Hulu. DAVE will be available on Star+ in Latin America and Disney+ under the Star banner in all other territories internationally.

Dave is headlining his first-ever tour, and looking for love along the way. But as he and the gang crisscross America, they discover firsthand how diverse the cultural landscape of the United States really is – and how often fame puts pressure on love and friendship.

On the show Burd stars as “Dave” (who is also EP, Writer); GaTa as “GaTa;” Andrew Santino as “Mike;” Taylor Misiak as “Ally;” Travis Bennett as “Elz” and Christine Ko as “Emma.”