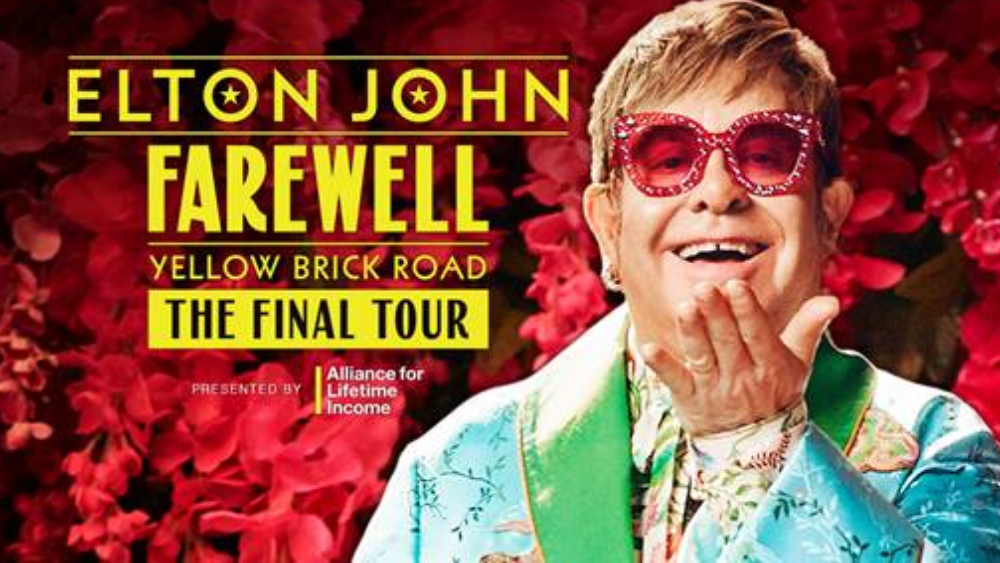 On the heels of Elton John’s 75th birthday, the singer and AEG Presents have unveiled the final North American dates of his “Farewell Yellow Brick Road The Final Tour.” The announcement promises that the 11 new dates “mark the final shows added to his North American tour.”

The new dates include additional performances in East Rutherford, NJ; Foxborough, MA; Toronto,; Vancouver, BC; and Phoenix,  along with a third show added at Dodger Stadium in Los Angeles. Concerts in San Diego, Santa Clara, CA, and Tacoma, WA, have also been added.

Elton John’s final North American show – a return to the site of what is arguably his most iconic performance, Los Angeles’ Dodger Stadium – on November 20 will be his 2,000th  U.S. concert, capping off a touring run that’s seen him play all 50 states, alongside 108 shows alone in top markets like New York City. Over a staggering 52 years of live performances, Elton has played for tens of millions of fans worldwide, and has broken multiple attendance and box-office records throughout his career, hitting an unrivaled apex that is sure to remain unchallenged for years to come. The past year has also seen Elton return to the recorded music charts with his smash hit “Cold Heart (PNAU REMIX),” which hit #7 on Billboard’s Hot 100, and  #1 on its Hot Dance/Electronic Songs chart, as well as charting at #1 on the U.K. singles chart upon its release.

Elton John begins his final run of dates in North America in Philadelphia, PA on July 15, finishing with the three-night engagement at Dodger Stadium November 17, 19 and 20.

2023 kicks off with two shows in Auckland, New Zealand on January 27 and 28, and soon-to-be-announced dates in Australia before the epic 5-year tour formally concludes in Stockholm, Sweden on July 8, 2023.

Elton posted today on his socials, “It’s hard to believe that after tomorrow in St. Louis, I’ll have just a handful of shows left before I wrap up my final arena performances in the United States. This year will see my grand finale in North America, playing stadiums all around the country, with the most spectacular production I’ve ever had. Thank you for sharing this journey with me.  I cherish these memories we’re making together. It has been nothing short of incredible and I look forward to seeing you very soon one last time, on my Farewell Yellow Brick Road Tour.”