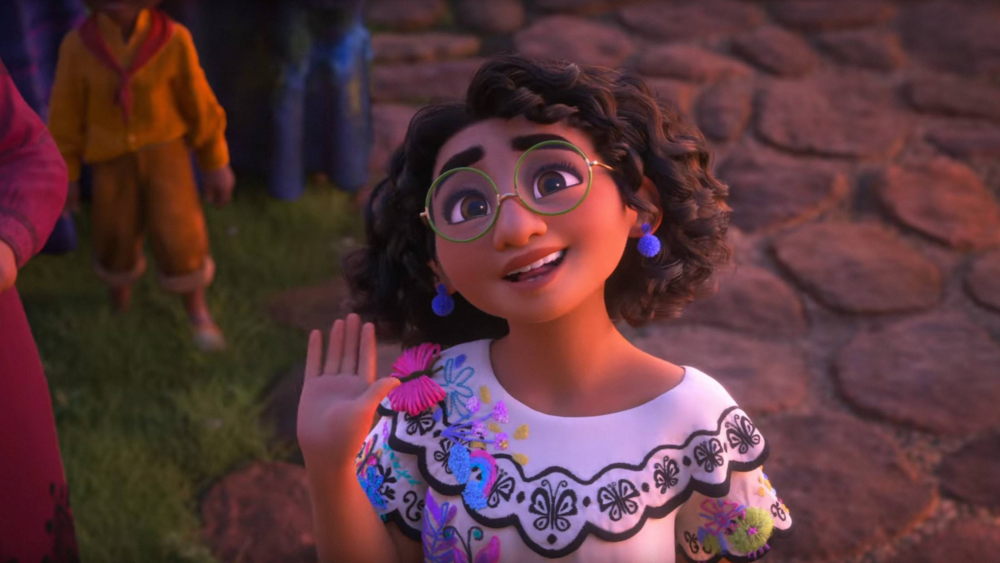 Who’s still talking about Bruno? Grammy voters, as “Encanto” and its popular song “We Don’t Talk About Bruno” were nominated in three of the four Music for Visual Media categories during Tuesday’s announcement of nominees for the 65th annual Grammy Awards.

Grammy’s offbeat eligibility period (which began Oct. 1, 2021) ensured the Disney animated film a place in this year’s awards, even though Oscar nominated it (for score and a different song) for 2021 honors. “Encanto” is Grammy-nominated for compilation soundtrack, for Germaine Franco’s score, and for Lin-Manuel Miranda’s “Bruno” song.

“Bruno,” however, faces stiff competition, as four of the five other nominees in the best-song category are for more recent 2022 releases, including some pretty high-powered artists: Taylor Swift’s “Carolina” from “Where the Crawdads Sing,” Lady Gaga’s “Hold My Hand” from “Top Gun: Maverick,” Jessy Wilson and Angelique Kidjo’s “Keep Rising” from “The Woman King” and Billie Eilish and Finneas’s “Nobody Like U” from Disney-Pixar’s animated “Turning Red.”

Beyoncé’s “Be Alive,” from another 2021 film, “King Richard,” is also nominated in the song category.

Three of the five score soundtrack nominees are also from last year’s movies. In addition to “Encanto,” Hans Zimmer’s “No Time to Die” score and Jonny Greenwood’s “The Power of the Dog” were cited by Grammy voters, as well as the season 3 album for TV’s “Succession” by Nicholas Britell. The sole 2022 film release in the score category is Michael Giacchino’s “The Batman.”

Similarly, the compilation-soundtrack category is a mix of old and new. This year’s soundtracks from “Elvis” (various artists) and “Top Gun: Maverick” (credited to Harold Faltermeyer, Lady Gaga, Hans Zimmer and Lorne Balfe) face off against last year’s “West Side Story” album and a TV soundtrack, Volume 2 of the season 4 “Stranger Things” series from Netflix.

The most intriguing of this year’s Visual Media field announcements is the inaugural “score soundtrack for video games and other interactive media” category. After years of being mostly shunned by Grammy voters, the Recording Academy finally gave video game composers their own category.

This year’s nominees include several familiar names: Austin Wintory for “Aliens: Fireteam Elite,” Bear McCreary’s “Call of Duty: Vanguard” and Christopher Tin’s “Old World.” Wintory previously held the distinction of being the composer of the only game score ever nominated by the Grammys (“Journey”) and Tin won for arranging a track from a game score (“Baba Yetu” from “Civilization IV”). McCreary is best known for his TV music, including the current “The Lord of the Rings: The Rings of Power” series.

Among other Grammy categories, composer Danny Elfman received a nomination for best instrumental arrangement for his “main titles” track from the “Doctor Strange in the Multiverse of Madness” soundtrack. Two John Williams albums also received nods: “John Williams: The Berlin Concert,” a collection of his film work with the Berlin Philharmonic, for best orchestral performance; and “Williams: Violin Concerto No. 2 and Selected Film Themes,” with violinist Anne-Sophie Mutter and the Boston Symphony Orchestra, for best engineered album in the classical field.

Final-round voting in these categories runs from Dec. 14 to Jan. 4.