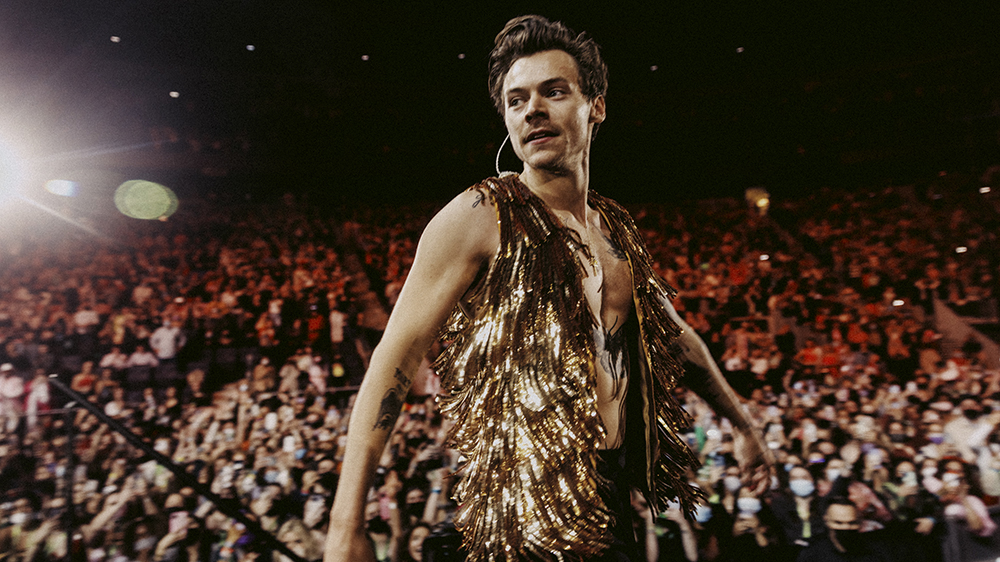 Harry Styles has issued a statement following the elementary school shooting in Uvalde, Texas, demanding an end to gun violence.

The Tuesday shooting resulted in the deaths of 19 children and two teachers, leading to calls to action on social media from politicians, civic leaders and Hollywood figures alike. Styles joined the chorus on Friday, announcing that he would be partnering with the nonprofit Everytown for Gun Safety during his upcoming North American tour and donating over $1 million in proceeds to the organization along with Live Nation.

“Along with all of you, I have been absolutely devastated by the recent string of mass shootings in America, culminating at the latest in Robb Elementary School in Uvalde, Texas,” Styles’ post reads. “On our North American tour, we will be partnering with Everytown who work to end gun violence, donating to support their efforts and sharing their suggested action items.” The post also had a simple caption: “End gun violence.”

Styles is not the only major musician to speak out on the issue — on Tuesday, Taylor Swift tweeted that she was “filled with rage and grief” by the Texas shooting as well as others in Buffalo and Laguna Woods. “We, as a nation, have become conditioned to unfathomable and unbearable heartbreak,” Swift wrote.