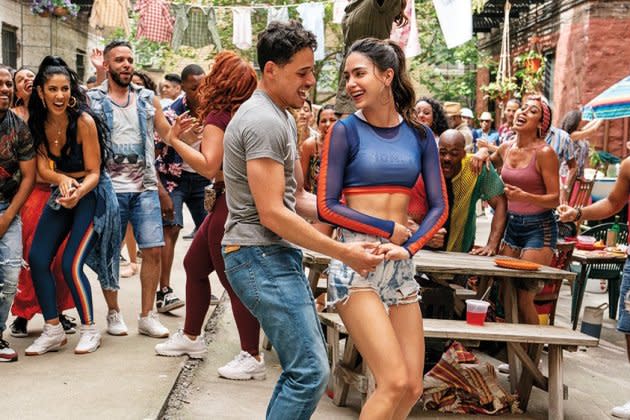 Oscar nominations morning has come and gone, and TheWrap takes a look at nods that came as a surprise — and who was snubbed. SNUB: Regina King Regina King was shockingly left out of the Best Director category for “One Night in Miami.” Instead, Thomas Vinterberg took her place for directing “Another Round” (which we discuss below). King had been nominated in the category at the Globes, as well as the Critics Choice Awards. SURPRISE: Lakeith Stanfield in Best Supporting The actor received a surprise nomination in the category Best Supporting Actor… alongside his costar, Daniel Kaluuya, who has been sweeping the awards season for his role in “Judas and the Black Messiah.” David Straithairn, for his role in “Nomadland,” was left out, as was Chadwick Boseman for his role in “Da 5 Bloods.” Of course, Boseman received a Best Actor nod for his role in “Ma Rainey’s Black Bottom.” SURPRISE: “Pinocchio” “Pinocchio” was nominated in two categories, Best Costume Design and Best Makeup and Hairstyling, which is great – but it’s an Italian fantasy film that wasn’t really on anyone’s radar. Plus, it took away spots from “News of the World” and “Promising Young Woman” in the Costume category. TheWrap’s own Steve Pond had “Pinocchio” as a predicted nominee for Makeup and Hair, though. SNUB: “Mank” in Best Original Screenplay David Fincher’s “Mank” did not receive a nomination in the Best Original Screenplay category, although it was a definite frontrunner. Instead, “Judas and the Black Messiah” took its place among “Minari,” “Promising Young Woman,” “Sound of Metal” and “The Trial of the Chicago 7.” SURPRISE: Tom Vinterberg The director of “Another Round,” a co-production between Denmark, the Netherlands and Sweden, was a surprise nomination, etching out Aaron Sorkin for “The Trial of the Chicago 7,” Spike Lee for “Da 5 Bloods” and Regina King for “One Night in Miami,” for example. The film stars Mads Mikkelsen in the lead and debuted at the Toronto International Film Festival in 2020. SNUB: “Welcome to Chechnya” in Best Doc “Welcome to Chechnya” was a major frontrunner in the Best Documentary category, but was left out on Monday. Instead, “Collective,” ‘Crip Camp,” “The Mole Agent,” “My Octopus Teacher” and “Time” were nominated. Also surprisingly left off: “The Truffle Hunters” and “Dick Johnson Is Dead.” SNUB: The Human Voice Pedro Almodovar’s colorful and provocative short film “The Human Voice” was penciled in by many as an easy frontrunner in the Live Action Short category after splashy debuts at Venice and the New York Film Festival as an adaptation of a Jean Cocteau story. The film is the Spanish auteur’s first English language work that features a knockout performance from Tilda Swinton, much of it a one-woman show with Swinton wearing Apple AirPods. SNUB: “Ma Rainey’s Black Bottom, “One Night in Miami,” “Da 5 Bloods” for Best Picture “Ma Rainey’s Black Bottom” was pretty much a sure-fire nominee, especially given Chadwick Boseman’s nomination in Best Actor, as was “One Night in Miami.” However, both were left out, as was “Da 5 Bloods.” The nominees instead were “The Trial of the Chicago 7,” “Sound of Metal,” “Promising Young Woman,” “Nomadland,” “Minari,” “Mank,” “Judas and the Black Messiah” and “The Father.” SNUB: Delroy Lindo Delroy Lindo’s titanic performance in Spike Lee’s “Da 5 Bloods” was overlooked by the Academy, the latest in a string of disappointing snubs from the Golden Globes and the Screen Actors Guild after looking like a frontrunner from critics groups early on in awards season. Lindo’s intense and laser-focused monologue deep in the Vietnam jungle near the end of the film is a sobering look into a man’s soul. SNUB: Jared Leto Jared Leto’s performance as spooky serial killer suspect Albert Sparma in “The Little Things,” garnered him SAG Award and Golden Globe best supporting actor nominations, but was overlooked by the Academy. Read original story Oscars Biggest Snubs and Surprises, From Regina King to LaKeith Stanfield (Photos) At TheWrap