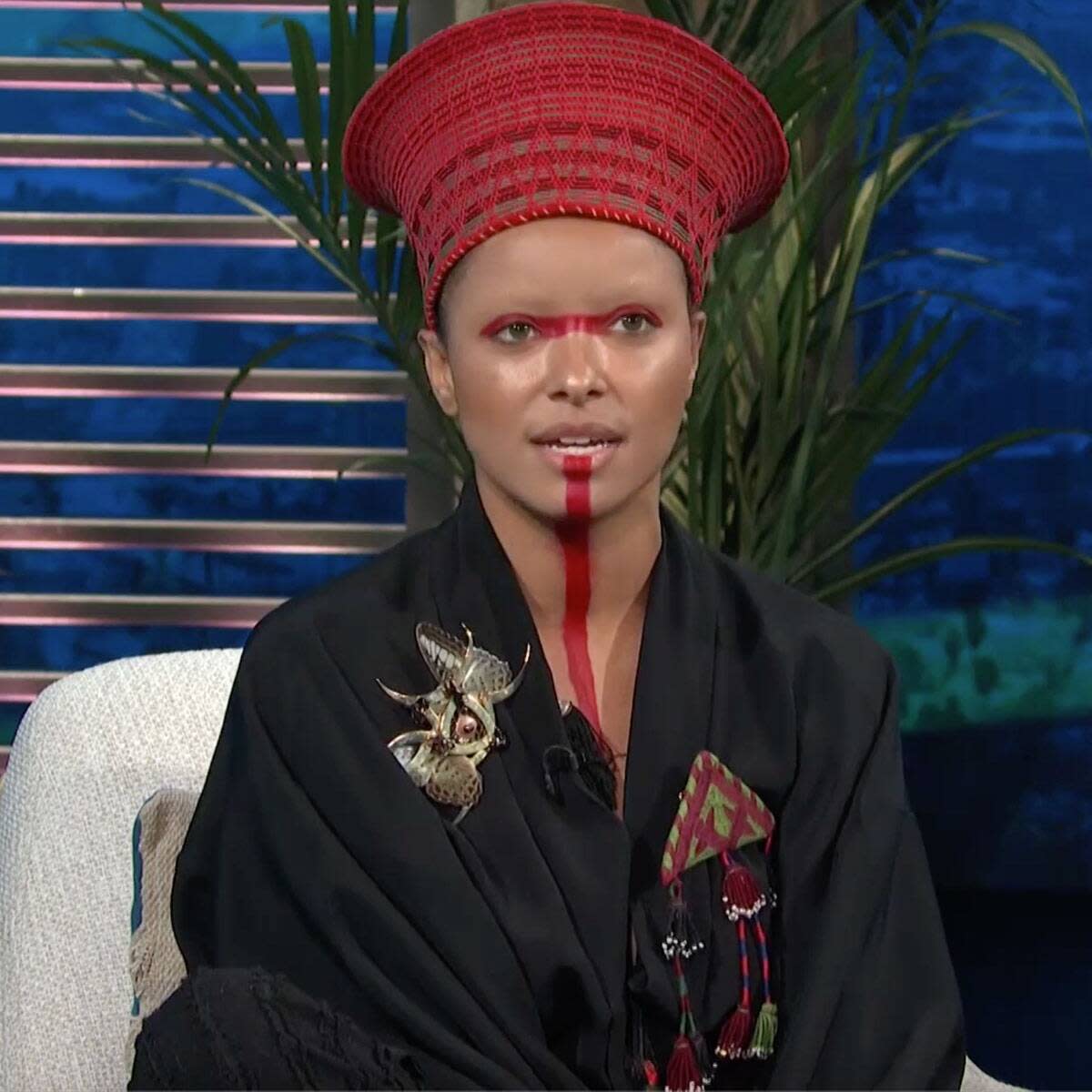 “I think that we as entertainers have this identity that we have to give to the public and be presentable, and I think sometimes we forget our core and our truth,” Toro Gato exclusively explained today. “As our artist, I want to explore that with this Toro Gato project and this entire NFT collection. I wanted to kind of dismantle my former identity.”

The “SWIM” singer continued, “I actually bury myself in one of these films. So this is a new version. They say it’s the alter ego but I actually think the more and more time I spend in this space, I think Kat is the alter ego and I am becoming the West African, the ruler, the monster, that’s not scared of anything that can show up without shoes on. I think that’s really fun, and a terrifying place to be.”

Toro Gato embraced her tribal ancestors and collected different garments that “represent who I am as a woman and where my ancestors are from.”

Gato noted, “In this Western, vey American-ized world, I think that sometimes it can look like a spectacle, but you will see that it’s not actually a costume,” she opened up. “What we’re wearing is a costume.”

And don’t expect there to be anything unnatural about Toro Gato. “I don’t think Toro Gato wears wigs,” she joked. “I just wanted to annihilate this idea that we needed to be a certain way to be accepted, that we need validation, and I hope that people can see that and find their own monster or creative outlet.”

The name Toro Gato shows the duality between the two egos, according to the artist formerly known as Graham.

“Toro Gato shows the light and the dark sides, so you know when you get really really angry and you’re scared of that monster and you don’t want to let that side out? Like, this is that version of that,” she said. “Gato is maybe the peaceful side, and both sides can exist. It’s showcasing the subconscious mind and the conscious mind.”

Toro Gato concluded, “I think with everything we’ve all experienced with COVID and quarantine and finding our truth, that is just kind of birthed it. I’ve been working on this since 2016 and I didn’t want to come out like this. I think a lot of it was the pandemic, a lot of it was looking at young Black girls crying after watching me celebrate my ‘fro and seeing that there is something really cool in truth.”

Watch the full interview above to meet Toro Gato ahead of her live presentation of “SWIM” on Sept. 8 to celebrate both her birthday and her “death day.”

“SWIM” is available now and the upcoming visual EP, TORO GATO: PART I will drop Sept. 10 and be available as an NFT exclusively through YellowHeart.

Ready or Not: The Fugees to Reunite for Tour Celebrating 25th Anniversary of ‘The Score’

The It List: New true-crime series revolves around dark side of the Chippendales, ‘The Wonder Years’ reboot features a Black family, Ariana Grande joins...

Britney Spears ‘couldn’t stay away from the gram,’ posts pics from weekend getaway to celebrate engagement

Thank u, next: New ‘The Voice’ coach Ariana Grande is ready to dethrone her veteran co-stars on season premiere

The It List: New true-crime series revolves around dark side the Chippendales, ‘The Wonder Years’ reboot features a Black family, Ariana Grande joins ‘The...