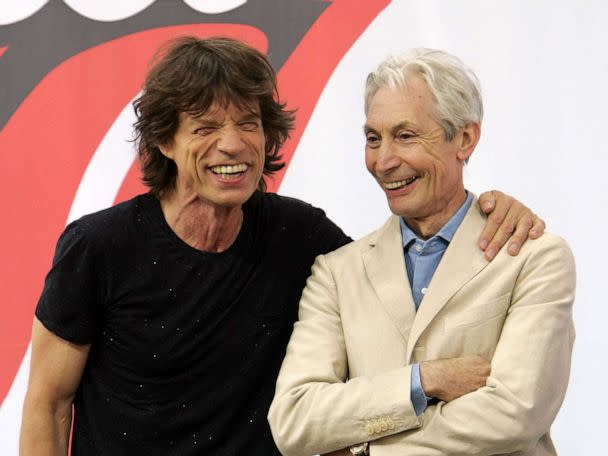 The Rolling Stones played their first gig without late drummer, Charlie Watts, who died on Aug. 24 at the age of 80, and did so in his honor.

Mick Jagger shared a video of the emotional dedication he made to Watts on stage at the event, a concert at Gillette Stadium in Foxboro, Massachusetts, hosted by New England Patriots owner Robert Kraft.

“It’s a bit of a poignant night for us, ’cause this is our first tour in 59 years that we’ve done without our lovely Charlie Watts,” the rocker told the crowd.

“I hope you will remember him like we do, so we’d like to dedicate this show to Charlie,” he said. “So we’re gonna do it for Charlie.”

Jagger then picked up a glass and raised it in a toast, handing the microphone to bandmate Ronnie Wood, who added, “Charlie, we’re praying for you, man, and playing for you!”

“What will we do now?” Jagger said. “Now I’m all emotional.”

The band went on to play a 15-song set with veteran drummer Steve Jordan behind the kit. The Rolling Stones’ No Filter 2021 tour officially kicks off this weekend.

Robin McNamara Dies: Star Of Broadway’s ‘Hair’, One-Hit-Wonder With ‘Lay a Little Lovin’ On Me’ Was 74

Adam Levine addresses criticism over his reaction to a fan grabbing him on stage: ‘I was really startled’