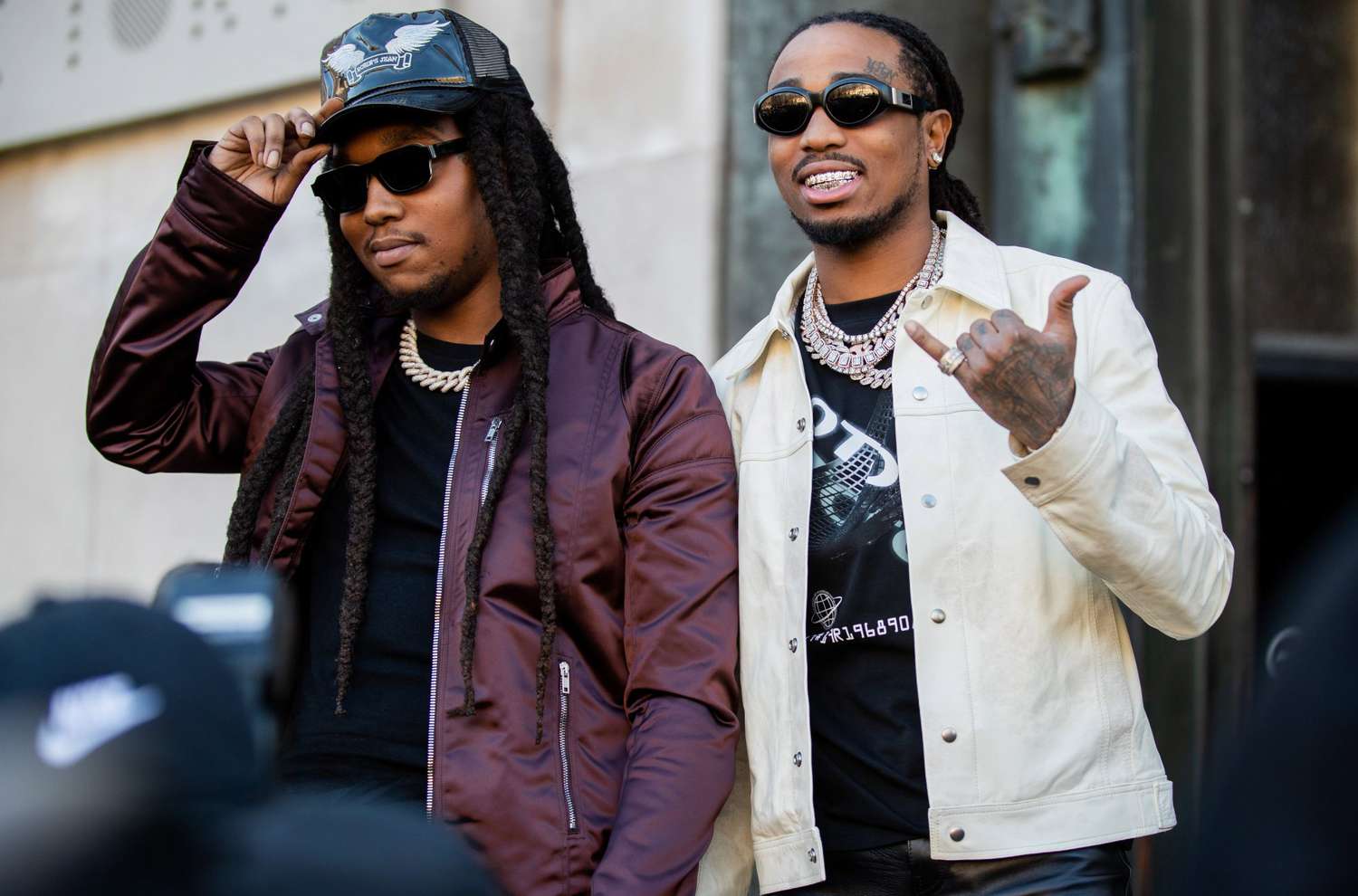 For the first time following the shooting death of his nephew Takeoff, Quavo has shared an emotional eulogy to honor a man whom he now sees as his “angel.”

The Migos member, 31, on Saturday posted a lengthy statement to Instagram, written alongside a collage of personal photos, as he reflected on the bond that they shared, not just as a nephew and his uncle — or as some would call them “Unc and Phew” — but rather as an inseparable duo. The statement comes 11 days after Takeoff was shot and killed in Houston on Nov. 1 at age 28, following a private party with Quavo, who was not injured in the incident.

“This whole time I’ve been trying to figure out what you really are to me because nephew wasn’t it. We hated the word ‘nephew’ or when they said ‘Unc and Phew’ because we always knew we were way closer than that and it made me feel old too,” Quavo wrote. “Now I finally get it… you are OUR angel watching me and watching us this whole time in living form, making sure EVERYONE FELT UR LOVE AND HUGS while u here and u made our dreams come true.”


Quavo started his letter with the words “Dear Take,” before reflecting on some of their earliest childhood memories — aspirations of being in the WWE together (which they eventually achieved) and even winning a Boys and Girls Club talent show by performing the 2000 track “Get Your Roll On” by Big Tymers.

As Quavo recalled, Takeoff had a “REAL passion for music” from a young age, and while Quavo wasn’t sure what he wanted to do and attempted to pursue sports, Takeoff already “knew every song off the Hot Boyz album.”

“So it’s safe to say we had something going then,” Quavo wrote. “It came easy to us when it came to style and swag. We were always looking like somebody cuz our mama dressed us like rappers or grown men as u can see in the pictures! Our clothes were huge, but we had the look!!!”

Beyond their childhood together, Quavo toasted Takeoff’s work with Migos — the Grammy-nominated group that they formed alongside cousin Offset that went on to earn two Billboard No. 1 albums. He attributed the creation of Migos’ iconic “triplet flow,” which they brought to the forefront of popular music throughout the 2010s, to Takeoff. “He never worried about titles, credit, or what man got the most shine, that wasn’t him,” Quavo continued, “He didn’t care about none of that as long as we brought it back home to the family!”

But ultimately, Takeoff was family. Quavo wrote about the pride he feels having seen the world with his nephew, and the ways he’s blessed members of their immediate family. “You will continue to send your blessings down from Heaven, and I will continue to keep your name alive as long as I live,” he shared. “It’s always been my responsibility to look after my nephews and nieces. I will do that before we make moves or any decisions, we gon’ always say, ‘What would Take think?’ Always been, ain’t nun gonna change. Me and u knew we gon always be with each other for life and jus like now we gon see each other again. I love you with all my heart.”

Wrapping up his eulogy, Quavo asked his late nephew to ask God what he has to do to “be with you again… In a place where there’s no pain, no demons, no jealousy, no envy, no greed.”

“Whatever we have to do God, to be at that place of paradise, send us the tools now cuz we wanna be with Take. Love you nephew!”

The emotional tribute came a month after Quavo and Takeoff released their collab album Only Built for Infinity Links on Oct. 7. It also came just a day after Takeoff’s Celebration of Life at the State Farm Arena in Atlanta. Both Migos members, Quavo and Offset, were in attendance as others like Drake gave speeches to honor the late rapper. Chloe Bailey and Justin Bieber were among the performers at the event, where Bieber played an acoustic version of his song “Ghost” for the 21,000 in attendance.

Fans are encouraged to donate to The Rocket Foundation, a charity honoring Takeoff’s legacy that intends “to support programs which are saving lives through proven, community-based solutions to prevent gun violence.” The charity’s first round of funding will go toward the Community Justice Action Fund, H.O.P.E. Hustlers, Live Free, and Offenders Alumni Association.