Home Lifestyle Music Questlove missed the Will Smith-Chris Rock drama because he was meditating before... 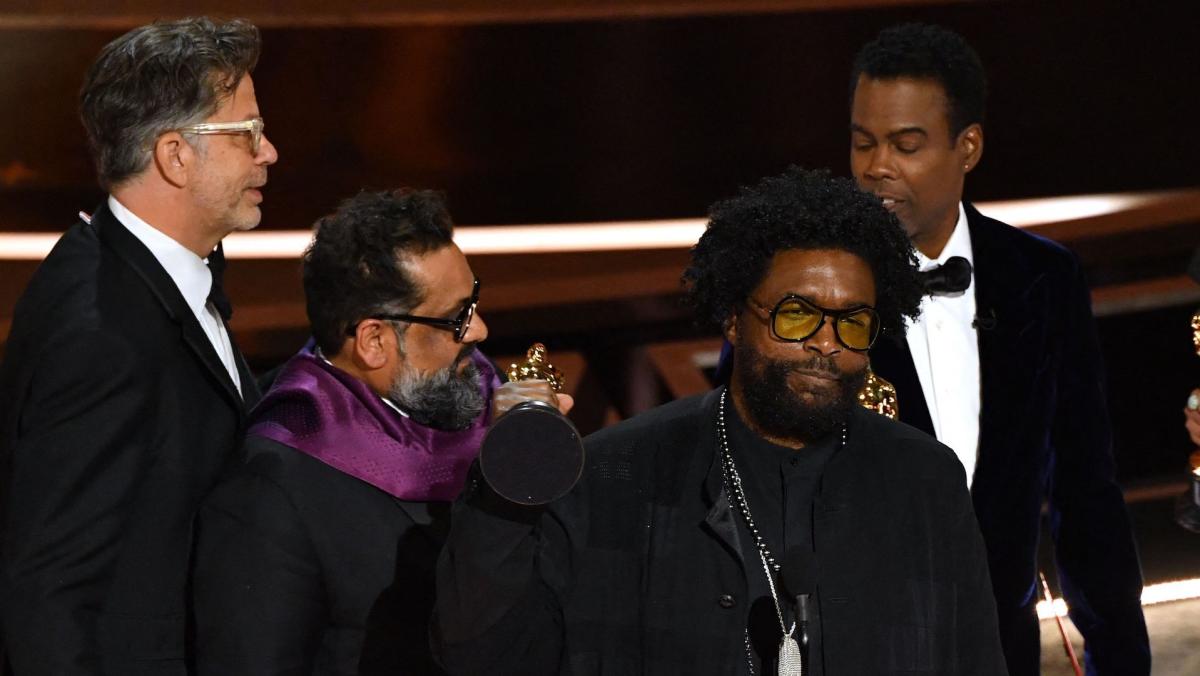 Practically the entire world has now seen Will Smith slapping Chris Rock’s face at the 94th Academy Awards on Sunday. However, there was one person who was physically in the room — and managed to miss the entire thing.

The Roots frontman, Ahmir “Questlove” Thompson, who can now go by Academy Award-winning documentary director Questlove, made it back to his stomping grounds at The Tonight Show Starring Jimmy Fallon on Monday, where he shared what was going through his mind during the now-controversial and viral moment, when Will Smith attacked Chris Rock at the Oscars after the comedian cracked a joke about Smith’s wife, Jada Pinkett Smith. As it turns out, what was going through his mind was nothing at all.

I was not present at all. I was just in a blank space.Questlove

The incident happened while Rock was on stage to present the award for Best Documentary, the category in which Questlove’s film, Summer of Soul, was nominated (and ultimately won). To deal with his anxiety after being notified that his category was up next, Questlove said he went into a state of transcendental meditation during the commercial break.

“So when I opened my eyes, I didn’t realize, like, why is everyone so quiet? Like, I literally was not present for that whole entire moment,” Questlove shared with Fallon. “And as I’m walking to the stage, I’m kind of putting two and two together and I realize that that was a real moment, like, maybe three seconds before I spoke words.”

Questlove went on to share that, in his mind, he thought Smith and Rock, who are two close friends of his, were just doing a rehearsed bit, so he was spending the moment remembering who he would need to thank if he won.

“So I was not present at all. I was just in a blank space,” admitted Questlove who, after all the drama, went on to accept his very first Academy Award.

Watch Will Smith stunning Oscar viewers by going on stage to slap Chris Rock over a joke about Jada Pinkett Smith: