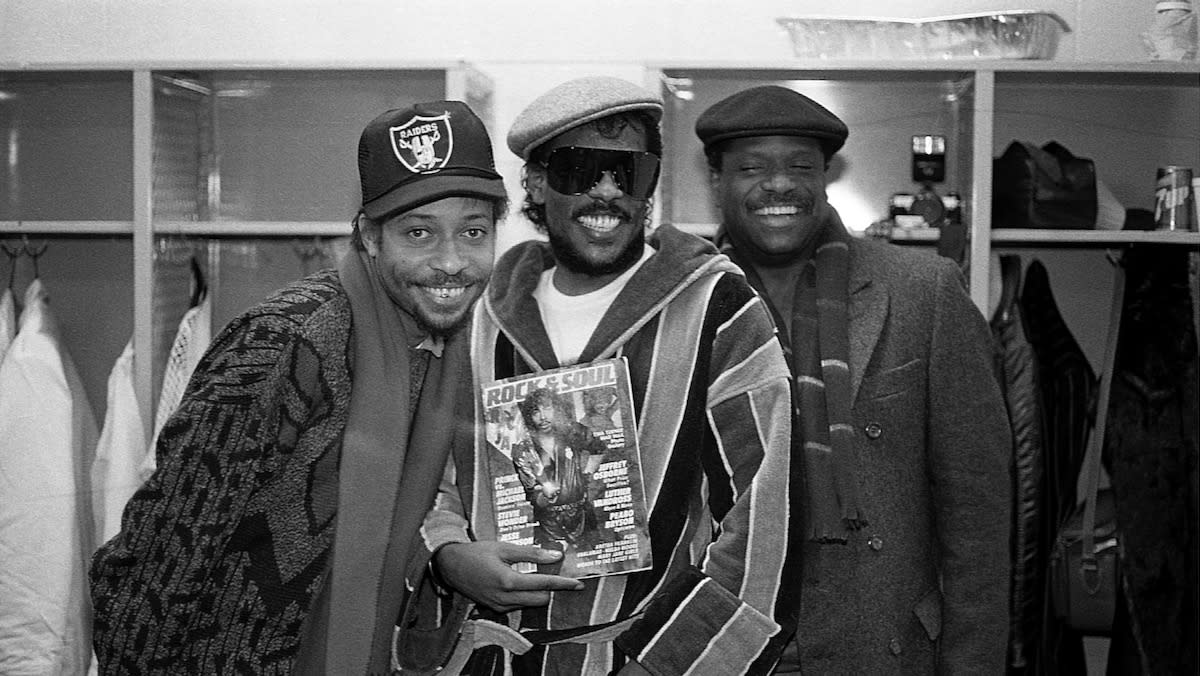 The post R.I.P. Ronnie Wilson, Co-Founder of The Gap Band Dead at 73 appeared first on Consequence.

Ronnie Wilson, co-founding member and multi-instrumentalist of pioneering funk group The Gap Band, has died at the age of 73.

In a statement to TMZ, Wilson’s wife, Linda, said her husband suffered a stroke last week and never recovered. He passed away Tuesday morning (November 2nd).

Hailing from Tulsa, Oklahoma, The Gap Band consisted of brothers Ronnie, Charlie, and Robert Wilson. After initially serving as a backing band for fellow Oklahoman Leon Russell, the brothers found their own success after linking up with record producer Lonnie Simmons and signing to Mercury Records.

The Gap Band’s 1979 self-titled album produced the group’s first top 10 single with “Shake.” The following year, the band’s follow-up album, The Gap Band II, achieved gold status thanks in part to the single “Don’t Believe You Want to Get Up and Dance (Oops!),” which peaked at No. 4 on the Billboard R&B charts. 25 years later, the song was sampled by Mark Ronson on his hit single “Uptown Funk.”

After Charlie Wilson collaborated with Stevie Wonder on 1980’s “I Ain’t Gonna Stand For It,” The Gap Band achieved a whole new level of fame. Their album The Gap Band III went No. 1 on the R&B charts and No. 16 on the Billboard 200, and featured a trio of top 10 singles in “Yearning for Your Love,” “Burn Rubber on Me (Why You Wanna Hurt Me),” and “Humpin.” They earned their second No. 1 album two years later with The Gap Band IV, which was led by a pair of No. 1 singles, “Early in the Morning” and “Outstanding,” as well as by “You Dropped a Bomb on Me,” which peaked at No. 2. Notably, Dave Grohl has cited “Early in the Morning” as the song that inspired his drum intro on Nirvana’s “Smells Like Teen Spirit.”

The Gap Band continued to release albums through the duration of the 1980s, and saw moderate success on the R&B charts. But after Charlie Wilson decided to pursue a solo career, the band’s activities decreased significantly.

Over the years, The Gap Band’s musical has been sampled by numerous acts, including Tyler the Creator (“911 / Mr. Lonely”), Nas (“Life’s a Bitch”), and Snoop Dogg (“Snoop’s Upside Ya Head,” “Doggfather”), among others.

Carrie Underwood Takes Her Family to Disney World: We ‘Made a Million Memories’

Jana Kramer Marks First Thanksgiving Without Her Kids After Divorce: ‘My Heart Hurts’