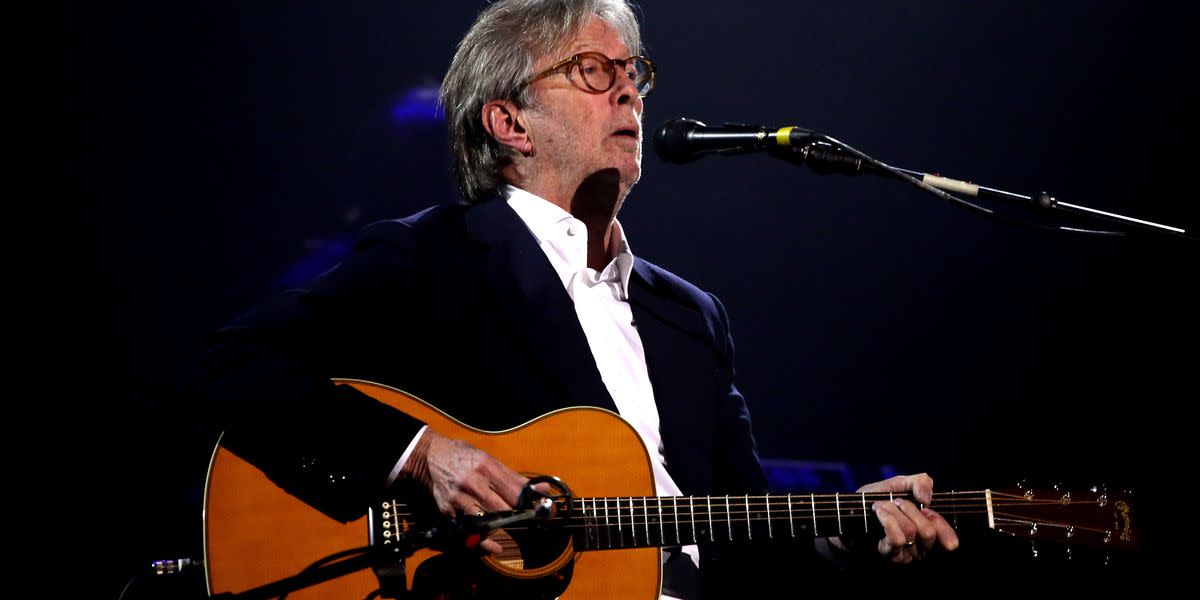 Vehement anti-vaccine rocker Eric Clapton has put out what appears to be a musical rant against pandemic restrictions and vaccines.

The animated music video for the legendary guitarist’s apparent anti-vaccine anthem “This Has Gotta Stop” features an evil puppeteer and protesters brandishing signs reading “Liberty” and “Stop.” (Check it out in the video up top.)

It also includes an illustration of Jam for Freedom, the British anti-lockdown street performance group that Clapton supports, noted Rolling Stone, which was the first to report Clapton’s latest.

“I can’t take this BS any longer. It’s gone far enough,” Clapton sings on the track.

“I knew that something was going on wrong / When you started laying down the law / I can’t move my hands / I break out in sweat,” he added, referring to the side effects Clapton has said he experienced after vaccination.

The veteran British musician, 76, has blasted COVID-19 vaccines since what he called his own “disastrous” health struggles after receiving the AstraZeneca vaccine. After the first jab, he “straight away had severe reactions which lasted ten days,” he explained in a note that was shared on social media in May.

After the second injection, “my hands and feet were either frozen, numb or burning, and pretty much useless for two weeks; I feared I would never play again,” Clapton added.

He has characterized assurances that COVID-19 vaccines are safe as “propaganda.” It’s “hard to bite my tongue with what I now know,” wrote Clapton, who refuses to perform at any venue where vaccines are required.

“I will not perform on any stage where there is a discriminated audience present,” he declared last month on social media.  “Unless there is provision made for all people to attend, I reserve the right to cancel the show.”

Health experts around the world say that serious side effects from COVID-19 vaccines are infinitesimal compared to the health and lives saved.

Early this month, Queen guitarist Brian May zapped Clapton’s stance on vaccines in an interview.

“I love Eric Clapton, he’s my hero, but he has very different views from me in many ways,” May told The Independent.

Clapton’s complaint about unvaccinated fans being “discriminated” against at a concert is ironic, given his recently resurfaced racist comments. A visibly drunk Clapton asked from the stage during a 1972 concert for “foreigners” to raise their hands — then recommended they leave. He railed about “keeping Britain white” and said that he “used to be into dope,” but was then “into racism.”

He has since apologized for the comments.

Clapton is scheduled to perform next month in Louisiana, Tennessee, Georgia, Florida and Texas, states with some of the highest runaway rates of COVID-19 cases in the nation.

Nicki Minaj’s #BallGate: Everything you need to know about the rapper’s controversial COVID vaccine comments

White House says it offered Nicki Minaj a phone call, not a visit as rapper claimed

And the winner of ‘America’s Got Talent’ Season 16 is…