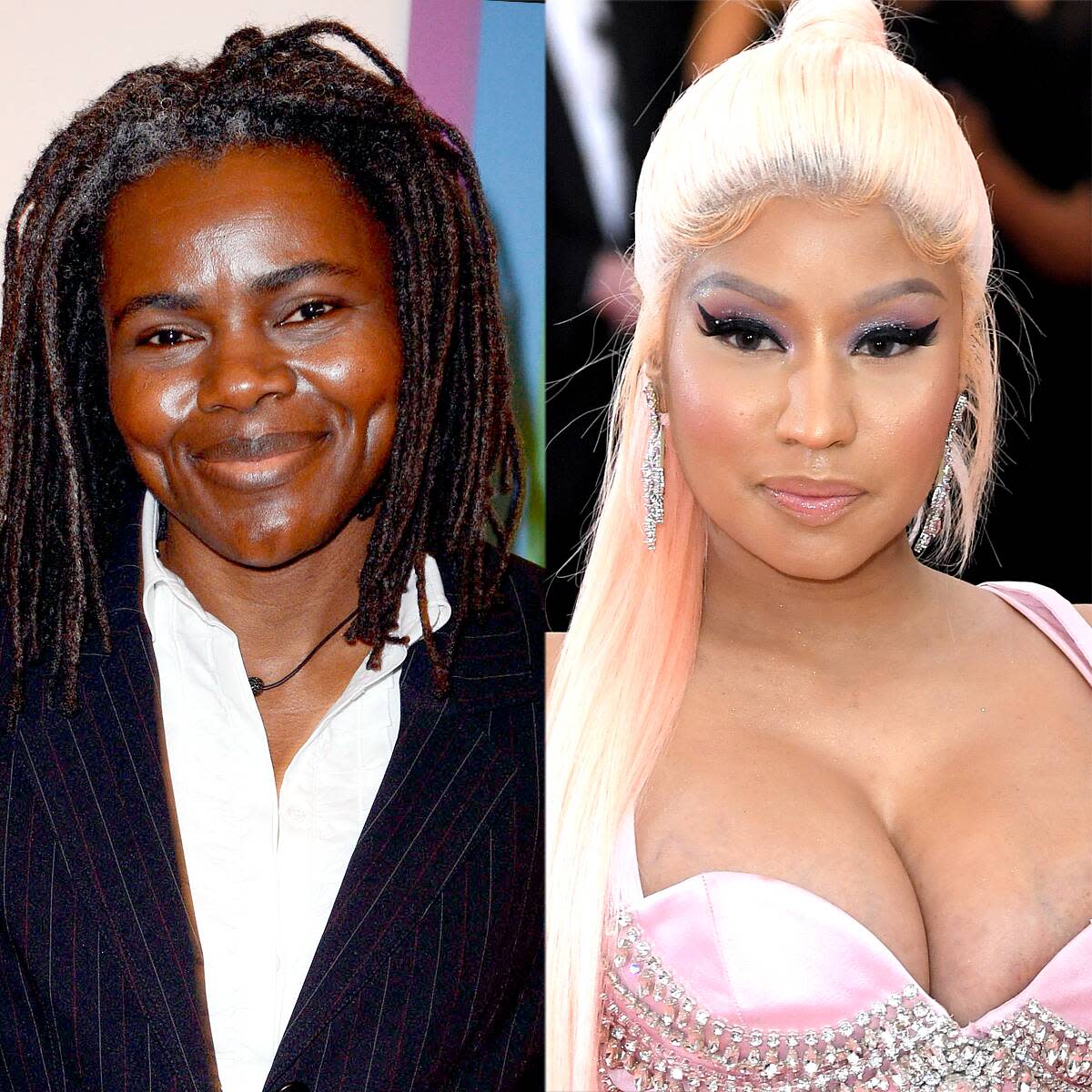 Nicki Minaj and Tracy Chapman are ready to put this legal battle behind them.

According to documents filed in California court on Jan. 7 and obtained by E! News, the 56-year-old songwriter has accepted the 38-year-old rapper’s offer of judgment in their copyright infringement case. On Dec. 17, Minaj offered to pay Chapman $450,000, and the “Fast Car” artist accepted the deal on Dec. 30. As a result, they will no longer head to the trial they had scheduled for later this year.

“Judgment shall be entered in favor of plaintiff Tracy Chapman and against Defendant in the amount of $450,000,” the Dec. 17th filing read, noting that this sum was “inclusive of all costs and attorney fees incurred to date.”

In a statement to E! News, Chapman reacted to the settled case. “I am glad to have this matter resolved and grateful for this legal outcome which affirms that artists’ rights are protected by law and should be respected by other artists,” she said in a statement via her publicist Howard Bragman. “I was asked in this situation numerous times for permission to use my song; in each instance, politely and in a timely manner, I unequivocally said no. Apparently, Ms. Minaj chose not to hear and used my composition despite my clear and express intentions.”

Chapman said she’s “been known to be protective” of her work and claimed she’s “never authorized” the use of her songs for samples or requested a sample. She then added that the lawsuit against Minaj was an effort to defend herself and her work and to protect “the creative enterprise and expression of songwriters and independent publishers like myself.”

As fans may recall, the case was originally filed in October 2018, just a few months after Minaj dropped her fourth studio album Queen. In the days leading up to the August 2018 release, the 10-time Grammy nominee suggested there was an issue with one of the songs.

“So there’s a record on #Queen that features 1of the greatest rappers of all time,” she wrote, per Variety, in a series of since-deleted tweets. “Had no clue it sampled the legend #TracyChapman—do I keep my date & lose the record? Or do I lose the record & keep my date? ‍Do we push #Queen back 1week? Ugh! I’m torn, y’all help. Tracy Chapman, can you please hit me. omg for the love of #Queen.”

That song was “Sorry” featuring Nas, and it sampled Chapman’s “Baby Can I Hold You.” Despite making a public plea to Chapman, Minaj reportedly later tweeted, “Sis said no.”

While “Sorry” never made it on the album, fans did get to hear it. According to The Hollywood Reporter, the song was allegedly leaked to DJ Funkmaster Flex and spread online. Chapman sued Minaj for copyright infringement, seeking damages and prevention of use of “Sorry.”

According to Rolling Stone, citing the complaint, Chapman claimed her representatives “repeatedly denied” Minaj’s multiple “after-the-fact requests to use the Composition,” which the “Super Bass” star’s team reportedly started sending in June 2018.

“Tracy Chapman very much protect [sic] her rights and she has a right to deny a license when requested,” Chapman’s lawyer Lee Phillips told the outlet. “There’s no question that this is infringement. If you ask what Nicki Minaj’s defense [is] going to be, we have no idea.”

Minaj responded to the lawsuit in February 2019. According to Rolling Stone, citing the response, Minaj argued the interpolation was protected by fair use. She reportedly claimed Chapman has “not properly registered her claim to the copyright in the Composition [‘Baby Can I Hold You’].” Per the outlet, she therefore alleged Chapman doesn’t own the “copyright in issue and therefore lacks standing to bring the claims alleged in the Complaint.”

In terms of the creation of “Sorry,” Minaj’s team defended it.

“[I]n the process of creation, no one approaches the original songwriter (the ‘rights holder’) for a license to experiment,” Minaj’s court brief read, per The Hollywood Reporter. “The musicians just experiment. If something works, and the recording artist wants to release the song commercially, then the record label, managers, and attorneys get involved and seek the required permission. If it is granted, the recording is commercially released. If permission is denied, the recording is discarded; no one is harmed; and the experimentation begins anew.”

“Recording artists require this freedom to experiment, and rights holders appreciate the protocol as well,” the brief continued, per the outlet. “Often, the rights holder does not want to simply approve a use in the abstract–i.e., ‘any hip hop version of your song.’ The rights holder wants to hear the actual version before giving her permission. The plaintiff here, Tracy Chapman, wants to turn this process on its head.”

Per The Hollywood Reporter, Judge Virginia Phillips decided in September 2020 that the creation of “Sorry” fell under fair use of copyright.

“Chapman has requested samples of proposed works before approving licensing requests herself because she wanted ‘to see how [her work] will be used’ before approving the license, yet Chapman argues against the very practice she maintains,” the judge reportedly wrote. “A ruling uprooting these common practices would limit creativity and stifle innovation within the music industry. This is contrary to Copyright Law’s primary goal of promoting the arts for the public good.”

Still, the case was far from over, especially when it came to the alleged leak. However, it looks like both parties have now agreed that $450,000 is enough for an offer of judgment and are ready to move on.

E! News has reached out to Minaj’s team for comment but has yet to hear back.

The Triumph of BTS

Alan Jackson opens up about family tragedies, six-year recording hiatus and the joy of making music again: ‘It just about made me tear up’

Pink on being pitted against Britney Spears, Christina Aguilera early on: ‘None of us wanted that’