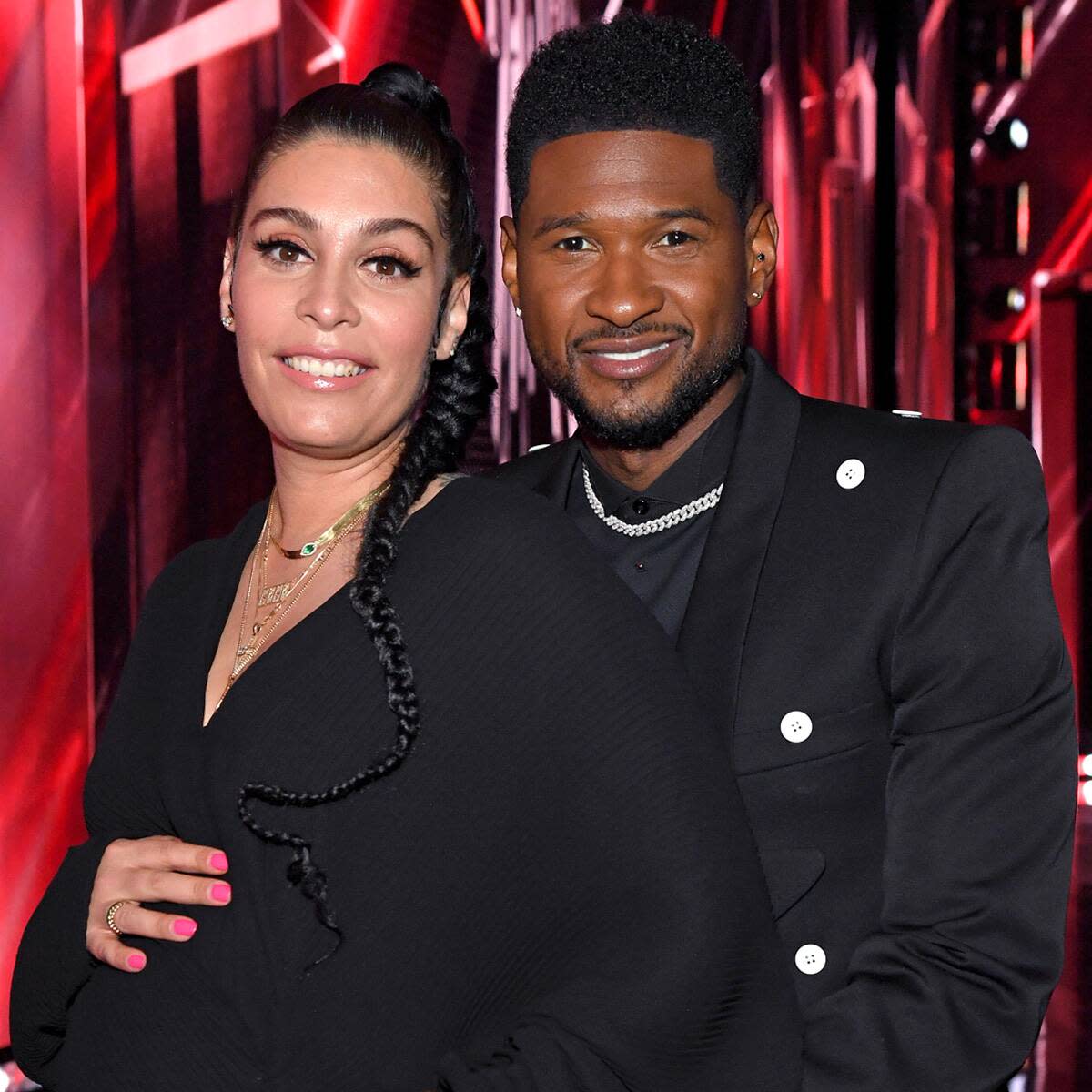 Oh my gosh! Usher and Jenn Goicoechea are parents again!

Just four months after the singer announced that he and his music-executive girlfriend were expecting their second child together, Usher confirmed the little one’s arrival with a heartwarming Instagram post on Tuesday, Oct. 12.

“Hi, my name is Sire Castrello Raymond..I am the newest addition to the Raymond crew,” the musician captioned a black-and-white photo featuring the bottom half of his newborn’s face. Revealing that his youngest child was actually born a few weeks prior, he continued, “I was born Sept. 29, 2021, at 6:42 p.m., weighing 7lbs 13oz. Hear me roar…A.K.A Ra Ra.”

Sire’s date of birth is almost exactly one year after the couple welcomed their first child together, a daughter named Sovereign, who arrived on Sept. 24, 2020. Usher is also father to sons Usher Raymond V, 13, and Naviyd Ely Raymond, 12, with ex-wife Tameka Foster.

Because Sire was born just days after older sister Sovereign’s birthday, the couple’s newest addition is also a Libra.

“[Sovereign] came out early,” he said on The Ellen DeGeneres Show last November about his now 12-month-old daughter. “She was scheduled to be a Scorpio but decided she had a different plan. Libras, you know—they kinda have their minds made up on what they wanna do.”

Usher should know—he’s also a Libra!

Lourdes Leon shares advice from mom Madonna: ‘It’s not about the money or your face or how hot you look’