Home Lifestyle Music Why ‘Encanto’’s ‘We Don’t Talk About Bruno’ song is everywhere — plus... 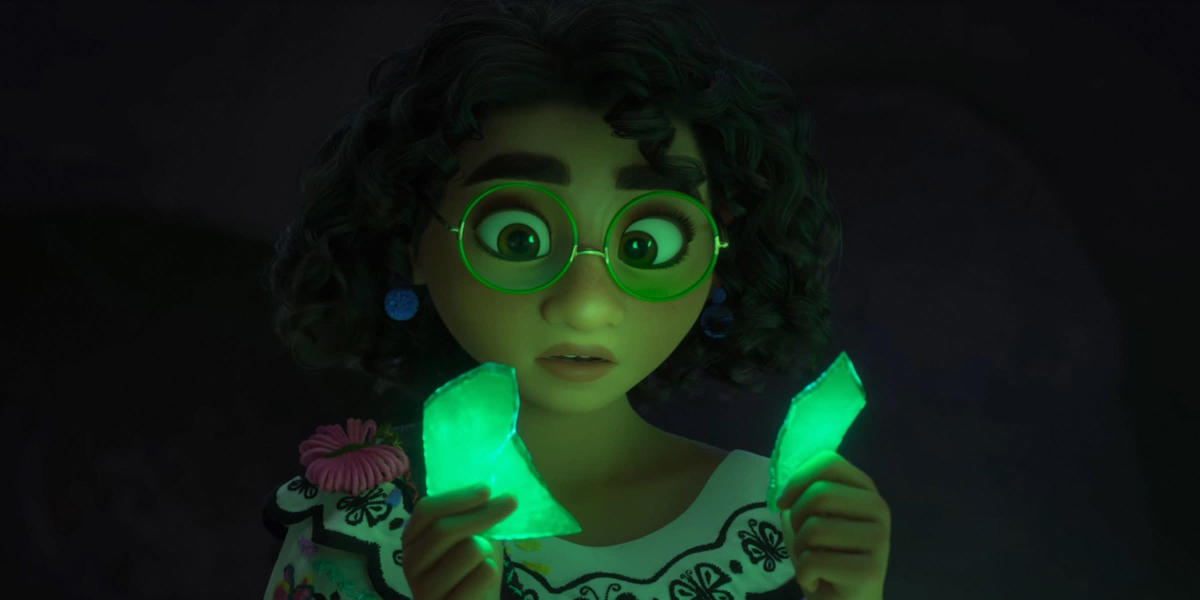 Disney’s “Encanto” originally debuted in theaters on Nov. 24, but ever since the animated flick was released on Disney+ fans have become obsessed with standout track “We Don’t Talk About Bruno.”

All of the songs in “Encanto” were penned by Lin-Manuel Miranda, who has proved time and time again with musicals like “Hamilton” and “In the Heights” and fellow Disney film “Moana” that he definitely knows how to write a catchy song. For “We Don’t Talk About Bruno,” Miranda crafted a song with unique verses sung by different characters.

Each character’s verse reflects their individual style and also combines a variety of melodies that somehow work together in the one song.

“Encanto” tells the story of Mirabel, voiced by Stephanie Beatriz, who is the only member of the Madrigal family who did not receive a magical gift. In the movie, she discovers that her family members and the magical house they live in are losing their special abilities. To keep the magic alive, Mirabel needs to learn more about her ostracized uncle Bruno, voiced by John Leguizamo, who disappeared 10 years ago. However, the other family members do not want to discuss the shunned uncle, hence the earworm’s clever title.

“We Don’t Talk About Bruno,” brings almost the entire main cast together. Aunt Pepa and uncle Félix, voiced by Carolina Gaitán and Mauro Castillo, begin the tune by recalling their stormy wedding day before older cousin Dolores, voiced by musician Adassa, jumps in to explain why Bruno distanced himself from the family. Younger cousin Camilo, voiced by Rhenzy Feliz, then dramatically describes their uncle’s appearance and why people fear him. A few townspeople also join to point out why they dislike Bruno.

Mirabel’s older sister Isabela, voiced by Diane Guerrero, arrives in a theatrical fashion to hilariously chime in that Bruno predicted a great future for her. Beatriz’s Mirabel takes the final verse before all of the main characters sing their parts in unison and dance around their dining room. The spectacle is one of the many impressive group dance numbers in the movie.

As of this writing, “We Don’t Talk About Bruno” is the No. 1 song on Spotify’s Top Songs–USA chart and “Surface Pressure,” another equally memorable tune, sits a few spots below it.

The Billboard Hot 100 chart for the week of Jan. 15 lists “We Don’t Talk About Bruno” at No. 5 and its growing popularity could push it all the way to the top spot.

Fans of the movie and the song have flooded social media with posts about how much they love “We Don’t Talk About Bruno” and which character nails their part.

One Twitter user used a popular meme to joke about constantly listening to the track.

Another viewer gave a special shoutout to Camilo’s section. “This part of we dont talk about bruno is so addictive omg,” they tweeted along with an edited video of a person dancing to Camilo’s snippet.

One fan voiced their bold, but understandable, opinion that “We Don’t Talk About Bruno” is even better than “Let It Go” from “Frozen,” one of the most beloved songs in the Disney canon.

“So has everyone had ‘We Don’t Talk About Bruno’ stuck in their head for the last month and a half, or is that just me?” one Twitter user asked in possibly the most relatable tweet about “Encanto.” He added, “Like you can guarantee that at any moment my brain is just like ‘ISABELLA YOUR BOYFRIENDS HERE! TIME FOR DINNER! SEVEN FOOT FRAME, RATS ALONG HIS BA—’”

Another viewer jokingly demanded Miranda reveal his secret to composing unforgettable tunes. “LIN MANUEL MIRANDA WHAT DID YOU PUT IN WE DONT TALK ABOUT BRUNO,” they wrote.

Whatever the secret is, there’s no denying that “We Don’t Talk About Bruno” will be stuck in our heads for weeks.

‘We Don’t Talk About Bruno’ — the full lyrics

We don’t talk about Bruno, no, no, no We don’t talk about Bruno, but It was my wedding day (it was our wedding day) We were getting ready, and there wasn’t a cloud in the sky (no clouds allowed in the sky) Bruno walks in with a mischievous grin (thunder) You telling this story or am I? I’m sorry, mi vida, go on Bruno says, “It looks like rain” (why did he tell us?) In doing so, he floods my brain Abuela, get the umbrellas Married in a hurricane What a joyous day! But anyway

Hey, grew to live in fear of Bruno stuttering or stumbling I can always hear him sort of muttering and mumbling I associate him with the sound of falling sand, ch ch ch It’s a heavy lift with a gift so humbling Always left Abuela and the family fumbling Grappling with prophecies they couldn’t understand Do you understand?

A seven-foot frame, rats along his back When he calls your name it all fades to black Yeah, he sees your dreams and feasts on your screams (hey)

He told me my fish would die, the next day, dead (no, no) He told me I’d grow a gut and just like he said (no, no) He said that all my hair would disappear Now, look at my head (no, no) Your fate is sealed when your prophecy is read

He told me that the life of my dreams Would be promised, and someday be mine He told me that my power would grow Like the grapes that thrive on the vine (óye, Mariano’s on his way)

He told me that the man of my dreams Would be just out of reach Betrothed to another It’s like I hear him, now

Hey sis, I want not a sound out of you

Um, Bruno Yeah, about that Bruno I really need to know about Bruno Gimme the truth and the whole truth, Bruno

A seven-foot frame, rats along his back When he calls your name it all fades to black Yeah, he sees your dreams and feasts on your screams You telling this story or am I? Óye, Mariano’s on his way Bruno says, “It looks like rain” In doing so, he floods my brain Married in a hurricane

I never should’ve brought up Bruno!