Skiing the East vs. the West is not a competition. And it’s not about ice vs. powder, either. While there are vast differences between the two regions, skiers and snowboarders who love the sport know Vermont is the real deal, with serious ski culture and history serving as a foundation for some of the best mountains — and best snow — anywhere.

Here are six reasons why Vermont should be at the top of the list for your next ski vacation.

1. Skiing Vermont is a badge of honor. 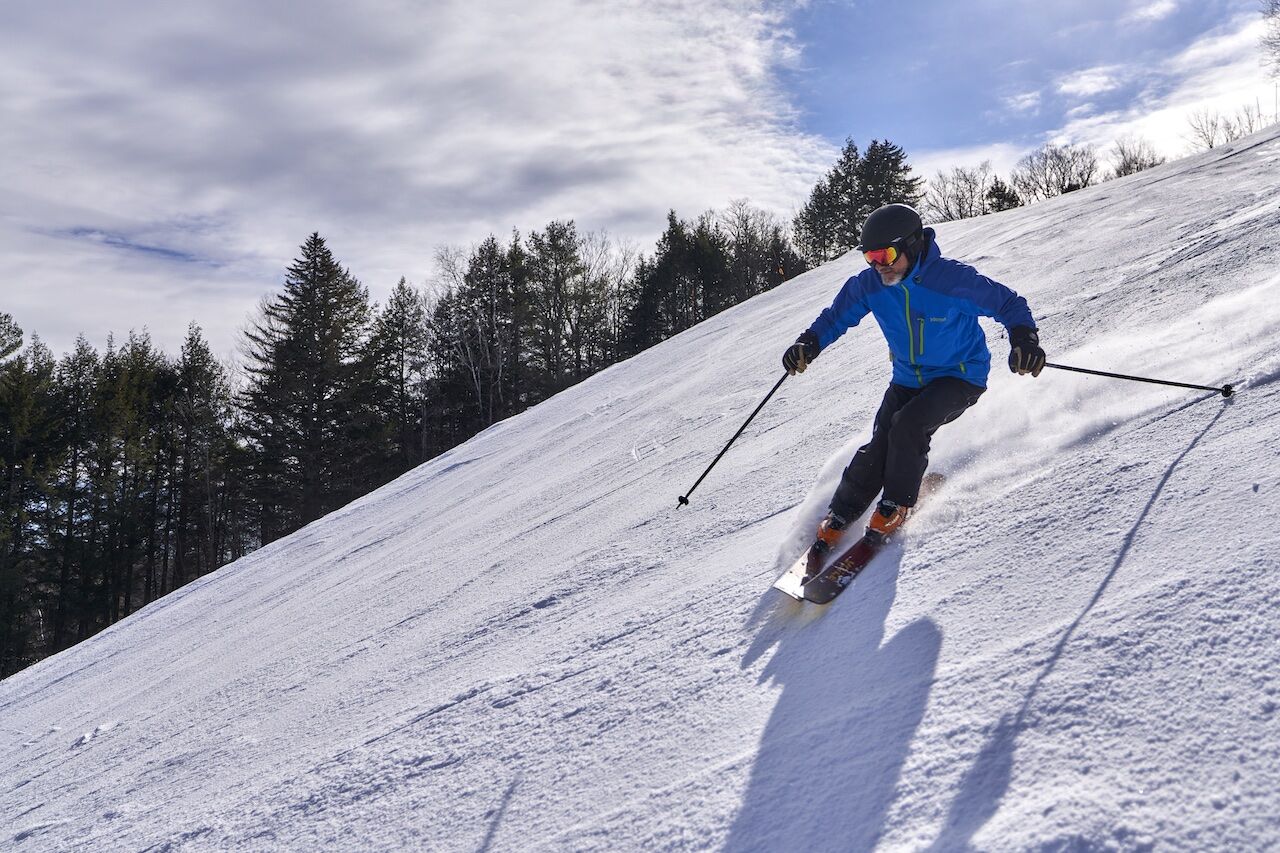 Vermont is a great place to learn how to ski, with plenty of easy trails and great ski schools. However, you’ll have to earn those turns out on the slopes. While almost anyone can learn to ski on fluffy powder, the state’s challenging terrain, and sometimes unpredictable conditions, often push skiers’ limits, which builds confidence and — likely — makes better skiers. Conquering an intermediate trail in the Green Mountains is akin to skiing a West Coast expert piste.

But have no fear, advanced skiers. Your skills will also be tested here. Vermont’s resort trails tend to be cut aggressively, narrow, and ledgy. So while there’s always something available for the beginner or novice, black runs tend to be steeper, more rugged, and wilder than what you may have experienced out West. In some places, the rocks never get covered. The iconic Mad River Glen is the epitome of this, a mountain with minimal snowmaking and grooming. Its motto says it all: “Ski It If You Can.”

2. It’s a myth that the East doesn’t get powder. 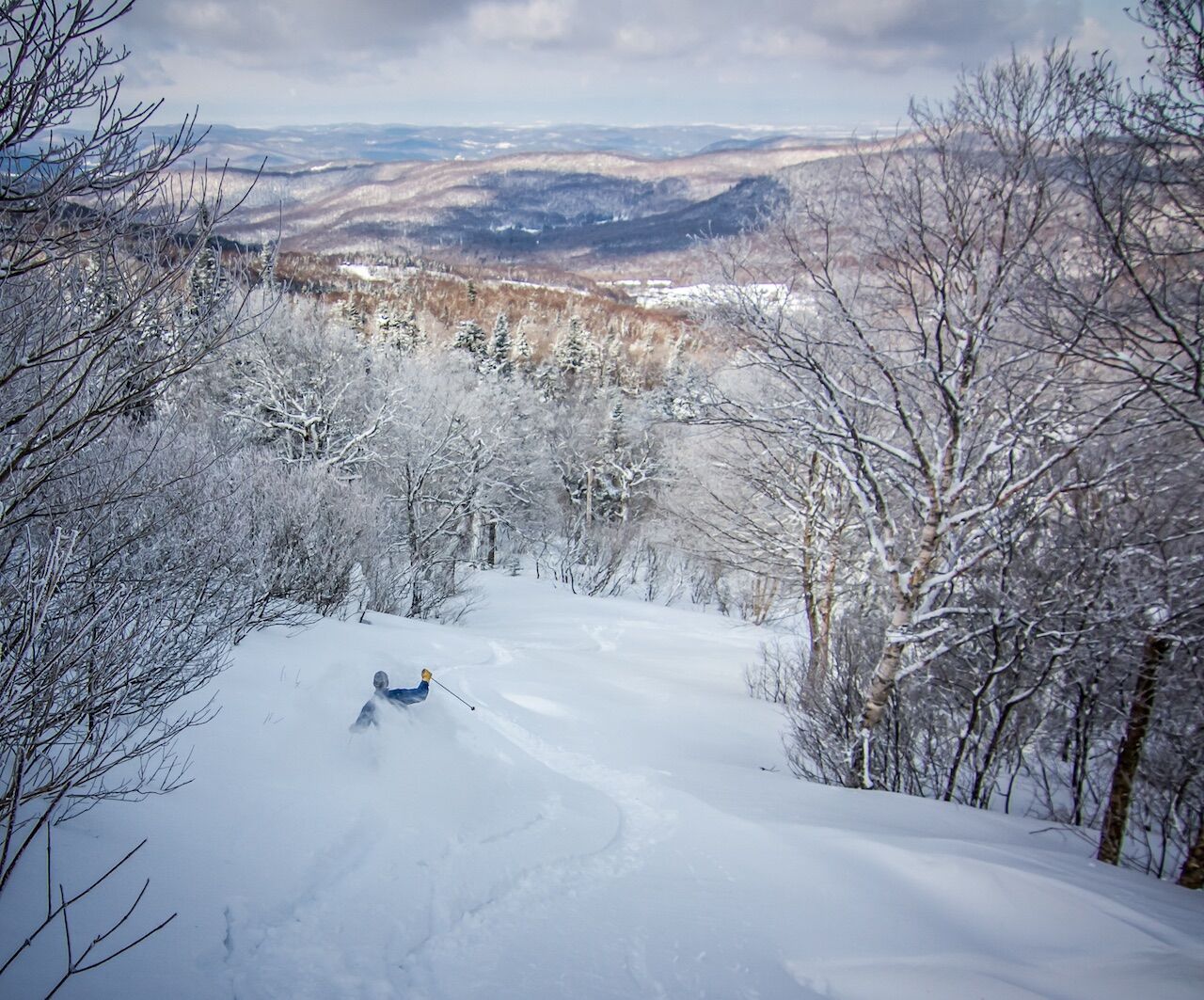 Vermont gets its fair share of Nor’easters that can quickly dump 12-24 inches, along with Canadian clippers that quietly drop more snow in the mountains, so over a typical winter the state’s snowfall totals really stack up. If you’re looking for freshies, not only does Vermont have it, the backcountry is packed with it. Tree skiers should make sure to check out the back bowls at Smugglers’ Notch, the many gladed areas of Jay Peak Resort, and the steep tree lines of Magic Mountain.

There are other secret stashes — you just have to know where to look. Chat up a local on the lift and chances are they can point you in the right direction. Otherwise, try the Teardrop Trail, which was cut in the 1930s. It’s found on the west side of Mount Mansfield and offers some of the best off-piste skiing in the state. 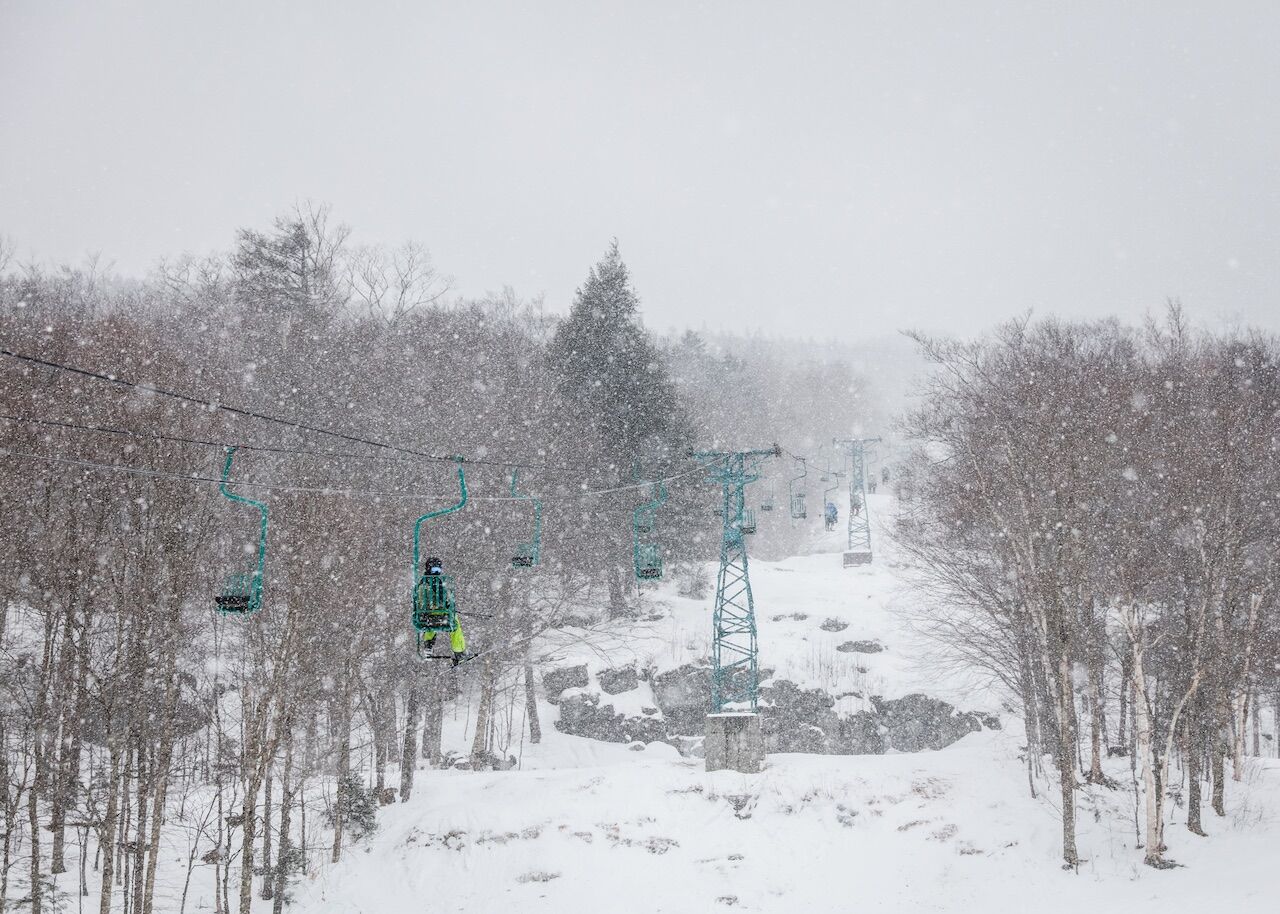 The roots of skiing in Vermont run deep — you can feel it when you ski here — and the state is credited with lots of firsts for the industry. In the 1920s, during the days of leather-strapped skiing, the first backcountry Nordic trails were cut and cleared at Bolton Valley.

Established in 1934, the ski area of Saskadena Six (formerly known as Suicide Six) is the oldest in Vermont. Not only that, but the first-ever rope tow in America was installed here on Hill No. 6 by former Dartmouth College ski instructor Wallace “Bunny” Bertram.

Mad River Glen’s famous single-chair lift started operating in 1948, and it’s currently one of only two areas in the US where you can still ride a single chair. This ski-only resort has changed very little since it opened, even maintaining its rustic 1947 base lodge.

More than 260 Vermonters were members of the US Army’s elite 10th Mountain Division, originally formed during WWII, and received specialized training for fighting in mountainous conditions. For their contributions to the war effort as well as to the growth of skiing in Vermont and elsewhere, the group was inducted into the Vermont Ski & Snowboard Hall of Fame in 2003. 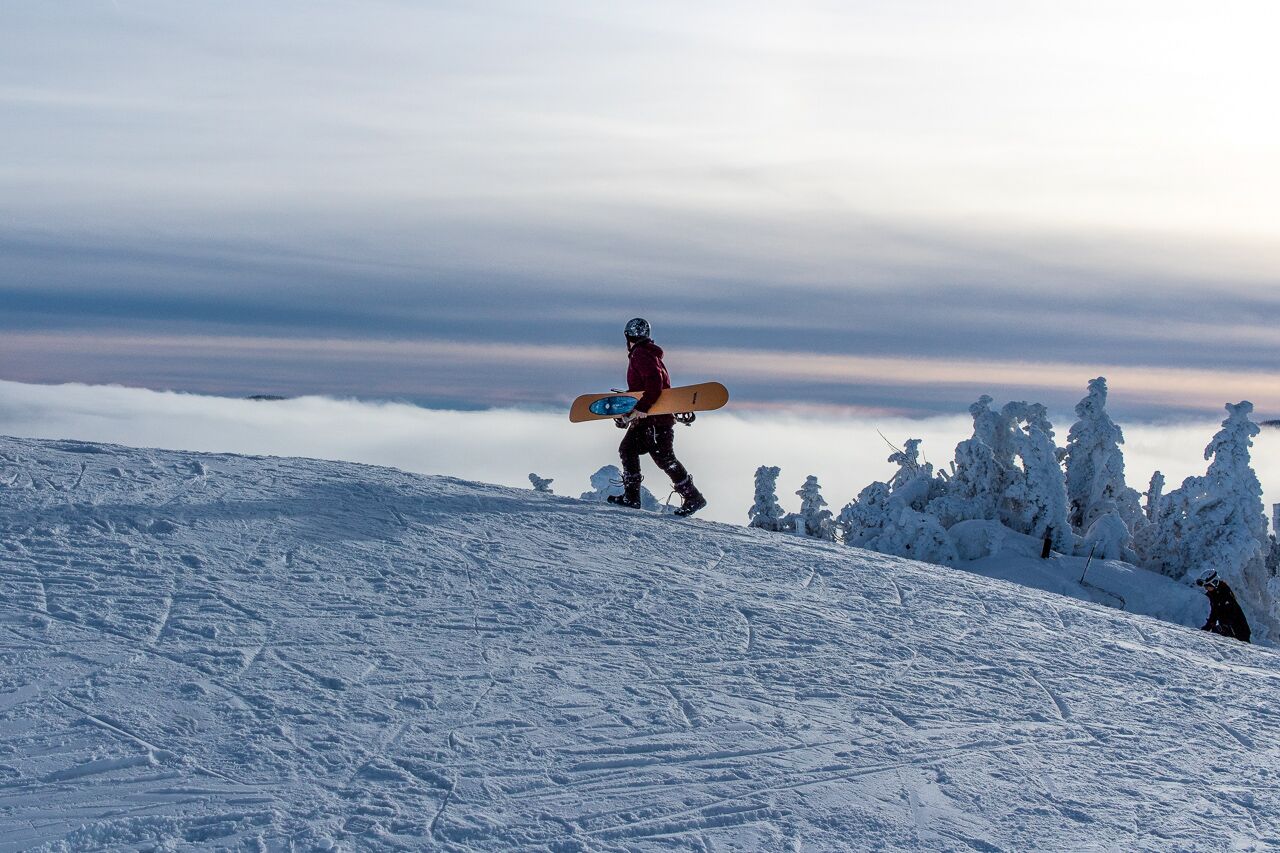 The number of Olympians Vermont has produced is beyond impressive for such a small state — there must be something in the snow. Whether they were born here, grew up in the area, or just trained at one of the mountains, Vermont’s strong Olympic ties can’t be denied.

Dozens of US Ski Team members have emerged from Cochran’s Ski Area, where the lineage is deeply rooted. They’ve sent multiple generations of their own family to the Olympics. Most recently, Ryan Cochran-Siegle won silver in Beijing (2022). And kids can still be taught today on that same ski hill by Barbara Ann Cochran, a former Olympic gold medalist (1972).

5. Independent resorts are at the heart of Vermont ski culture. 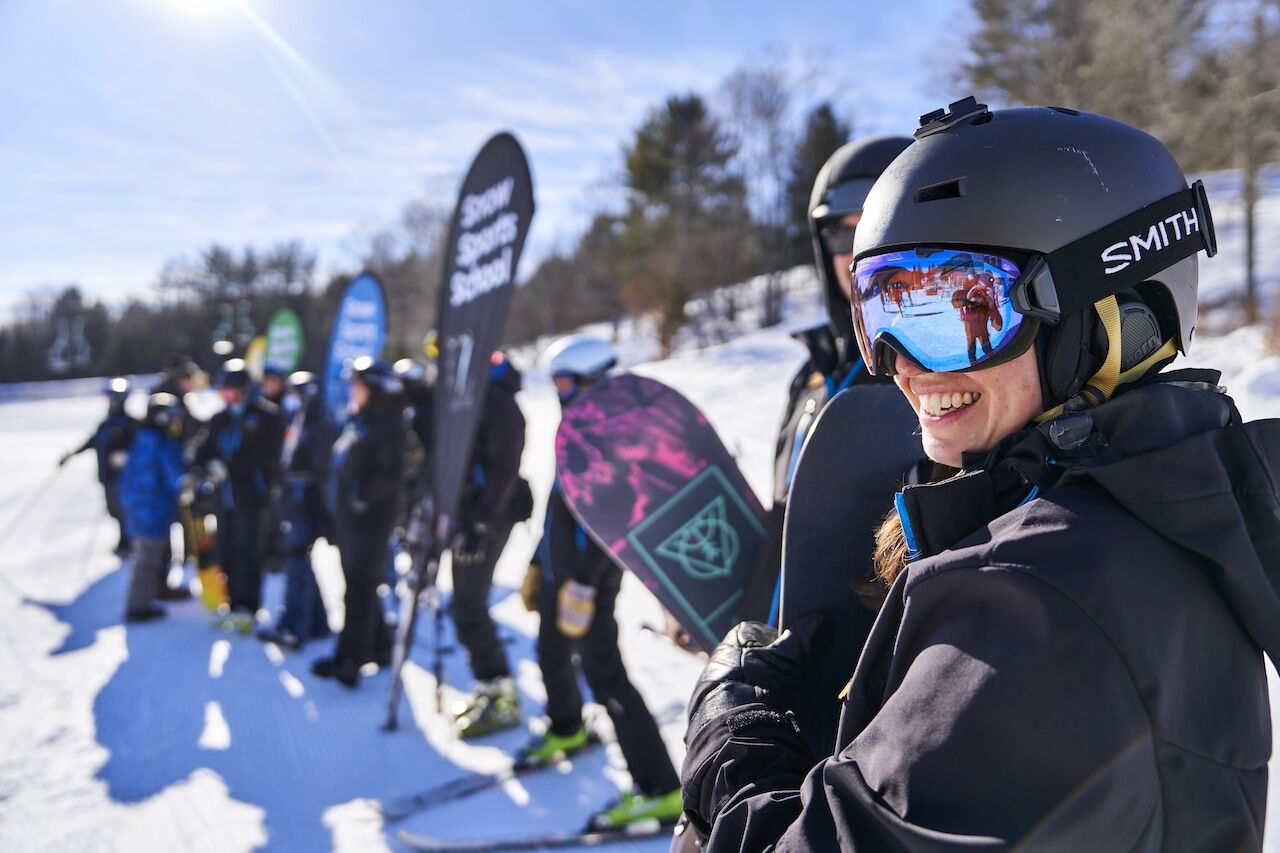 The Green Mountain State is home to 20 alpine ski resorts and 30 cross-country centers. While there are several well-known larger resorts like Stowe and Killington, the smaller locally owned mountains form the authentic heart of Vermont’s ski culture. They are the centers of genuine, laid-back communities where everyone seemingly knows each other. Here are a few standouts:

6. The après ski scene is legit. 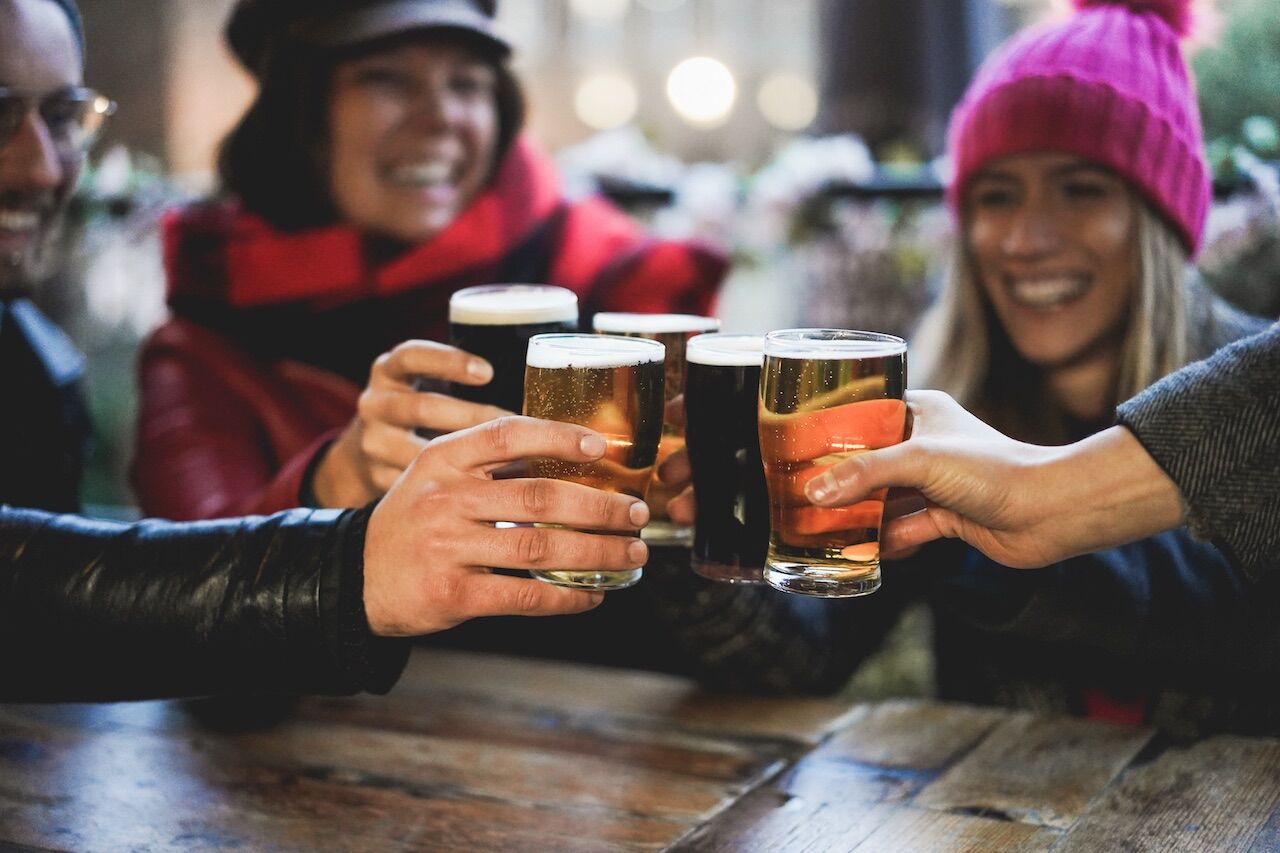 Whether you straight-lined or snowplowed down the mountain, heading to the pub in your ski boots after last chair to recount the glories of the day is a time-honored tradition. Après-ski, there’s nothing better than kicking back with an ice-cold cocktail…

Or is there? While all slope-side bars in Vermont serve local beers, why not grab that pint straight from the source? Several ski towns are just a stone’s throw from one of Vermont’s renowned craft breweries:

From rookies to backcountry pros, Vermont has a trail for you. Which VT mountain will you tackle first?

‘No lack of wildness’ – a car-free break on the John Muir Way, Scotland