Home Lifestyle Travel Arrivals in UK could be asked to stay in quarantine hotels, Raab... 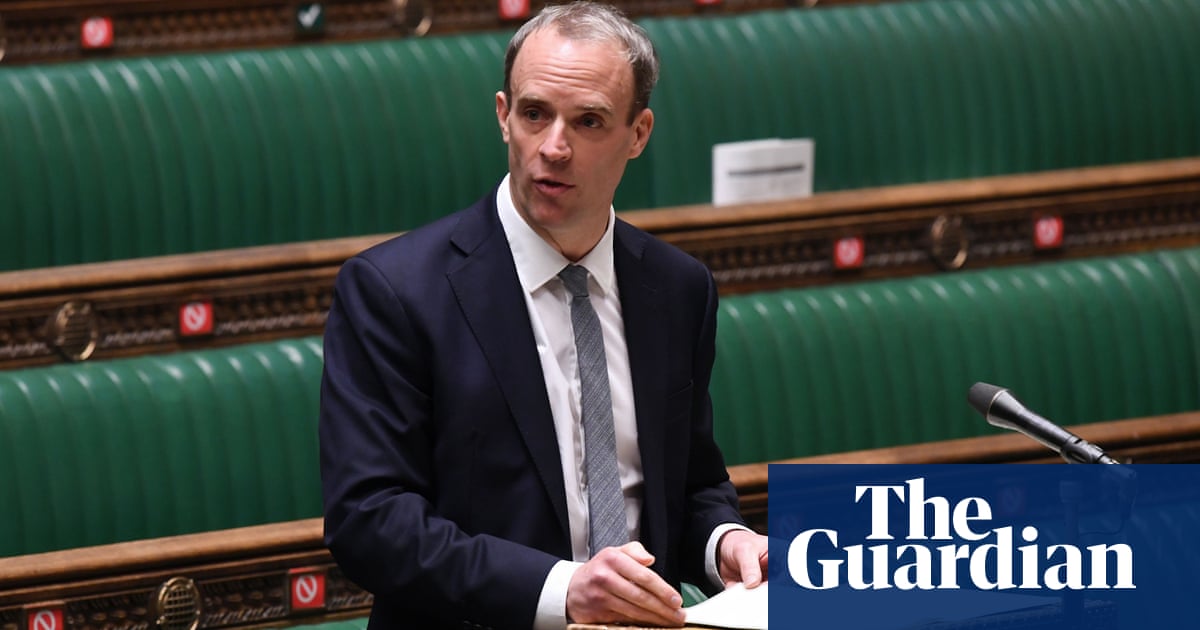 People arriving in the UK could be asked to stay in quarantine hotels under plans being considered by ministers to try to deal with the spread of the pandemic, the foreign secretary, Dominic Raab, has said.

Raab said the government had “considered all of the possibilities” when asked about reports in the Sunday Times that ministers have ordered plans to be drawn up for the creation of quarantine hotels for arrivals in Britain.

The report says the quarantine hotels, modelled on New Zealand’s policy of “directed isolation”, could use GPS and facial-recognition technology to ensure that people are staying isolated.

Raab told Sky’s Sophy Ridge on Sunday: “We will consider all the measures in the round. In terms of enforcement, we are going to be strengthening the checks at the border – so when people come in, to make sure that they have filled out the passenger location form, that they have got that negative test that they have to vouch for before they get on the flight.

“Also, because the effect of abolishing or suspending the travel corridors is that people go into quarantine and self-isolation for 10 days, we’re making sure that Public Health England checks to make sure people are adhering to those rules.

“As well as changing the rules, we are also making sure that we beef up the capacity to make those checks.”

Raab dismissed claims that the government had been too slow in setting up border measures to prevent the importation of new coronavirus variants. He told the Andrew Marr show: “I don’t accept that we have been too slow in this – we are broadly the same pace in terms of Canada and Germany.”

Raab said the government target was to have delivered the first dose of the vaccine to 17 million people by spring, when restrictions could be lifted. However, he said that the English lockdown was unlikely to be lifted for the whole country at once, with a return to the tier system. “I think it’s right to say that we won’t do it all in one big bang as we phase out the national lockdown and people end up phasing through the tiered approach. We want to make sure that we can do it in a safe and simple way.”

He said the government would take advice on the easing of restrictions and publish its “exit plan” in due course.

Raab would not be drawn on a Sunday Telegraph article reporting that civil servants believed the vaccination rollout could be speeded up to vaccinate all over-18s in Britain by the end of June, but said he was “quietly confident” that the government would meet this target by September.

“When I look at the numbers, I think people just want to hear what the real facts are with this. We’ve vaccinated now over 3 million. If you take the UK compared to other countries around Europe, we’ve got double the vaccination rate of the next leading country, Denmark.”

He refused to guarantee that all those who had received the first dose would receive the second within 12 weeks, amid concerns about vaccine supplies.

“I think if we follow the roadmap and the supply chains that we have set out, along with the backup that we’ve got because we’ve got the volume of doses – 360 million – and we’ve also got seven suppliers, we ought to be able to deliver on that.

“But of course right the way through this pandemic, we’ve had to adapt to all sorts of different things. So we are just focused on making sure we deliver on the roadmap that we’ve got,” Raab said, adding that people get a “very high” level of protection after receiving one dose of a vaccine.

The foreign secretary said people should not go on holiday as he warned that the NHS is “on the cusp”.

“I think right now people should be staying at home unless it is absolutely necessary, so, no, they shouldn’t be going on holiday – I don’t think that is appropriate,” he told Sky.

Jonathan Reynolds, the shadow work and pensions secretary, said he would “look at” the option of quarantine hotels for passengers returning from abroad. Reynolds told Sky’s Ridge on Sunday: “If that is the most effective way to tackle that, I’d look at that. I’m not sure necessarily it is the case.”

What is Texas ranch water?

Brewery will send you to Ireland