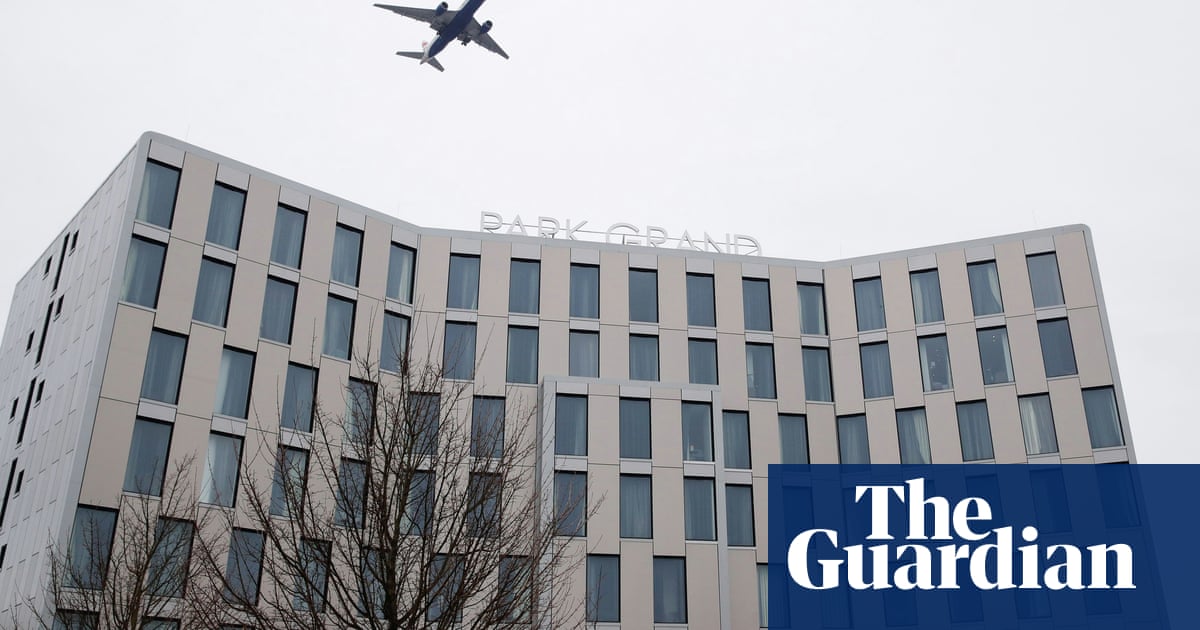 Boris Johnson has confirmed that British citizens returning from high-risk countries must quarantine in hotels at their own expense, facing down calls from cabinet colleagues and scientists to extend the policy to all arrivals.

Speaking in the Commons, Johnson also said all travellers would be interrogated as to their purpose of travel.

“I want to make clear that under the stay-at-home regulations it is illegal to leave home to travel abroad for leisure purposes and we will enforce this at ports and airports by asking people why they are leaving and instructing them to return home if they do not have a valid reason to travel,” he said.

Johnson said the government had already banned all travel from 22 countries where there was a risk of known variants, including South Africa, Portugal and South American nations. “I can announce that we will require all such arrivals who cannot be refused entry to isolate in government-provided accommodation, such as hotels, for 10 days without exception,” the prime minister said.

Those arrivals will be met at the airport and transported directly into quarantine facilities, which Johnson said would be established as quickly as possible.

The home secretary, Priti Patel, said there were people “not complying with these rules” already in place requiring them to quarantine at home. “People should be staying at home, unless they have a valid reason to leave,” she said. “Going on a holiday is not a valid reason.”

Patel said a further requirement would be introduced so that anyone travelling must first make a declaration as to why they need to do so, which would be checked by carriers before departure.

Those ordered to quarantine in hotels are likely to only include British citizens or permanent residents who must be allowed to enter. The policy is expected to take several weeks to implement.

Patel said there would be no exceptions to the quarantine policy for those returning from high-risk countries.

The Welsh government said it was concerned about the limited scope of the measures and it would examine its own options.

“We have agreed on the need for a joint approach between the four nations of the UK and the Republic of Ireland to strengthen border health measures, in order to prevent the further spread of coronavirus,” a Welsh government spokesperson said. “However, we do not believe the approach as set out by the UK government goes far enough. Further discussions on the details of the proposals will take place as soon as possible.”

Why are people still flying into the UK despite Covid-19 rules?

Scientists expressed some dismay at the policy. Prof Devi Sridhar, the chair of global public health at the University of Edinburgh, said there would still be major gaps in the UK’s defences.

“It has to apply to all arrivals, or no countries. We know people will just transit and connect in other airports to avoid quarantine,” she said. “The UK tried this with screening from China last February and March, but the seeding came from Spain, Italy and France. We need to learn that lesson. It would be a shame for the UK to vaccinate a bulk of the population and just reimport a strain our vaccines aren’t as effective against.”

Christina Pagel, a professor of operational research at University College London and a member of the Independent Sage group of experts, said the policy would be “enough to damage the economy but not nearly enough to be effective against Covid”.

She said the policy ran the risk of importing an as yet unidentified new variant that might evade the current vaccines.

“Firstly, we just don’t know who the high-risk countries are because most countries do not have the sophisticated sequencing capabilities you need to spot, track and analyse new variants,” she said.

“If we work with the Republic of Ireland, we can control our borders for Covid as island nations. We should take advantage of this to do all we can to minimise the risks of new variants just as we are rolling out vaccination across the population. And instead we just aren’t.”

ADS, the trade body representing the aerospace sector, said more specific support would be needed from the Treasury, even without the blanket measures. Its chief executive, Paul Everitt, said: “These latest measures to restrict international travel will worsen the severe downturn in aviation and deepen the crisis in the UK aerospace industry.

“Sector-specific support must now be urgently delivered to ensure aerospace manufacturers and our supply chains can survive until these measures are lifted and demand returns.”

The shadow home secretary, Nick Thomas-Symonds, said the proposals would make little difference unless they were expanded.

“Yet again the government is lurching from one crisis to another, devoid of strategy, and limiting hotel quarantining to only a limited number of countries, from which travel from non-UK residents was already banned, means that the home secretary’s proposals do not go anywhere near far enough,” he said.

Thomas-Symonds said it was clear that Patel herself had privately favoured a more comprehensive approach. “The truth is the government is once again behind the curve,” he said.