With its expansive northern coastline, mountainous southern regions, and more than 27 million acres of forest and woodland, Germany presents a lot of outdoors goodness to explore. The entire country is crisscrossed with nature trails for hikers and cyclists alike; if a leisurely tour from the comfort of a car or boat is more your thing, don’t worry, as you won’t miss any of the awe-inspiring landscapes. Germany’s mesmerizing scenic drives, endless wine country, and impressive post-industrial projects are out there for you to discover.

For time spent outside surrounded by glorious landscapes, here are six spots to get you dreaming about Germany.

1. Rewilding in the Ruhr 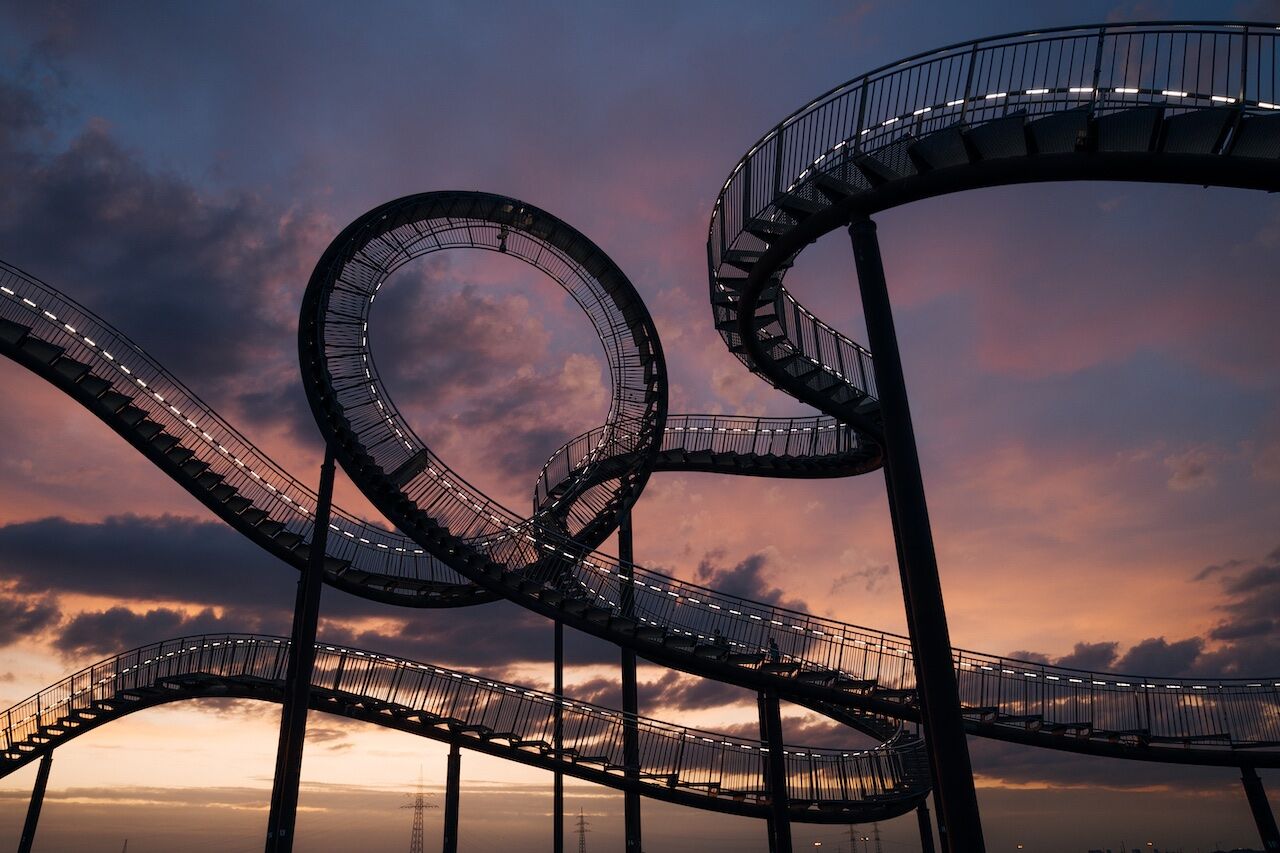 The Ruhr area, the former industrial heart of North Rhine-Westphalia, has been utterly transformed in recent years. Once a formidable producer of steel and coal, it is now an oasis of rewilded green areas, cultural attractions, and recreation zones. And a unique and notable pastime in the region today is slag-heap hill-hopping.

What were once leftover waste piles generated by mining have been remade into accessible landscape features such as a plateau, table, spiral mountain, volcano, pointed cone, and more. Explore the 12 themed routes that connect these features with the natural green hills surrounding them. You’ll find not only stunning views from the top but also fascinating works of art (check out the Tiger & Turtle Magic Mountain, a walkable sculpture that resembles a rollercoaster). Some 150 virtual storytelling stations educate visitors on the history of the mining industry and the region’s cities, people, and industrial nature.

Seek out the Nature in Transition route — it’s about 10 miles long and passes through Europe’s largest slag pile landscape, the Hoheward in Herten, offering vistas across to Dortmund, Essen, and even Düsseldorf in clear weather. Meanwhile, the Vestischer Höhenweg route runs over 33 miles and can be tackled in three stages. If you don’t know where to start, guided tours are an option for most routes.

2. The high road through the Bavarian Alps 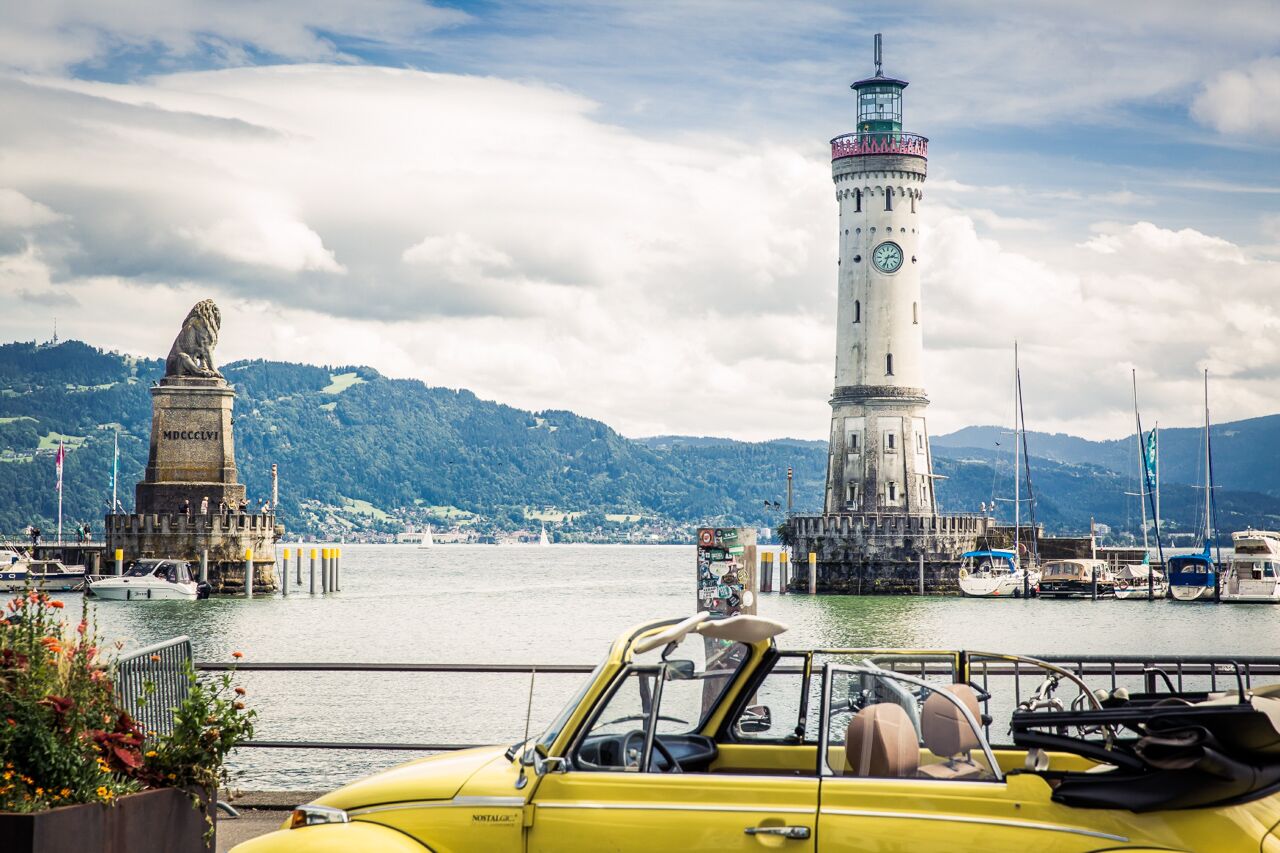 The Alps of Bavaria are — literally and figuratively — a high point in regards to outdoor beauty. The rugged peaks, peppered with lush green meadows and crystal clear mountain lakes, can be explored in a variety of ways, but one of the most memorable is the German Alpine Road. Germany’s oldest tourist route stretches for almost 300 miles through southern Bavaria, from the harbor town of Lindau on Lake Constance, to Schönau on Lake Königssee and the breathtaking Berchtesgaden National Park.

Along the way, don’t miss the world-renowned Neuschwanstein and Herrenchiemsee castles, the Rococo splendor of the Pilgrimage Church of Wies (a UNESCO World Heritage Site), and the striking Baroque architecture of the monastery of Ettal Abbey. Memorable towns such as Oberammergau, Füssen, and Garmisch-Partenkirchen also dot the route. 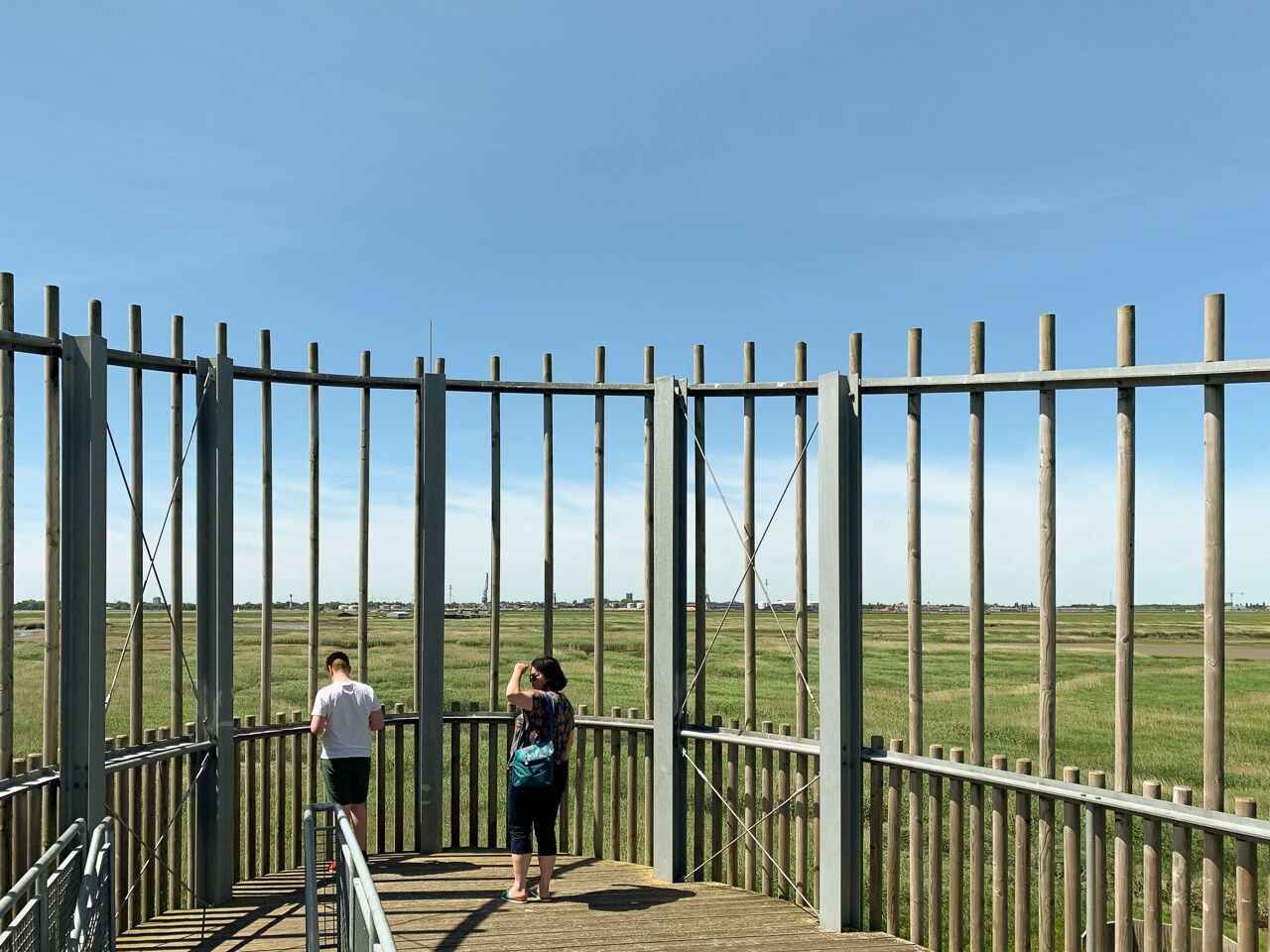 Located right on Germany’s North Sea, the attractive port city of Bremerhaven is an ideal choice for cyclists thanks to its position on the highly popular Weser Cycle Route as well as the North Sea Coast Cycle Route, a 3,700-mile pathway that connects eight European countries. The Wadden Sea, a UNESCO World Heritage Site and the largest tidal flats system in the world, can be reached via the circular Teufelsmoor to Wadden Sea cycle path, which takes visitors through vibrant moorlands and meadows. And the local Water, Wind & Grasslands Route leads through the Luneplate nature reserve, home to birdlife, water buffalo, and Galloway cattle.

The (car-free) Luneplate is also easily accessible on foot, as is the city itself. The Seaside City Bremerhaven Route takes in the city’s highlights such as the Climate Experience Center, the German Emigration Center, and the German Maritime Museum, with bicycles, e-bikes, and information on cycling routes within the city available at local bike stations.

4. Nature in the city of Dresden 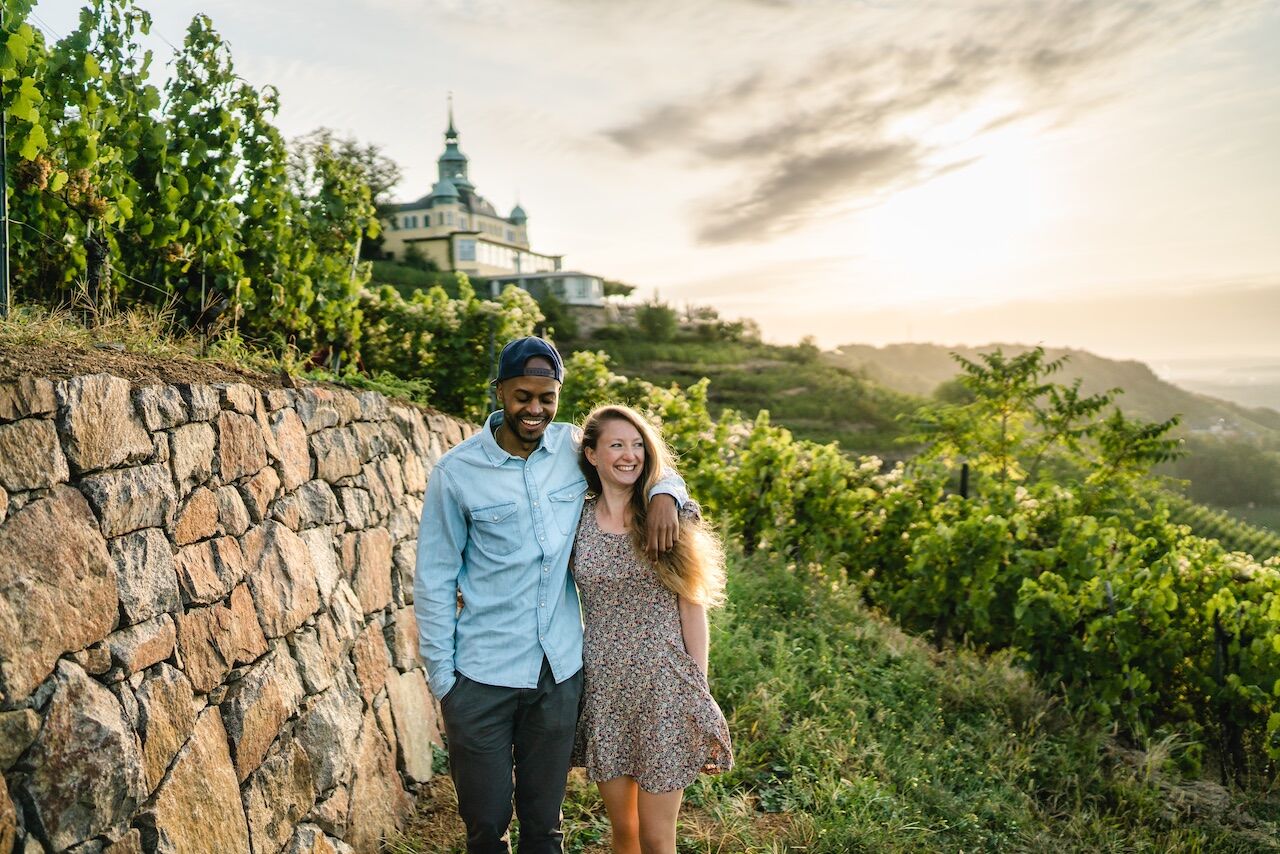 Walking through the vineyards to the Spitzhaus in Radebeul. Photo: Erik Gross (DML-BY)/Dresden Marketing Board

Not many visitors realize this, but about a quarter of Dresden is covered by the romantic Dresdner Heide, one of the largest municipal forests in Germany. It’s a fabulous playground for those who love the great outdoors, home to streams, a waterfall, giant oaks, and moorlands. Another natural highlight is the Elbe River, which wanders 21 miles through the city and can be enjoyed on a paddle steamer that takes visitors past castles, villas, and vineyards.

Dresden also lies at the center of the Saxon Wine Route, a 37-mile trail along the Elbe that runs from Pirna to Diesbar-Seußlitz and passes through panoramic wine landscapes and picturesque villages, as well as historical buildings such as the castle complex in Pillnitz. The Elbe Cycling Route also connects with the Saxon Wine Route, and you can enjoy a glass of Riesling, Müller-Thurgau, or Pinot Blanc in the many taverns en route.

5. Cycling through the Moselle valley 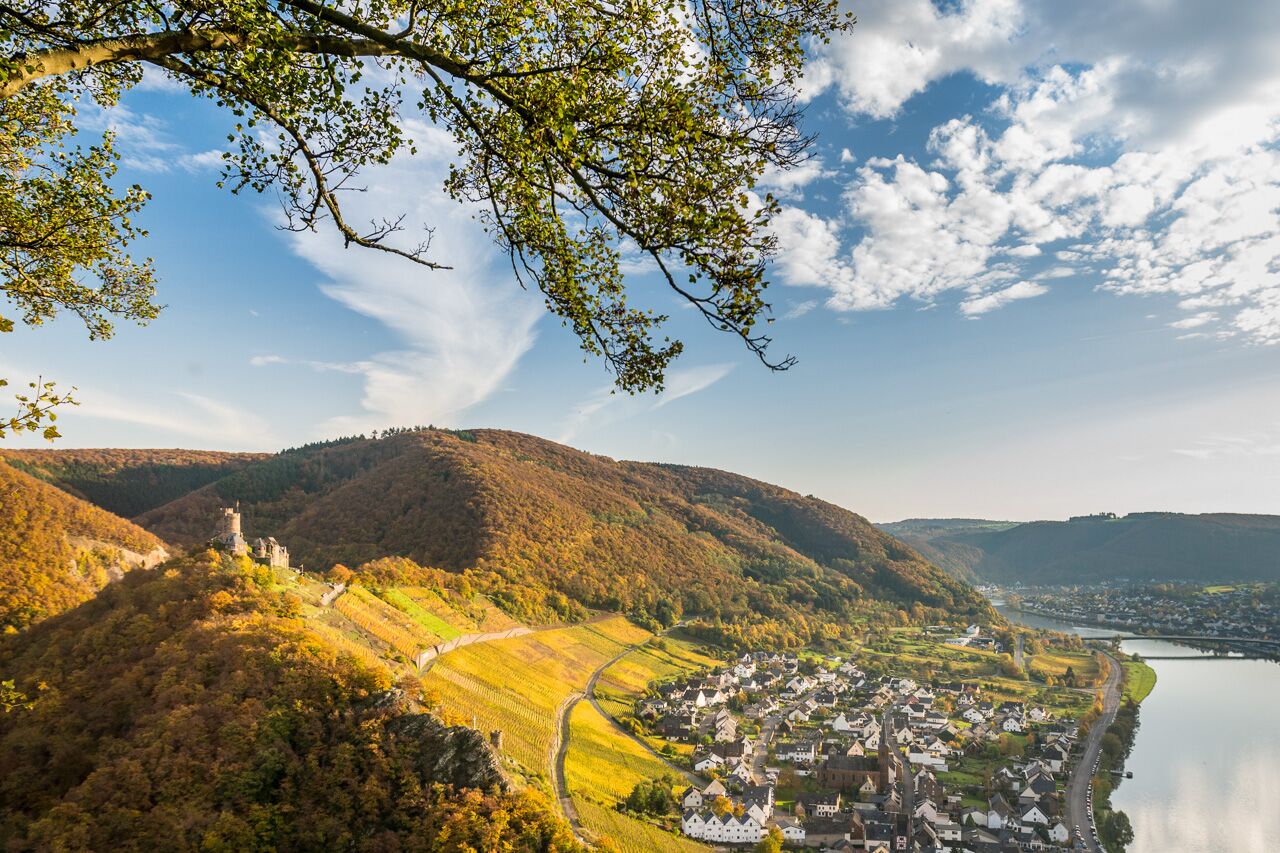 The River Moselle meanders through some of the most stunning landscapes in Germany: Think steep, sloping vineyards, whimsical villages with timber-framed houses and cobbled streets, fairytale castles, and wine museums. This region of Rhineland-Palatinate, originally cultivated by the Romans, also offers vivid traces of history, most notably in the city of Trier, famed for its Roman-era Porta Nigra (city gate).

The valley’s key sights and prestigious wine culture can be enjoyed on foot and by boat, but one of the most popular methods is by bike. The dedicated Moselle Cycle Path, which extends for almost 155 miles, is a relaxed ride that winds among several notable landmarks, including the Deutsches Eck, where the Moselle and the Rhine conjoin; the imposing Cochem Castle; and the Moselle Wine Museum in the colorful medieval town of Bernkastel-Kues.

6. A garden fit for a prince in Saxony 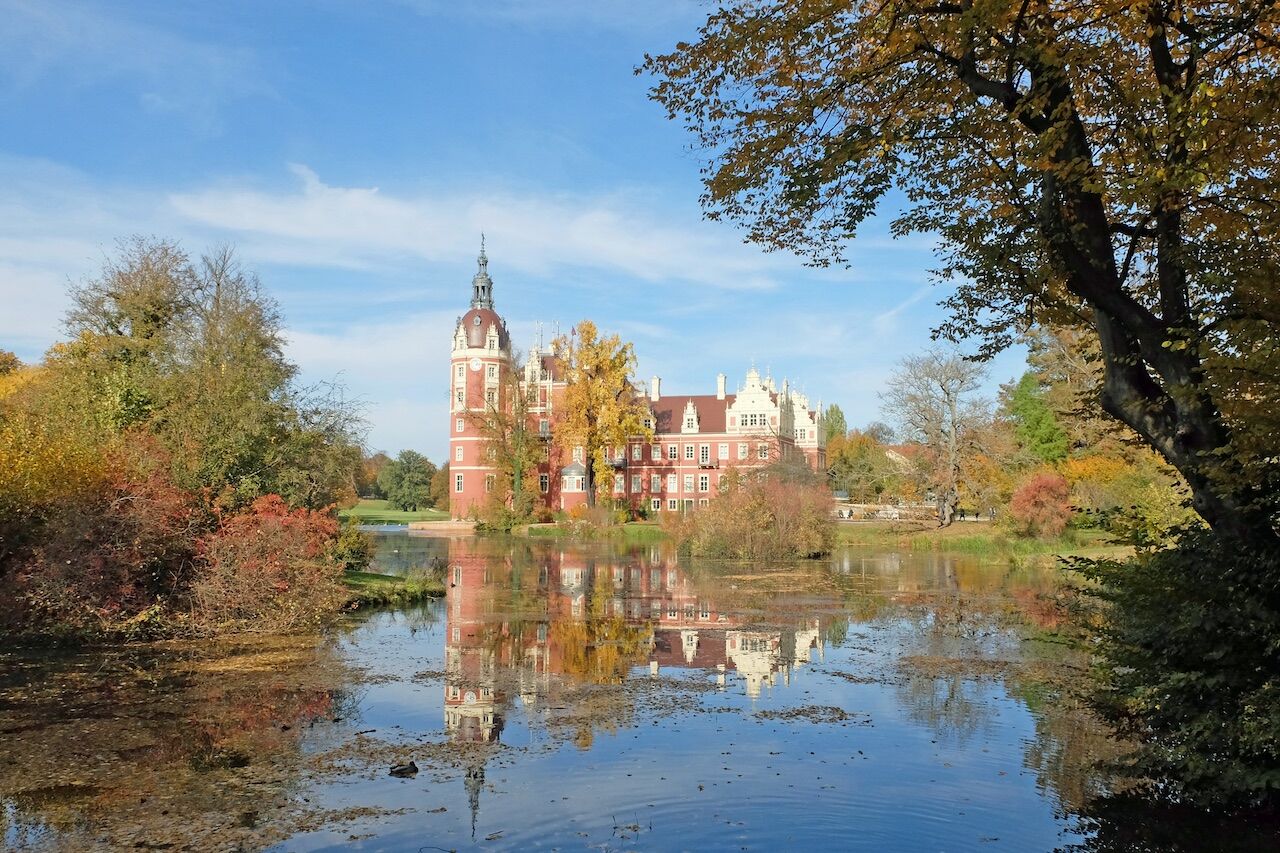 Hermann Ludwig Heinrich Prince von Pückler-Muskau was a man of many talents to match his many names. He served in multiple armies and as the military governor of Bruges, traveled widely, and was a prominent writer. He was also a self-taught genius of landscape architecture whose influence went as far as America. His most famous work in Germany is the vast park he created around his castle and the town of Muskau (now Bad Muskau), Saxony, which he began in 1815.

In 1945 the Russian army burnt down the castle and the town, and the Neisse River, which runs through the grounds, became the new border between East Germany and Poland. The park was fortunately revitalized after German Reunification and declared a UNESCO World Heritage Site. Today, the restored castle features an exhibition on Prince Pückler’s fascinating life, and the grounds can be toured via horse-drawn carriage.

Whether from a bike seat, a boat, or on your own two feet, seeing green in Germany is easy no matter where in the country you travel.

An Insider’s Guide To the Gorgeous Coastal Town of Portofino, Italy