Home Lifestyle Travel Is solo camping safe as a woman? 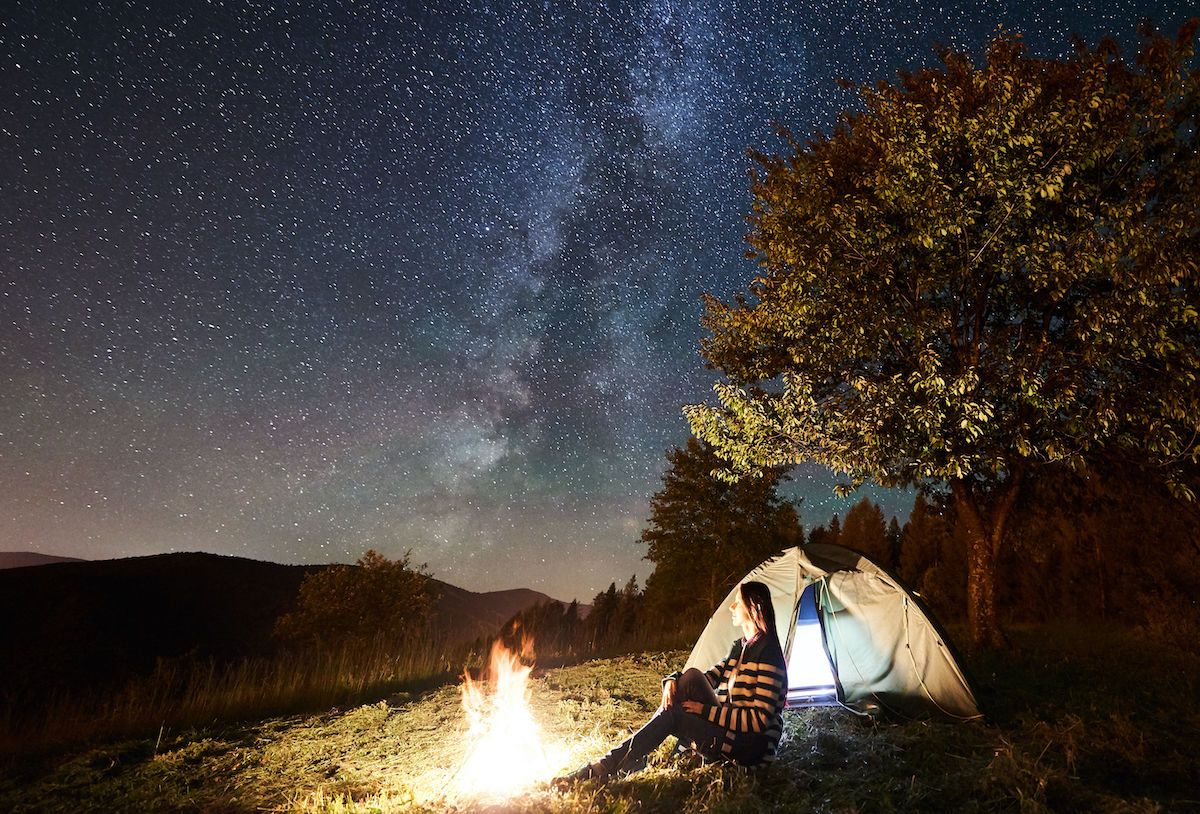 The first time I tried camping alone I was maybe nine years old. I’d pitched a tent in my front yard with the help of my mom, who I then made promise to let me brave the wilds of our lawn all by myself. I was a big kid, after all. Spending a night alone under the stars was proof of that.

I’ve since faced more daunting prospects than being woken up by the morning sprinklers as both a camper and a solo traveler. Until a recent road trip from California to Colorado, however, venturing into the actual wilderness on my own was not one of them.

It’s not that the childhood fantasy had put me off the reality of camping solo. Nor was it any sort of fear holding me back. The idea had simply not occurred to me again after that night.

For all the encouragement solo female travelers receive today, overnighting in the outdoors is generally not high up on the list of suggested trips. Before Cheryl Strayed became a household name, I’d heard few stories of female travelers tackling the wilderness on their own, let alone attempting a months-long backpacking challenge like the Pacific Crest Trail a la Wild.

In fairness, this is largely true for male travelers, as well. Camping alone goes against the first rule of so many outdoor adventures: buddy up.

Solo trips in the wilderness require a certain degree of planning for anyone. Campers should be familiar with wilderness preparedness, pack only what they can carry without skimping on the appropriate gear and emergency supplies, and let others know where they plan to be and when in the event something goes awry.

Female travelers may be inclined to take extra precautions, much as they might backpacking through a city rather than the woods, such as not advertising the fact that they’re alone. Though the likelihood of encountering problems with other campers is slimmer than the chances of facing a human threat in our own backyards, most women have seen enough horror movies to at least be skeptical of electing into a first-to-die scenario.

For those who come prepared, however, facing their own fears is among the greatest hurdles of a solo camping trip, whether it’s a fear of getting lost, being found, or simply growing lonely.

Admittedly, my recent adventure was not much more challenging than the one I’d organized some 20 years earlier. En route to Denver, I spent a night outside of Salt Lake City at a campsite I’d booked through Hipcamp, which allows campers to reserve a space on private property. This is an option for anyone seeking the comfort of knowing they’re not completely alone while also mitigating interaction with other campers. Others may feel more secure at a public campground with more foot traffic and facilities.

With more flexibility on the return trip, I opted to venture deeper into the Utah wilderness by spending the night in Grand Staircase-Escalante National Monument. Spanning roughly one million acres since the Trump administration slashed its size by nearly 50 percent in 2017, Grand Staircase-Escalante is the largest national monument in the United States overseen by the Bureau of Land Management (BLM). Unlike public lands managed by outfits like the National Park Service, BLM land is exempt from national regulations, and wild camping is generally allowed without a permit for up to two weeks.

In my case, pitching a tent in Escalante Canyon was as easy as, well, pitching the tent. Driving down the dusty, wide-open off roads, I passed several signs warning campers that there were no facilities to rely on. No permit, no amenities, no one else in sight: It was just me and my Subaru, using only the view I wanted to wake up to the next morning as my compass.

Car camping was a comfort in itself. My trunk was loaded with more gear than I’d realistically need for a summer night under the stars. Being in the desert, I did not need to bear-proof my campsite nor navigate terrain like thick forest cover on foot. Save the 100-degree daytime temperatures and single scorpion I saw, there was little to contend during my stay. Nonetheless, spending a night alone in the vast Utah wilderness felt as profound as the night sky itself.

Camping solo is unlike other solo travel: It’s about as solo as travel gets. This can be soothing or intimidating. In either case, exploring the great outdoors alone is an opportunity for travelers to spend quality time with themselves and their natural surroundings, test their abilities to overcome both mental and physical challenges, and learn more about themselves as travelers, whether for one night in Utah or half a year on the Pacific Crest Trail.

For some women, camping solo may also carry the weight of defying limitations, either those perpetrated by others or those we place on ourselves.

I’m no more of an expert on camping alone now than I was at nine years old. I do know a thing or two about solo travel, however. And the best advice I have for any woman considering a one-man camping trip in the great outdoors? Do it.

Why casseroles are popular in Mid US

Future pandemics will be quicker, deadlier without change in strategy, study...