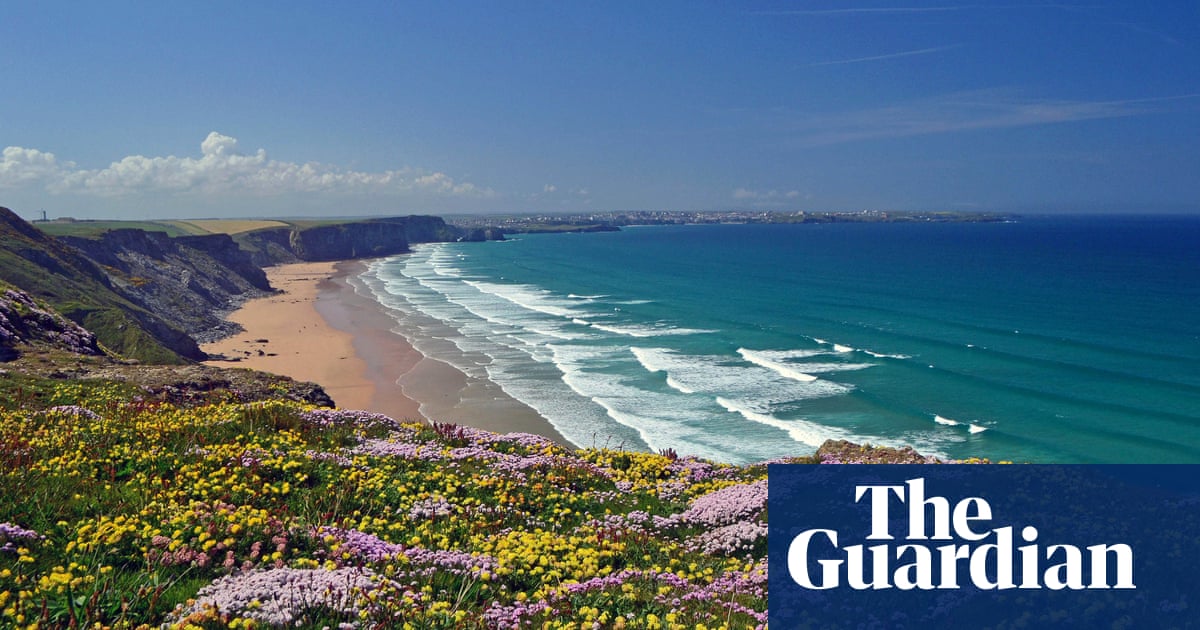 The health secretary, Matt Hancock, appears to have rowed back on some of his previous optimism over summer holidays, saying it is too early for certainty but the government is doing everything it can to allow Britons to a break away from home.

Amid confusion over the government’s messaging about whether or not people should be booking summer holidays for this year, Hancock urged people to be “patient” about the prospect of getting away because of Covid uncertainty.

But the health secretary said on Tuesday he had booked a summer break in Cornwall.

“I know that people are yearning for certainty over whether they can have a summer holiday, but pandemics are difficult times and there is a lot of uncertainty, so I am afraid that people will have to be patient before we can get that certainty,” he told BBC Breakfast. “We are doing everything that we possibly can to make sure that people can have a holiday this summer but the vaccine rollout is absolutely essential to that.

“We will set out more in more detail when we can, but at the moment unfortunately there is that uncertainty still.”

Because the rollout of the coronavirus vaccine was progressing well with 13 million people having had a first dose, and take-up far higher than expected so far, “that will all help us get out of this and help us get back to normal”, he told BBC Radio 4’s Today programme.

However, with 26,000 people in hospital with Covid-19, Hancock said it was too early to know which coronavirus restrictions would still be in place by the summer. “As the prime minister set out yesterday, we do have to be patient. Because things like the vaccine rollout are going well – that is the progress that people want to see – but there is still the uncertainty around where we will be by the summer,” he said.

He rejected suggestions there was chaos and mixed messaging from the government over summer holidays this year after three senior ministers gave contradictory answers on Wednesday. He said ministers were unable to give “categorical assurances” at this time.

The transport secretary, Grant Shapps, said no one should be booking holidays right now “not domestically or internationally”, and the prime minister said it was “just too early” for certainty about what people would be able to do this summer. Meanwhile, Hancock had told the 1922 Committee of Tory backbenchers he had already booked his summer break in Cornwall. Last month he had urged people to plan for a “great British summer” and revealed his plans to go to Cornwall.

He said on Thursday: “I am saying exactly the same as every other minister is saying, which is there is uncertainty, and that means we cannot make categorical assurances but we are doing everything we can to get things back to normal.”

Thinktank critical of NHS Covid response has links to Hancock

He added: “We can’t any of us know what the rules, the situation, will be like … I know people are yearning to have a direct answer because people look forward to summer holidays so much … Unfortunately there is that uncertainty.”

Holidays are banned under the current lockdown, but the travel industry is desperate for rules to be relaxed by summer. The government is also under growing pressure from its own MPs to clearly set out plans for easing restrictions once the most vulnerable citizens are vaccinated, and is loth to quash the glimmer of hope for millions across the country of a summer break.

Boris Johnson is due to set out how the lockdown in England might be eased in the week beginning 22 February. But after a year of uncertainty and chaotic changes to travel policy, travel companies are frustrated at the pronouncement against booking any sort of trip and some are openly telling people to ignore the government.

The deputy chair of the travel body Aito, Derek Moore, stressed there was a difference between booking a holiday and travelling. “[Shapps] needs to make it clear that it’s not illegal to book,” he said.

Paul Charles of PC Agency reiterated that the sector was “fed up” with the government and consumers should “carry on booking”. He said: “The government is clearly in disarray over what the strategy is going to be because ministers are giving out such mixed messages – they appear to be totally in the dark … we’re not going to stand for it.”

According to the World Travel and Tourism Council (WTTC) the chopping and changing of rules over the last year has inflicted greater damage to the UK’s economy than other European countries. In a statement on Thursday, quoting data from Oxford Economics, it said the UK faces a GDP loss of 10% in 2020, while Germany, which imposed fewer travel barriers, will experience a loss of 5.3%.

“We believe the impact of constantly shifting policies on testing, quarantines and the placing of countries in so-called high-risk ‘red zones’, will jeopardise the return of a sector which contributes nearly £200bn annually to the UK economy,” said the WTTC president and CEO, Gloria Guevara.