Home Lifestyle Travel ‘Something beautiful has been taken away’: campaigners vow to fight ban on... 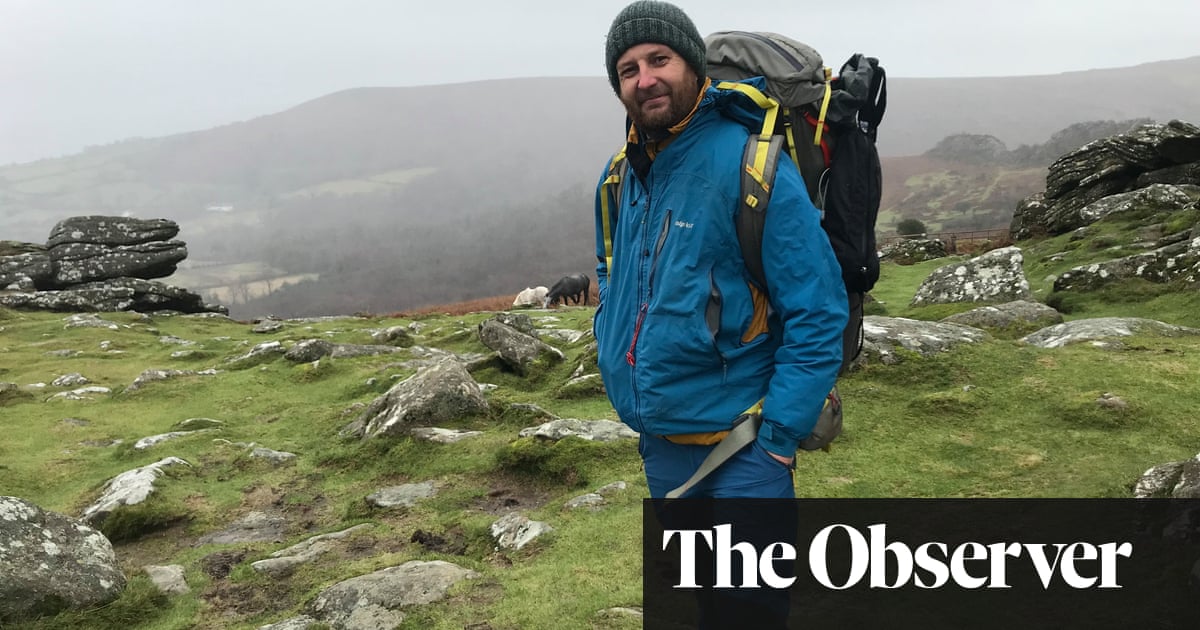 Standing at the summit of Hound Tor, wind whistling, ponies grazing nearby and the greens and browns of Dartmoor visible through the filter of the wet mist, the imposing facade of the high court could not feel more distant.

But on Saturday morning, carrying his backpack containing his tent, a rubbish bin, trowel and cooking equipment, Mark Hayhurst, 43, came here to mourn a ruling by the court on Friday that made it unlawful to wild camp on the land without permission.

“I was sat on this tor this morning crying my eyes out because of something quite beautiful being taken away,” he said, white-flecked rocks scattered across the ground behind him.

Most weekends he comes here to roam, putting up his tent when he is too exhausted to walk any further, and the next day, after a morning coffee cooked on his stove, carries on. The outdoors enthusiast and educator regularly brings groups of young people to the moors and has led children on Duke of Edinburgh’s awards and Ten Tors expedition training.

It is a vital resource for everyone, especially those suffering with bad mental health, he said. “This is something the government should be protecting, not eroding,” he added. “Who’s looking after those people? The people who come here for comfort?”

Although it is now technically illegal to do so, he plans to continue camping on Dartmoor, which he has done recreationally for decades, ever since he first started coming with his parents as a child.

On a nightly basis, between 100 and 150 people camp on the moor, he estimated.

Until the high court removed the right to wild camp on Dartmoor, the area was the last remaining place in England and Wales where backpack camping was permitted without seeking permission.

The Dartmoor National Park Authority (DNPA) argued that the decades-long tradition was protected by a bylaw in the 1985 Dartmoor Commons Act, which permits access “to all the commons on foot and on horseback for the purposes of open-air recreation”.

But Sir Julian Flaux, chancellor of the high court, agreed with lawyers for Alexander Darwall, a hedge fund manager and Dartmoor’s sixth-largest landowner, who brought the case against the national park, claiming that the right to wild camp on the moors had never existed.

Flaux also said there was “no local custom of camping which has the force of law” and that some wild campers on Darwall’s 1,619-hectare (4,000-acre) Blachford estate – where Darwall runs pheasant shoots, deerstalking and holiday rentals – had caused problems to livestock and the environment.

The decision, which means anyone wishing to camp on Dartmoor will have to first seek permission from the relevant landowner, has devastated right-to-roam campaigners and nature lovers, who have vowed to “go to war” over the ruling and threatened a wave of protests.

The DNPA said it is considering its next steps with regard to an appeal. The Observer understands it intends to escalate the case to the appeals court, where it hopes it will have a more sympathetic judge.

Gillian Healey, a Dartmoor guide and wild camper, who takes groups of children out on Dartmoor for the Duke of Edinburgh’s award and for Ten Tors training, said the new ruling will create huge complications. “We have shelters with us as leaders, and if a storm comes up, does that mean we’re breaking the law?”

And the implications go far beyond Dartmoor, she said. “We’re seeing a real erosion of rights and access to nature. Being a regular walker, I see a lot of paths are blocked, signs are moved, ancient paths that are on the OS [Ordnance Survey] map that should be there that are no longer there.”

She added: “The decision has just highlighted the divisions in our society. The haves and have-nots. How much does one person need?”

The ruling has spurred the Labour party into action, with shadow ministers Alex Sobel and Jim McMahon vowing that in government they would extend the right to roam including wild camping.

McMahon, the shadow environment secretary, said he plans to push the Dartmoor case in parliament from this week. He said: “This looks like nothing more than protecting the landowner’s financial interest above the public interest.”

At the Angel, a community space in Totnes, Devon, dozens of campaigners met to build a model of Old Crockern, the ancient spirit of Dartmoor, to bring to a protest against the high court ruling on Darwall’s land on Saturday 21 January.

Lewis Winks, a campaigner for the Stars Are for Everyone, said the plan was to fight back to create a new right to roam act that would expand access for everyone – not just on Dartmoor – to make wild camping more widely available: “We’ll use this one step back as two steps forward. This isn’t just going back to the status quo, what we had [on Dartmoor]. We will ensure that we have better access to the countryside.”

‘It’s all about stepping out of your comfort zone’: 10 tips for solo travellers

A solo trip around Europe, with my travel phobia? I only wish I’d done it sooner

Upgrade Your Camping Experience With This Luxury Camp in Jordan

What It’s Like To Stay at Hilton Head Health, One of America’s Most Renowned Wellness Resorts