Home Lifestyle Travel Subtle and soothing: my obsession with Thai massaman curry – plus the... 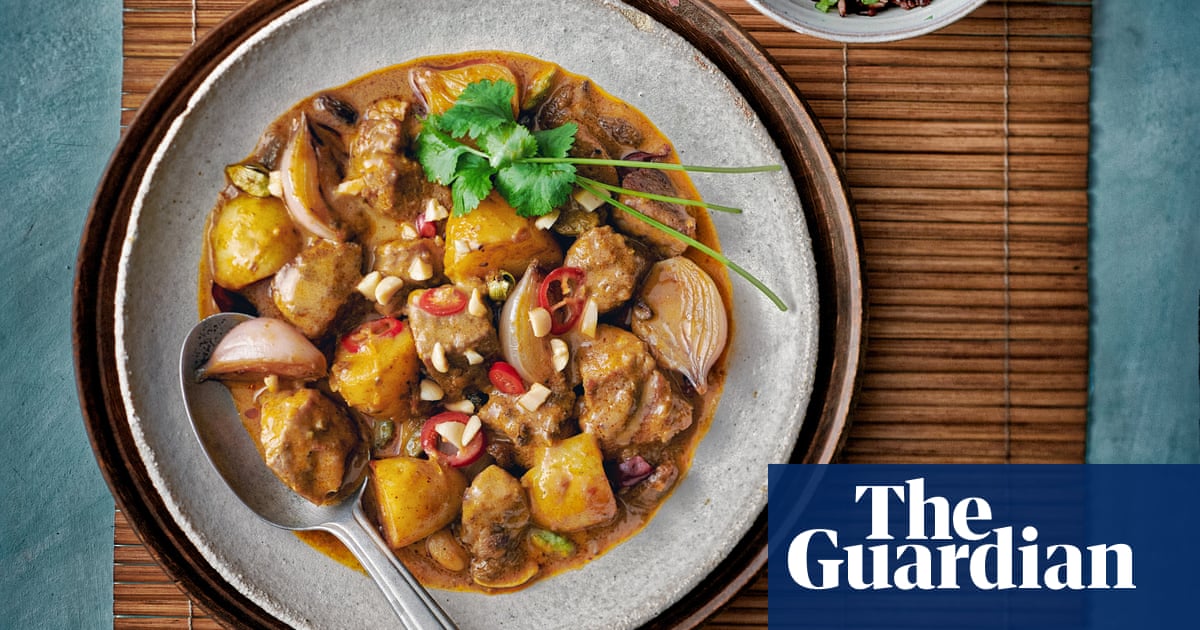 In 2015 the Observer Magazine sent me to Thailand to interview the novelist Lawrence Osborne. He first went to Bangkok for the cheap dentistry, but found the city so conducive to work that he stuck around. Like many expats, Osborne lives in the central Asoke district, just off the busy Sukhumvit road. He writes late at night, when the chaos and heat of the daytime have died down and the only sounds are tree frogs and the odd barking dog. We conducted the interview over dinner at The Local, a quiet one-storey Thai restaurant round the corner from his flat, and it was there that I had my first massaman curry, at the grand old age of 28. I’d eaten plenty of Thai food, so I’m not sure how I managed to last so long without trying it, but I succumbed at once. Compared with some of the restaurant’s other dishes, which were so fiery I wanted to call the police, this had a deep warmth that was rich and reassuring rather than a gun to the head.

Although it has been a Thai staple for hundreds of years, massaman originated in India, or possibly Persia – accounts differ – and often features cumin, cinnamon, cloves and cardamom along with the more familiar galangal, chillis, shrimp paste and lemongrass. “Massaman is not meant to be spicy,” says Sirachai Kularbwong, the chef at Singburi in Leytonstone, east London – quite possibly the UK’s best Thai restaurant. “The ideal profile should be initially slightly sour, then becoming sweet and savoury. The point is to taste the subtle fragrances and spices that went into the dish.” For shop-bought paste, he recommends the Mae Ploy brand.

Since that night in Bangkok my bastardised massaman has become a fixture at home: a one-pot, one-hour doddle. You can use any protein you like, and with the addition of potatoes it’s as hearty as any hotpot, but far more impressive to serve to guests – whenever we’re allowed to have them again.

Heat the vegetable oil in a casserole dish for a few minutes until it shimmers. Sear the onions and chicken pieces, then set aside. The chicken doesn’t need to cook through yet.

Heat 2 tbsp of coconut milk in the casserole dish until bubbling, then add the curry paste and cook over a low heat, stirring regularly for a minute or two until fragrant. Stir in the rest of the coconut milk, fish sauce, sugar, star anise, tamarind paste, cinnamon stick and a squeeze of lime, then add the potatoes and chicken. Simmer for about 25 minutes, or until the potato chunks are cooked through. Add the onion wedges and peanuts about 10 minutes from the end.

10-day quarantine for visitors to US

The U.S. Deported The Man Who Would Become China’s ‘Father of...