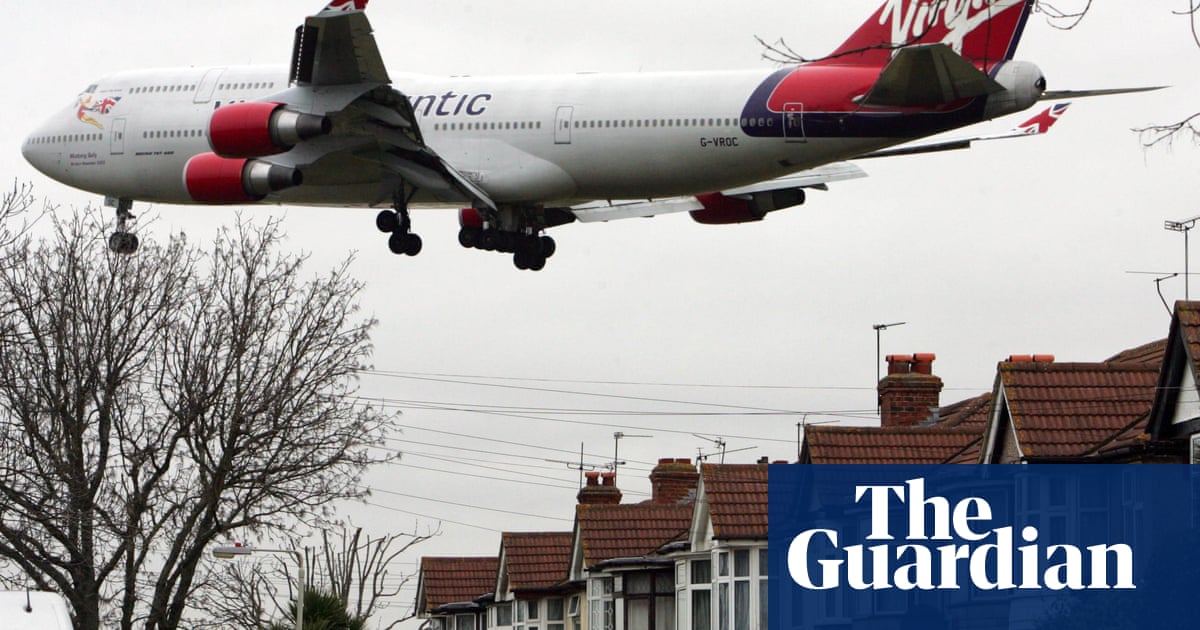 Virgin Atlantic has withdrawn its support for Heathrow’s third runway plans amid an ongoing row over the cost of flying from Britain’s biggest airport.

The carrier had been one of the most prominent airline backers of expansion before the pandemic. But on Monday its chief executive, Shai Weiss, hit out at Heathrow’s proposal to increase landing charges by 120% and called on the aviation regulator, the CAA, to reform a “broken” system and “pay closer attention to the abuse of power by a de facto monopolistic airport”.

He added: “Until that happens, it is difficult to see how expansion at Heathrow can be supported.”

The CAA said this summer Heathrow would be allowed to raise charges by 56% next year, to more than £30 a passenger, but would have to trim them by 2026 – a proposal that Heathrow said “underestimated” the need for investment.

Weiss said Heathrow’s plan to raise charges was “great for the airport and its mostly foreign shareholders” – including Qatar and China’s sovereign wealth fund – but “a bad deal for consumers, airlines, and the UK economy”.

Speaking at the Airlines 2022 conference in central London on Monday, Weiss said that, along with other carriers, “we have fought long and hard to ensure the CAA uses its powers to ensure this would not happen and encouraged the UK government to pay closer attention to the abuse of power by a de facto monopolistic airport”.

The row has festered during a difficult summer in which Heathrow forecast lower demand and then blamed airlines for not staffing up sufficiently to accommodate all flights, imposing a 100,000 passengers a day cap.

Weiss added: “This is not just about the next price control period in four years’ time. Everyone in this room will recognise the damage to consumer confidence that summer disruption caused.

“A repeat of this in summer 2023 is completely avoidable if honest and accurate passenger forecasts are used now for resource planning and building resilience.”

Appealing to the CAA and British government, he said: “The regulatory framework and process is simply not working. It is broken and must be reformed.”

Questioned afterwards, Weiss told the Guardian he would still back expansion at the airport, including the controversial third runway, if conditions were met, including lower charges so it “remains competitive consumers are protected”, as well as “massive renovation” of Heathrow’s Terminal 3 where Virgin is based.

While the airline had been one of the runway’s biggest airline cheerleaders, Weiss said there was “no longer unequivocal support”.

He ruled out a return to Gatwick, which Virgin left during Covid, however, saying there was “no connectivity”. Weiss said the carrier had become more efficient since focusing all its operations on one London airport.

John Holland-Kaye, the Heathrow chief executive, told the Guardian he expected to continue to “have a constructive relationship and conversations” with Virgin, and that redevelopment of Terminal 3 or a move to the new Terminal 2 was in the airport’s medium-term plans.

A Heathrow spokesperson said: “To deliver the airport service passengers expect, two things are needed: for our regulator to give us the ability to invest in the airport; and for all the operators at the airport to work together building back capacity. These are our focus right now.”

‘No lack of wildness’ – a car-free break on the John Muir Way, Scotland