Home Science Why forest fires in Siberia, Russia threaten us all 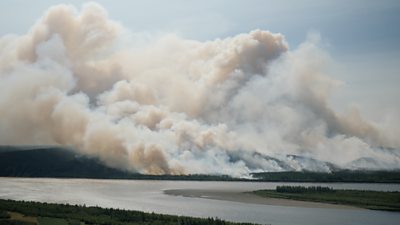 Wildfires in Siberia have been releasing record amounts of greenhouse gases, scientists say, contributing to global warming. The fires, fuelled by abnormally high temperatures, have been burning as far north as the Arctic Circle.

BBC Moscow correspondent Steve Rosenberg travelled to the remote Yakutia region, in northeastern Russia, to gauge the effects of climate change, both on local communities and on the planet.

Water on the Moon could sustain a lunar base

Fantastic beasts in the real world and where to find them