Home Sport Aaron Rodgers has dominated Cowboys. How will he approach Sunday’s game?

Things may be coming full-circle for Dallas Cowboys head coach Mike McCarthy as he returns to Green Bay for the first time as a member of the opposition, but they are on a continuous loop for Packers quarterback Aaron Rodgers against the Cowboys. He’s hoping it stays that way this Sunday (4:25 p.m. ET on FOX).

Much like he claims with the Chicago Bears, record-wise, Rodgers owns the Cowboys, too. He doesn’t see the ‘Boys as much as he sees the Bears, of course, but as he puts it, he has some fond memories against America’s team — especially in the playoffs.

Green Bay has won eight of the last nine matchups between these two storied franchises and leads the all-time series 16-13. The Packers are the only NFC team with a winning record against the Cowboys.

Both times the two teams have clashed in the postseason during the Rodgers regime have led to dramatic games. The last time was in 2016, when the Packers got off to a rocky start in the season — not unlike the one their current slump — only to advance to the conference championship after beating Dallas in the previous round.

It was the second time in three seasons the two teams had faced off in the postseason, with the first famously (and infamously) coined as the Dez Caught It Game. Green Bay stormed out of the gate and scored three unanswered touchdowns to put them up 21-3 in the second quarter. But then came a rookie named Dak Prescott, leading Dallas back on the shoulders (or hands) of Dez Bryant. Prescott’s first touchdown of the game came on a 40-yard bomb to Bryant, who caught the ball in stride and cruised the extra few strides into the end zone.

Rodgers would throw one more touchdown and Dallas would end up tying the game at 28 as the two quarterbacks exchanged what they thought could be game-winning drives late in the fourth. Prescott set up a 52-yard Dan Bailey field goal with 35 seconds remaining in the game that tied it at 31. But then came Rodgers, and despite taking a sack, he executed a lethal drive in the remaining seconds thanks to an incredible sideline grab by tight end Jared Cook to set up Mason Crosby for a 51-yard game-winning field goal (twice, might I add) and a trip to the NFC Championship. 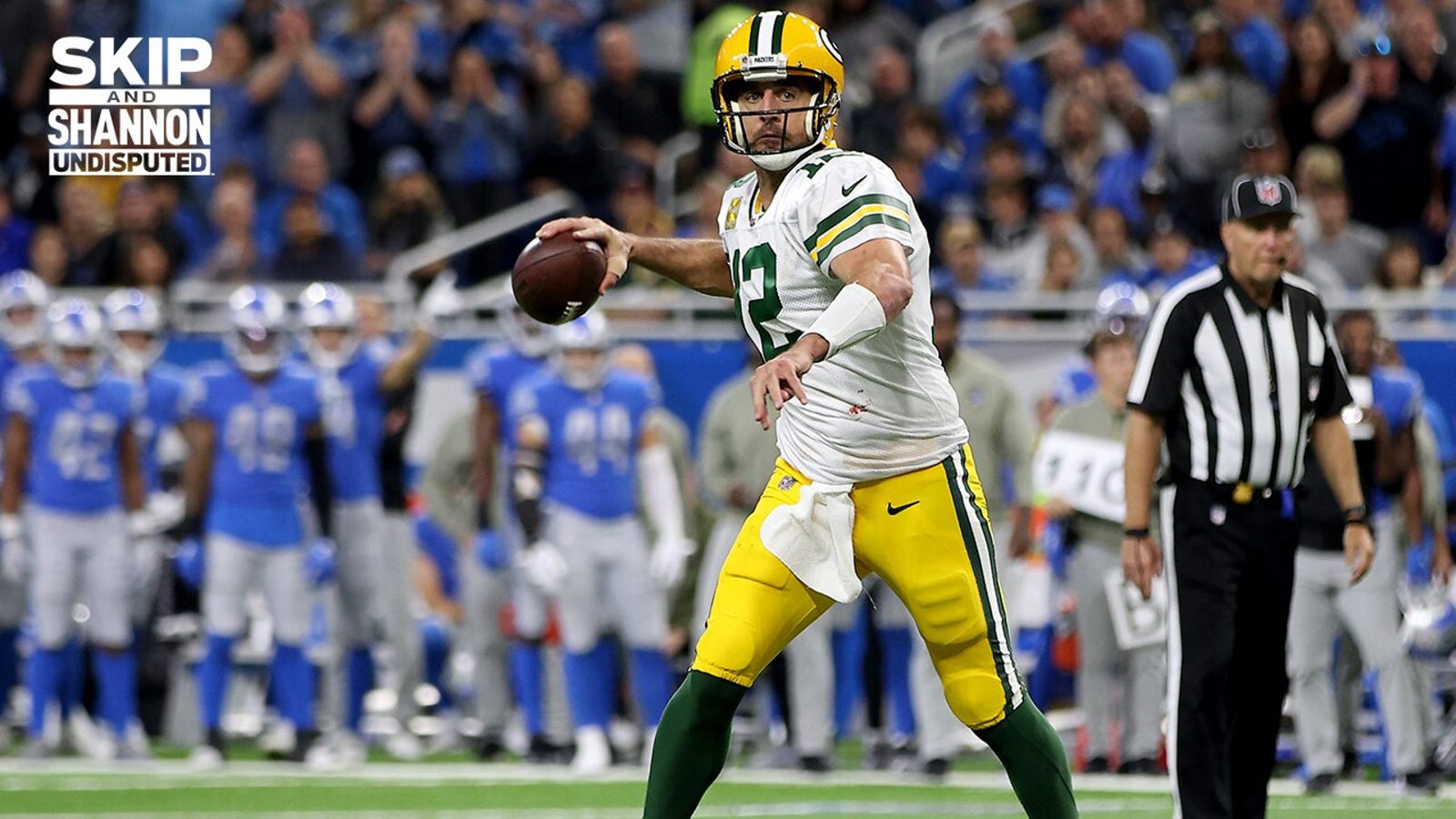 Aaron Rodgers went on The Pat McAfee Show and said, “I’m still the reigning, defending two-time MVP. Regardless who’s out there with me, guys want to come battle, they know where to find me.” Skip and Shannon react to Rodgers’ comments.

“Some great memories over the years, especially in the playoffs against those guys,” Rodgers said of the Cowboys. “Even a great memory when I wasn’t playing: We’re down 26-3 at halftime, and [Matt Flynn] led us back on an incredible comeback. I remember the celebration in the locker room, especially the late Kevin Green dancing. There’s a great gif of that somewhere, I’m sure. That was a special moment for us.”

The apex of Rodgers’ playing career also involved the Cowboys, though their players weren’t on the field for it. In 2011, he won Super Bowl XLV in their house — AT&T Stadium in Arlington.

You may know those memories, but Rodgers’ memories of the Cowboys go back much further than the times he’s played them. Before he ever suited up in the green and gold, Rodgers was just a kid growing up in Northern California watching Joe Montana and Jerry Rice take on the Packers and the battles between Brett Favre and Steve Young.

“I grew up a huge fan of the league and Niners/Cowboys was a big-time rivalry,” said Rodgers. “Obviously, grew up in Niner fan and then, as a lot of my favorite players transitioned, Green Bay and Dallas had a great rivalry over the years and it’s fun to still be a part of this.”

Fun perhaps, as long as Rodgers continues to come out on the winning side of it, even if his old coach and friend stands on the opposite sideline.

“Mike was there in the beginning,” Rodgers said to The Athletic. “He came to my workout at Cal. I was in his office at San Francisco on the board before the draft. Then he became my second head coach, my head coach as a starter, 13 years together, longest-tenured head coach, won a Super Bowl together, won two MVPs working with him, became a great player under his watch, had a lot of incredible memories together and this is kind of closing the loop, I think. And the opportunity to have him back at Lambeau coaching for another team, hopefully honor him the right way, will be pretty special. Obviously, we’d love to win, but it doesn’t matter who’s out there Sunday. We gotta get a win.” 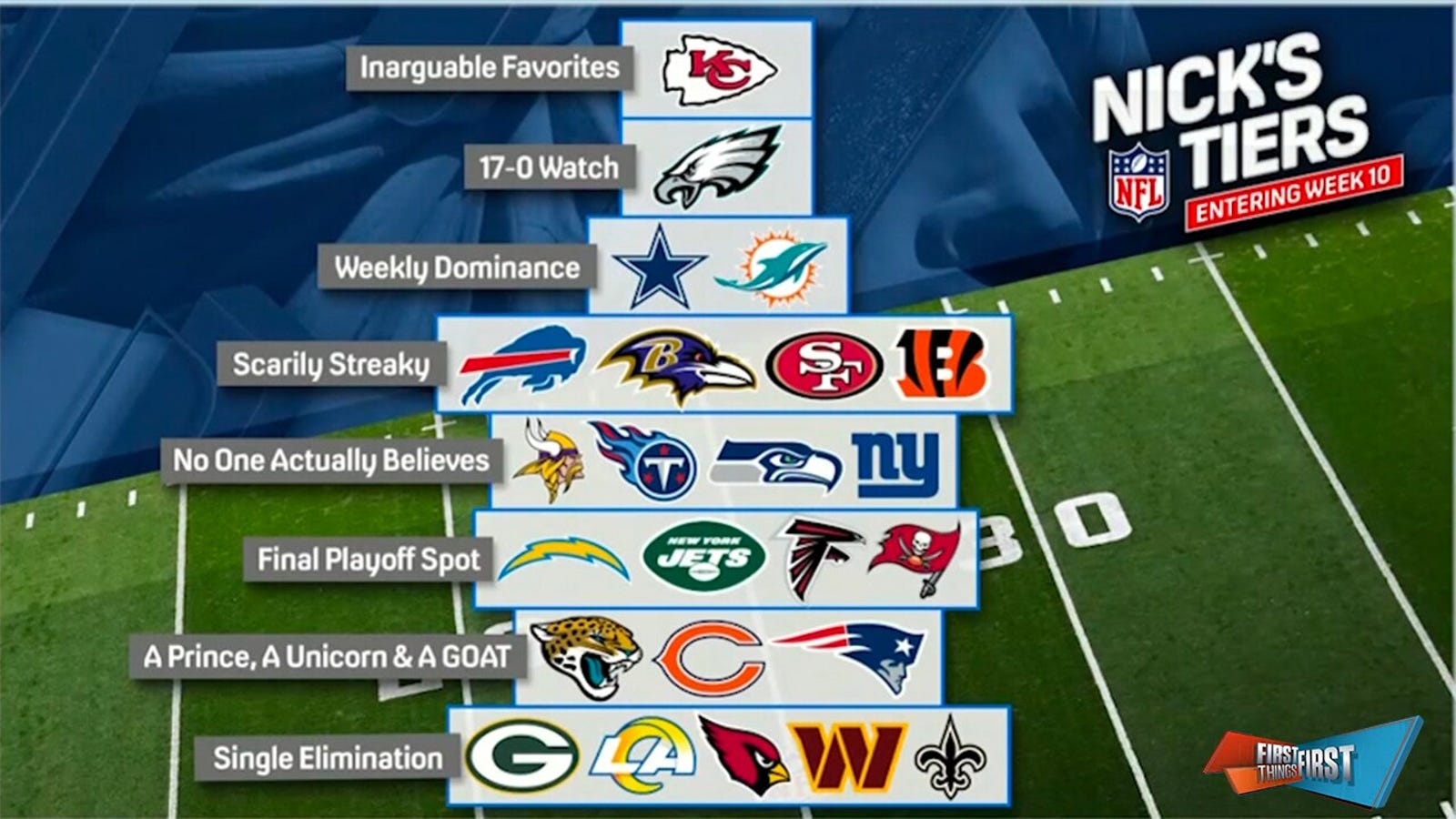 Nick Wright is joined by Greg Jennings, Chris Broussard and Kevin Wildes to reveal the latest edition of his NFL Tiers entering Week 10.

Meanwhile, the Packers have lost five straight games for the first time since 2008, which was Rodgers’ first season as the starter in Green Bay. He’s never lost six starts in a row.

The last time Green Bay lost six consecutive starts as a franchise was in 1988.

If you’ll indulge me in taking a page out of Rodgers’ book to get a little philosophical here, time is nothing but a continuous loop. And Rodgers is hoping that’s true more than ever this coming Sunday.