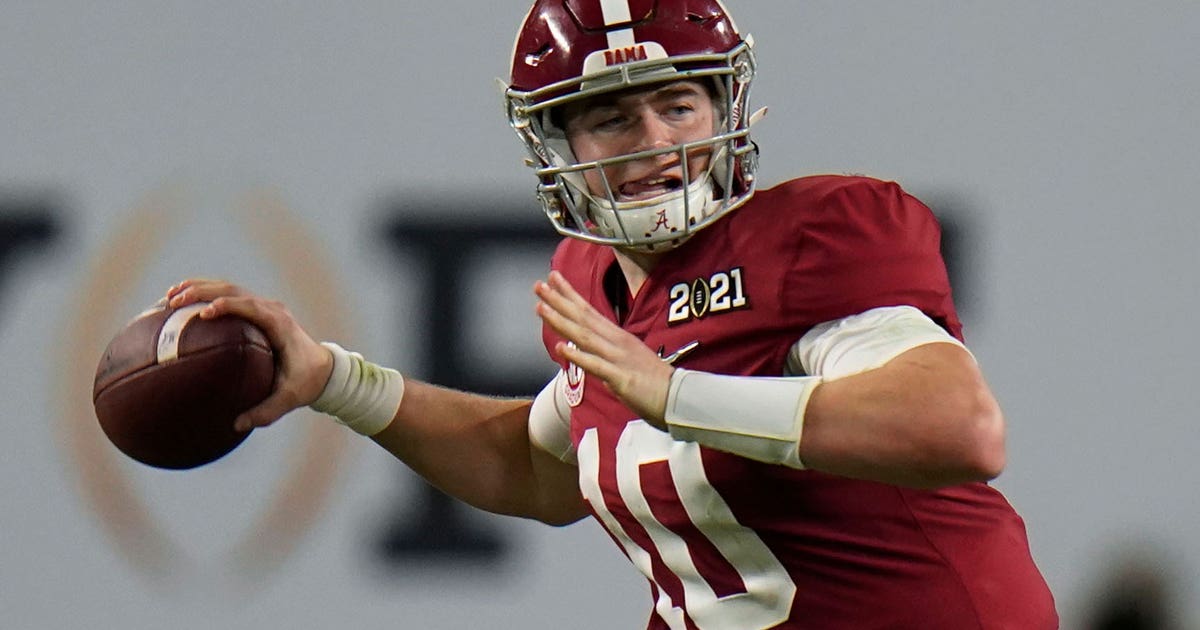 MOBILE, Ala. — With whistles blowing, players moving from station to station, everything appeared to be business as usual Tuesday at the Senior Bowl — even if they’re anything but normal.

NFL coaches, scouts and executives watched prospects such as Alabama quarterback Mac Jones and Florida’s Kyle Trask throw passes and others try to improve their draft stock on the field.

The football aspect hasn’t changed, but the importance of this weeklong audition for senior NFL prospects is magnified by the COVID-19 pandemic with no NFL draft combine this year.

“This is a great opportunity for us to see the players live, up close, meet with them, talk to them,” said the Miami Dolphins‘ Brian Flores, who is coaching the National team. “Get some face time with them. Not on the iPhone, but actual face time, literal face time, and get to know them as people, as players, things that make them tick. And we get to coach also. That’s always fun.

“We’re excited about this week and I think we’ll get a lot out of it.”

Among those going through practices are Heisman finalists Jones and Trask, both vying for first-round status — along with players such as Crimson Tide tailback Najee Harris, North Carolina linebacker Chazz Surratt and Wake Forest defensive lineman Carlos Basham Jr.

It’s a dose of normalcy, on the field at least, in an abnormal pre-draft process.

The combine workouts will be held at schools’ pro days, scouting trips were more limited during the fall and it remains to be seen how much time teams get to spend in person with prospects leading up to the draft.

So this weeklong audition for NFL teams is critical for some prospects and teams.

“This’ll be the first eyeball test for them, and it will be the first time that anyone at the league level has actually sat across from any of these players,” said Senior Bowl executive director Jim Nagy, a former NFL scout. “Now that the combine’s been canceled, pro days are a little bit up in the air what that’s going to look like. The rest of the spring could be strictly Zooms again.

“For our 130 players, this is an opportunity to sit across from these NFL decision-makers with a nice eight-foot piece of plexiglass between them, safely, and share their stories. Kids will let the teams get a feel for who they are as people.”

And they’ll have the chance to meet plenty of top brass on hand — though handshakes and bro hugs are forbidden in the new rules of social distancing.

Arizona State wide receiver Frank Darby considered it the “biggest opportunity of my life,” especially with the pandemic limiting the showcase opportunities for some others.

“I feel sorry for the people that aren’t here today,” Darby said. “Due to the combine going down, pro day for certain people, they don’t get this opportunity to get looked at and seen by all 32 teams.”

Each NFL team is allowed to bring only 10 officials into the bubble. So Nagy believed “the vast majority” of general managers would be attending, with a number of head coaches.

“The Senior Bowl always has tremendous value in the scouting process, and this year probably even more so,” Nagy said.

There are plenty of behind-the-scenes — and behind-the-screens — differences. Players, coaches and support staffers within the Senior Bowl bubble will be tested daily for coronavirus.

The Senior Bowl is allowing a handful of injured players — including Alabama’s Heisman Trophy-winning wide receiver DeVonta Smith and Ohio State tailback Trey Sermon — to attend practices and meetings and visit with officials from each NFL team.

Nagy makes it clear that’s a one-time COVID exemption, not a precedent setter. Players also won’t have roommates for a change and will eat meals in their hotel rooms instead of mingling with coaches and other players in the dining area.

Underclassmen such as Clemson quarterback Trevor Lawrence, the likely No. 1 pick, and Ohio State’s Justin Fields won’t be allowed to take in practices and rub shoulders with NFL brass like some have elected to do in the past. They’re not in the bubble, so NFL teams aren’t allowed to meet with them leading up to Saturday’s game.

The pandemic has already had an impact on preparations.

The Carolina Panthers staff, which is coaching the American team, couldn’t all make it. Offensive coordinator Joe Brady, linebackers coach Mike Siravo and cornerbacks coach Evan Cooper are not attending the Senior Bowl due to COVID-related reasons.

Covid and bird flu: The other lockdown putting livelihoods at risk

Covid 19: ‘His mental health has suffered all along’