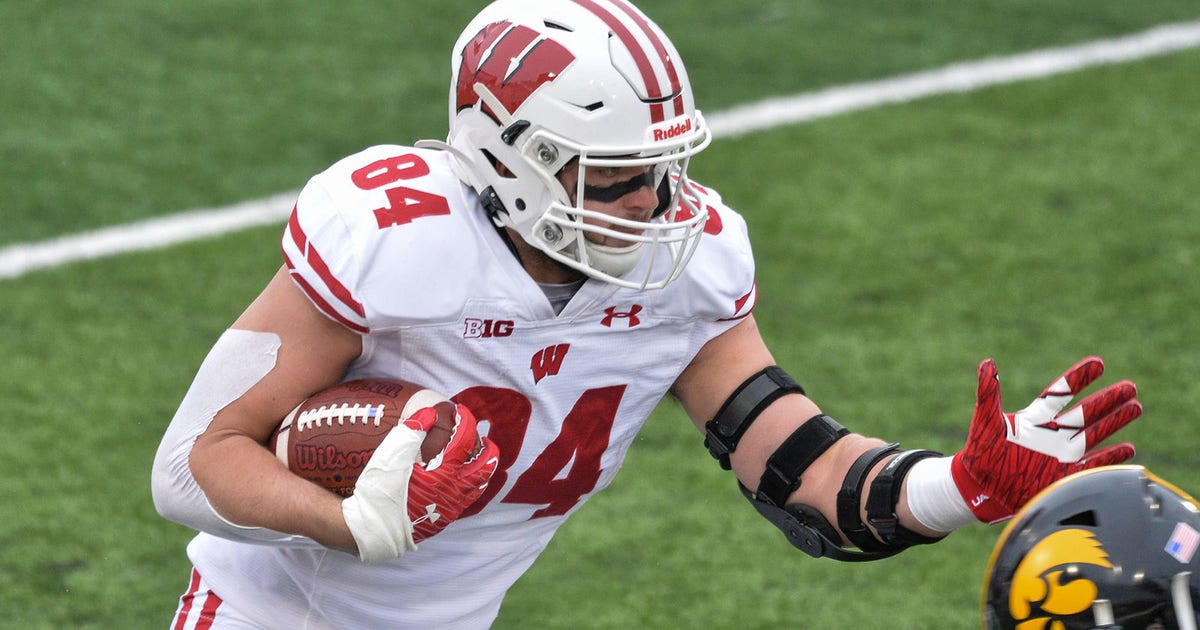 Wisconsin will return its leading receiver and tackler in 2021. Juniors tight end Jake Ferguson and inside linebacker Jack Sanborn both announced on social media Saturday that they would be back with the Badgers next season.

In addition, junior cornerback Faion Hicks announced he would return to Wisconsin in 2021.

Back in November, junior cornerback Rachad Wildgoose announced he was leaving school to prepare for the NFL.

Ferguson’s decision is perhaps a surprise, as he was pegged as a likely Day 2 pick in the 2021 NFL draft.

He had 18 catches in his first three games with all four of his scores, but garnered more attention with wide receivers Danny Davis and Kendric Pryor both out of the lineup. Ferguson had just seven catches for 70 yards over Wisconsin’s last three games.

Ferguson has a catch in every game he’s played — 34, a consecutive catch streak which is a Wisconsin record for tight ends — and has 99 receptions for 1,168 yards and 10 TDs.

He also had four tackles for loss this season with a sack, forced fumble and an interception. Sanborn capped off his season by being named the Duke’s Mayo Bowl MVP after recording 11 tackles in Wisconsin’s win over Wake Forest.

A three-year starter, Hicks led Wisconsin in passes defensed in 2020 with four. In three seasons he has 80 tackles, nine PD and one interception.