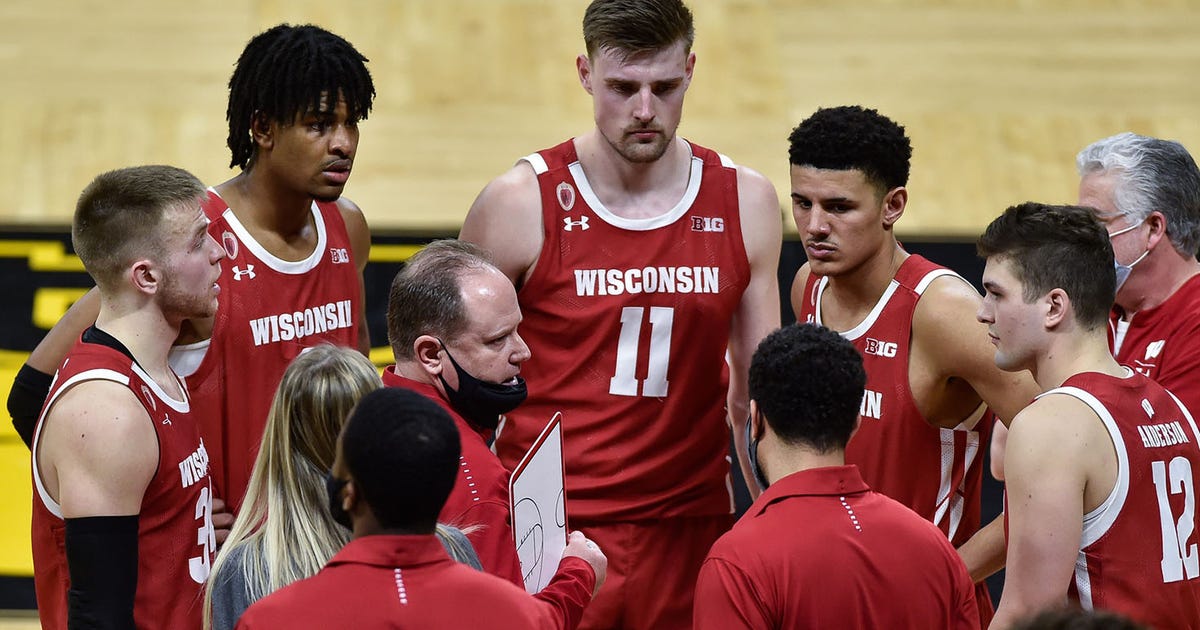 The late-season stumble was big enough to push Ohio State into fifth place in the loaded Big Ten, an ill-timed four-game losing streak they carried into the conference tournament that raised some questions about how equipped the Buckeyes were for a march through March.

Duane Washington Jr. and his schedule-toughened teammates made clear they’ll be a tough out the rest of the way. Oral Roberts is up first for second-seeded Ohio State on Friday in the South Region.

“I don’t know that we were shook maybe as much as people might’ve expected us to be shook during that closing stretch,” coach Chris Holtmann said. “I’ve never been one, honestly, to really read too much into a losing streak or a winning streak and necessarily what that guarantees going into tournament play, because I don’t think it guarantees much of anything.”

After losing in succession to Michigan, Michigan State, Iowa and Illinois — a quartet of NCAA Tournament teams including two No. 1 seeds and a No. 2 — the Buckeyes beat Minnesota, Purdue and Michigan in consecutive tight games at the Big Ten Tournament. They lost to Illinois in overtime for the title. A whopping 19 of Ohio State’s 30 games this season were against NCAA Tournament teams, with 12 wins.

Strength of schedule is often the golden ticket to a high seed, but it can be a double-edged sword.

“It can possibly mess you up, as we lost four in a row toward the end of the regular season, but we understand that we’re still the same team. We just executed poorly late, or whatever the case may be,” said Washington, who leads the team with 16.3 points per game and was second in the conference with a 3-point shooting percentage of 38.1.

The 91-88 loss to the Illini on Sunday hit hard, even though it didn’t hurt Ohio State’s seed, but staying in Indiana for what they hope is a multiple-week trip gave the Buckeyes a needed breather.

Third-leading scorer Justice Sueing celebrated his 22nd birthday on Monday, and players passed the time with card games, including Uno.

“We had a little fun,” Washington said. “It relaxed us.”

The Golden Eagles, who boast the nation’s leading scorer in guard Max Abmas, won’t be intimidated by stark difference in seed or the quality of the Buckeyes’ competition.

Hartford will need the same attitude and then some against No. 1 seed Baylor. Same goes for Colgate against No. 3 seed Arkansas.

There’s a Big Ten-record nine teams in this field, three of which were slotted in the South Region, which has all of its first-round matchups on Friday. The Oral Roberts-Ohio State and Wisconsin-North Carolina games will both be staged at Mackey Arena in West Lafayette, Indiana, the home of No. 4 seed Purdue. The Boilermakers are in Indianapolis at Lucas Oil Field to play North Texas.

Other pairings are No. 5 seed Villanova against Winthrop, No. 6 seed Texas Tech against Utah State and No. 7 seed Florida against Virginia Tech.

Familiar surroundings sure won’t hurt for the No. 9 seed Badgers, and neither will that conference experience. They went only 4-10 against NCAA Tournament teams this season and lost six of their last eight games.

“You’ve just got to attack it head on and learn from it. Obviously we all wanted better results and more success, but I think the strength of our schedule has prepared us and gotten to this point,” coach Greg Gard said.

Wisconsin will also be well-prepped from Big Ten play for North Carolina’s size, which could change the way Gard handles the rotations. He has generally avoided having 6-foot-11 Nate Reuvers and 6-10 Micah Potter on the floor at the same time, though both seniors play an average of more than 20 minutes per game. Gard said he might put Reuvers and Potter together, given the Tar Heels often have two post players on the floor.

The Badgers need to do something to make sure they’re competitive on the glass. North Carolina has a plus-9.9 rebound margin that leads all NCAA Division I teams. Wisconsin has been outrebounded by an average of two boards per game.