We’re officially past the halfway point of the NFL season. Strengths and weaknesses for all 32 teams have become evident.

With Sunday sure to deliver more drama in a league full of parity, Colin Cowherd broke down his “Blazin’ 5” predictions on Friday’s edition of “The Herd.” 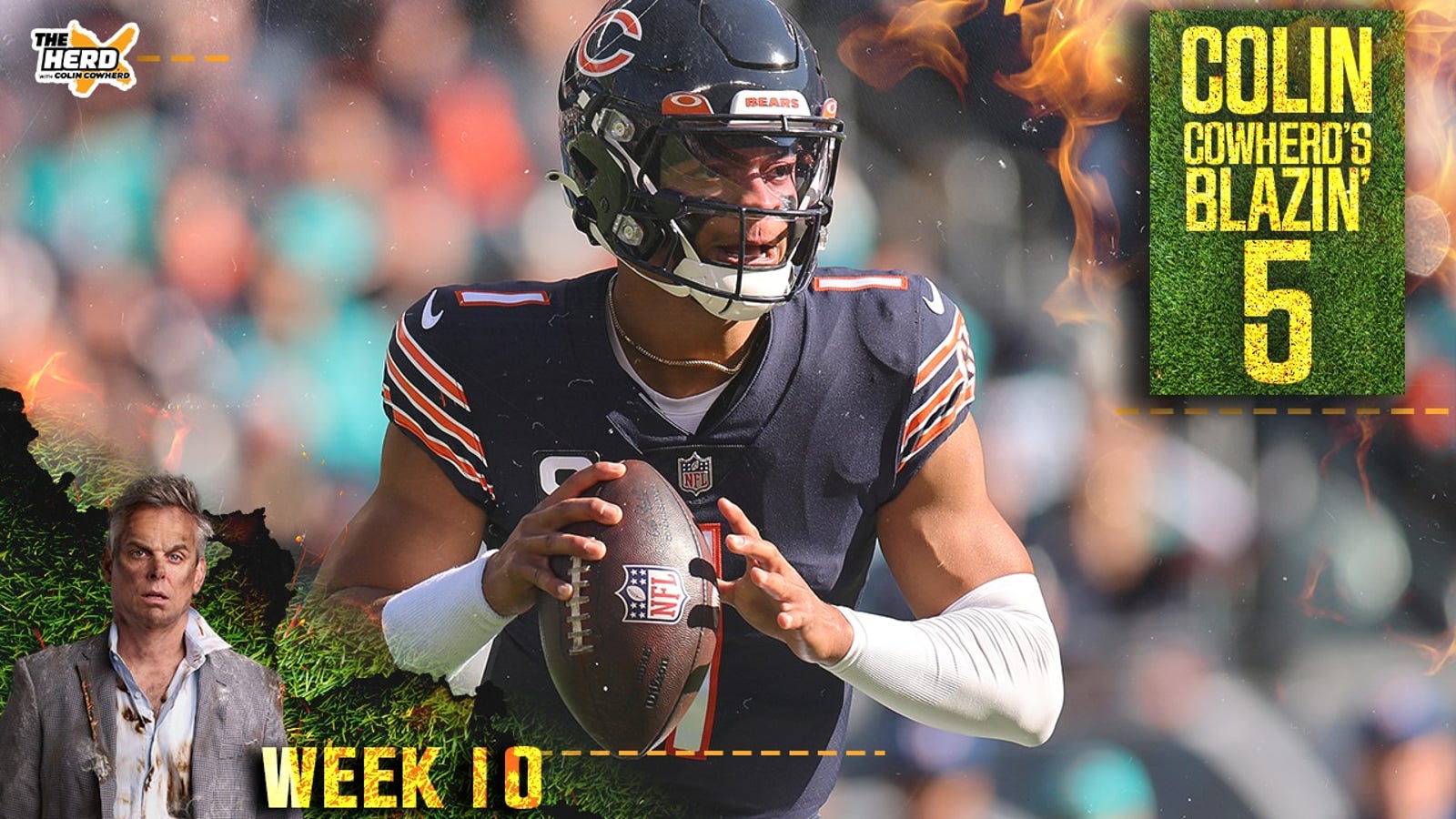 Colin Cowherd reveals his Blazin’ 5 picks heading into Week 10 on “The Herd,”

Here are Cowherd’s top picks for Week 10, accompanied by odds and win totals, as presented by FOX Bet.

Colin’s thoughts: “Four-game winning streak all by 10-plus points. It’s a young defense [that’s] getting better by the week. They also travel well because defenses and running games do. Their offense under Geno Smith — it’s good, and it’s getting better. In fact, since 2021, he’s averaged [a] 72% completion rate, only seven giveaways, a passer rating of 106. There’s no story like Geno in the league perhaps ever, and the Bucs are a mess.”

Colin’s thoughts: “[The Broncos’] defense is fantastic. I know you wanna talk Russell Wilson, [but the defense] is No. 2 in the NFL. This year they’ve been fantastic against the run [and] against the pass. They are loaded all over the place. … Ryan Tannehill has missed the last two games for Tennessee with injuries. He was held under 200 yards passing in the three games before he was hurt. This offense is lost. I’ve got to take the points here. Denver [is] coming off a bye, [while the] Titans are coming off a road overtime loss. Rest and prep time leans Denver.”

Colin’s thoughts: “[Jared] Goff on the road? Forget it — it’s awful. This [Bears] offense in the last three games with a young quarterback (Justin Fields) is on fire. … The Bears offense this season when it comes to rushing percentage and rushing yards a game is No. 1, and the Lions under Dan Campbell are 0-11-1 on the road. … Goff is not somebody good in crisis. … I think potentially it could get really ugly in the second half.”

Colin’s thoughts: “Three of the last four games, he (Trevor Lawrence) didn’t have a turnover. He’s playing actually very well. … All six losses for the Jags are by one possession. It’s the eighth-ranked offense in the league, and Trevor Lawrence leads the NFL with three games with [an] 80-plus completion percentage. When the kid gets hot, he’s hot. The Chiefs defense — they’re bad against the spread this year … and you can push it around. You can score. I think the Chiefs win, but I think it’s close. … I think it’ll be a wildly entertaining football game — a lot of points [and] a lot of big plays.”

Colin’s thoughts: “I’m gonna take Pittsburgh and the points at home. Kenny Pickett [is] a kid. That extra time is gonna be huge for him, and Mike Tomlin off a bye is 11-4. … T.J. Watt returns. It’s a totally different defense with T.J. Watt. Right now, the Saints are a mess at the most important position — quarterback. Their turnover differential is a disaster. I just don’t trust this team. … I’m taking the points.”