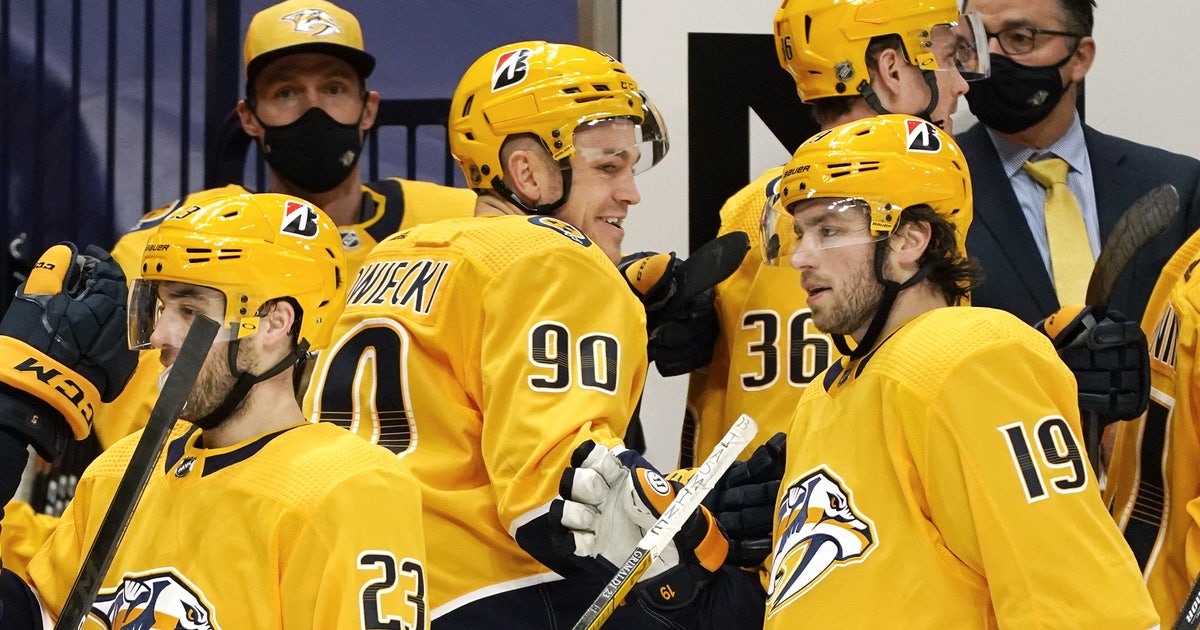 Colton Sissons, Luke Kunin and Filip Forsberg also scored in the third period, and Rocco Grimaldi had a goal for Nashville. Goalie Juuse Saros made 42 saves for the victory.

The Predators now have won seven of their last eight against Columbus in Nashville, a nice omen for the former Central Division rivals reunited in this pandemic-affected season.

Columbus captain Nick Foligno and Alexandre Texier each scored a goal, and Michael Del Zotto had two assists. The Blue Jackets are 0-2 for the fourth time in six seasons.

Every year, Michael Del Zotto is out to prove people wrong and prove he’s a quality NHL defenseman.#CBJ pic.twitter.com/LzXBaiAvbQ

Similar to opening night, these teams went into the third period tied at 1. Forsberg put Nashville ahead grabbing the puck and going up the left boards before putting a wrister past Elvis Merzlikins’ glove.

Texier tied it up at 2 at 5:47 of the third, deflecting a shot from Liam Foudy. But Richardson put a wrister over Merzlikins for his first goal since signing with Nashville. Kunin scored from the slot at 14:27, and Sissons got Nashville’s fourth goal of the period 55 seconds later.

Focusing on the positives: Torts is encouraged by a lot of different things about the @BlueJacketsNHL‘s performance tonight. #CBJ pic.twitter.com/1PHqjCI8sC

Foligno put Columbus up 1-0, the second straight game the Blue Jackets scored first. Saros stopped Del Zotto’s shot, but Foligno tapped in the rebound behind the goalie for the easy goal at 7:58.

.@NickFoligno knows that sometimes all you have to do is tap it in. Just taaaaap it in!

Grimaldi tied it up less than two minutes later. He got the puck from Ryan Ellis and skated up the right boards before beating Merzlikins glove-side with a slap shot from the right circle.

The Predators thought they had the go-ahead goal at 15:12 in the second off a Kunin deflection in the crease only to have the play blown dead and video review not changing the decision of no goal. Columbus had the puck rolling near the goal line a couple minutes later after a Del Zotto shot before Ellis cleared it away.

NICE TO SEE YOU AGAIN

The Predators recalled forward Mathieu Olivier from the taxi squad before this game. Olivier made his NHL debut last season with Nashville and played in eight games. The 6-foot-2 forward was born in Biloxi, Mississippi, when his father played for the ECHL’s Mississippi Sea Wolves.

Columbus continues its four-game road swing to open the season Monday at Detroit.

Nashville hosts Carolina in a back-to-back Monday and Tuesday before hitting the road for the first time this season.