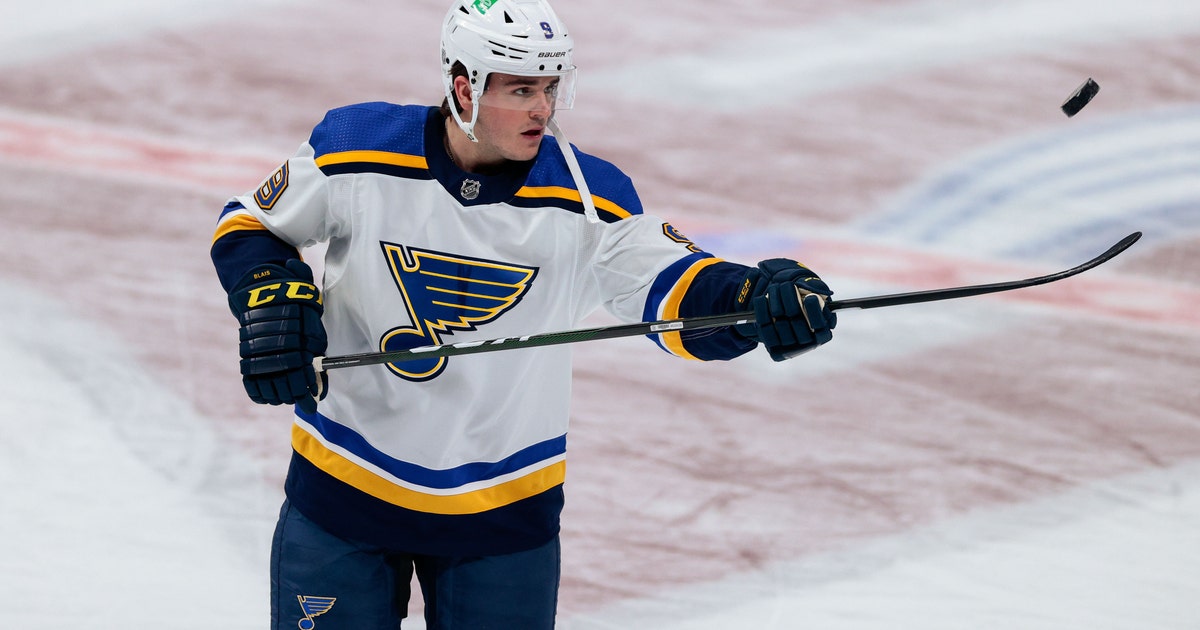 The Blues will be without forward Sammy Blais for their next two games.

NHL Player Safety announced Thursday night that Blais has been suspended for two games for an illegal check to the head of Colorado Avalanche defenseman Devon Toews.

St. Louis’ Sammy Blais has been suspended for two games for an Illegal Check to the Head on Colorado’s Devon Toews. https://t.co/XpZPbNbRMS

Blais, who had received no fines or suspensions over the first 83 games of his NHL career, had a hearing with NHL Player Safety prior to Thursday’s ruling. The 24-year-old forward wasn’t slated to participate in the Blues’ regular-season opener until shortly before puck drop, when forward Mike Hoffman was ruled ineligible due to a work visa issue, opening a spot in the lineup for Blais. He had an assist and a blocked shot over 9:30 of ice time in the 4-1 victory over the Avalanche.

The Blues said Wednesday that Hoffman was likely to be cleared for Friday’s game at Colorado, so head coach Craig Berube shouldn’t have trouble filling Blais’ spot in the lineup. Mackenzie MacEachern is also on the 23-man roster if Hoffman’s visa issues linger still exist by the time the puck drops Friday night.