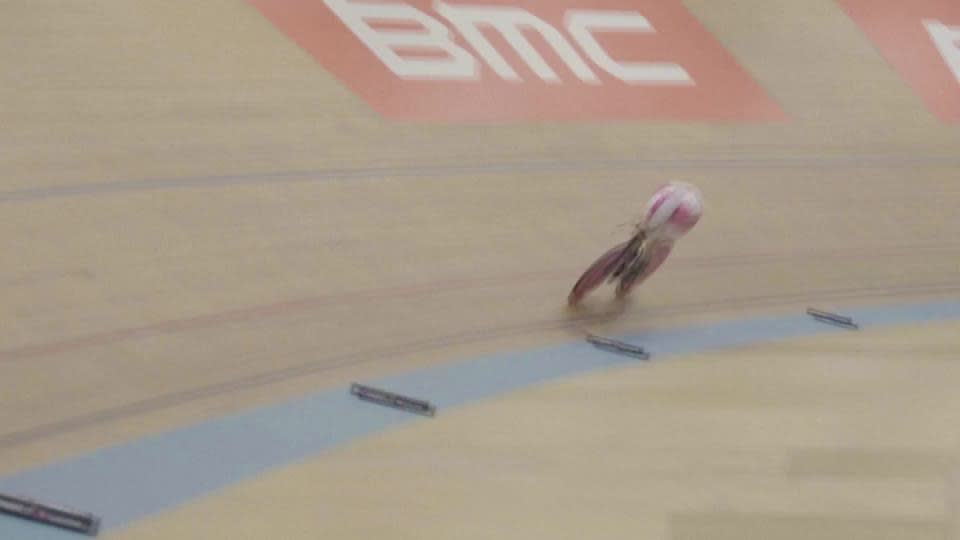 Bigham is an aerodynamics specialist and a

Bigham was congratulated by his family

after completing his run and collapsing on the track