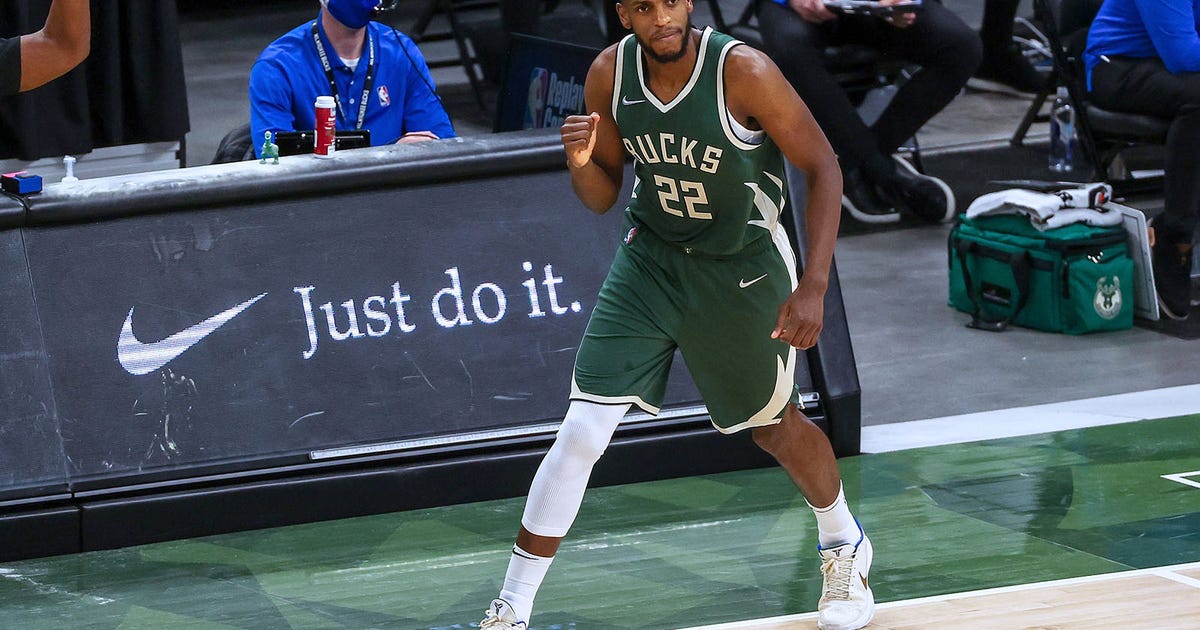 Milwaukee will be without Giannis Antetokounmpo on Monday night when the Bucks host the Indiana Pacers at Fiserv Forum.

It’ll be just the second game the Bucks have played without the back-to-back league MVP this season, as Antetokounmpo missed Milwaukee’s 100-90 victory over Cleveland on Jan. 9.

Khris Middleton led the Bucks to the win that night, going off for 27 points on 10-of-16 shooting. He’ll be asked to handle a big load again Monday night.

The good news is Middleton has been stellar this season, especially within the confines of Fiserv Forum. “Khash” ranks second in the NBA with a 49.5% 3-point percentage (52 of 105) at home among players with 75+ attempts, only trailing Brooklyn’s Joe Harris (50%).

Right behind Middleton on that list is teammate Bryn Forbes, who has nailed 47 of 98 4-point attempts at home (48%). That ranks third in the NBA.

Milwaukee will need both Middleton and Forbes to continue shooting at a high clip against the Pacers.

Although the Bucks have won eight of their last 13 meetings with Indiana, they’ve ran into a bit of trouble on offense, scoring 109.2 points per game. That’s the second-fewest points per game in a head-to-head series over that span, trailing Miami, which has yielded 108.5 points per contest to the Bucks since 2017-18.

The game between the Bucks and Pacers will be aired on FOX Sports Wisconsin, with “Bucks Live” beginning at 7:30 p.m.