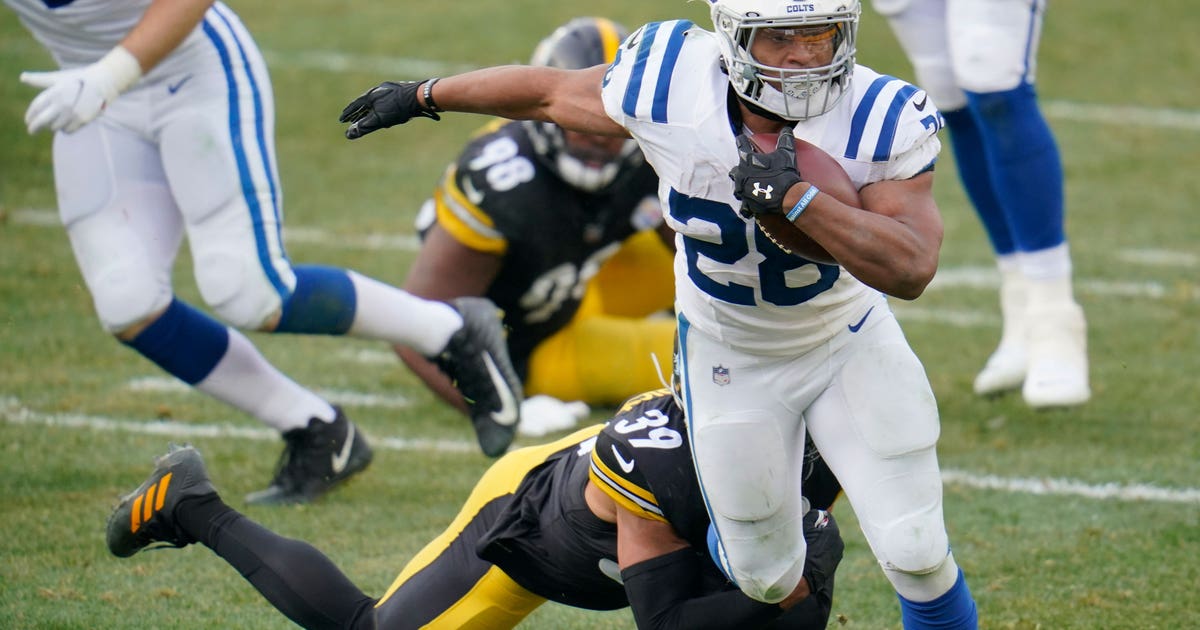 INDIANAPOLIS — Indianapolis got into playoff position by ignoring the outside chatter. After Sunday’s collapse at Pittsburgh, the Colts must be even more vigilant tuning out the doubters.

Their postseason hopes depend on it.

“We have one regular-season game left and our plan is to attack and finish strong,” coach Frank Reich said Monday. “We have to do our best, get to 11 wins, fight hard and get to 11 wins and believe that will be enough.”

That’s what this season has come down to — winning and scoreboard watching. The 28-24 loss at Pittsburgh sent Indy (10-5) sliding from No. 6 to No. 8 in the AFC pecking order. Seven teams will make this year’s expanded AFC playoff field.

It didn’t have to be this way. The Colts dominated the Steelers for 2 1/2 quarters, taking a 17-point lead that should have been a wide-enough margin for Indy’s defense to protect.

Instead, the Colts blew it, leaving themselves among five teams vying for the final four AFC playoff spots, with a chance to do everything from win a division title to turning their regular-season finale into an early farewell tour for the fifth time in six years.

The problem for Indy: tiebreakers.

A home loss last month allowed AFC South co-leader Tennessee (10-5) to even the season series with the Colts and take a one-game lead in division play. The Titans head to Houston this weekend with a 4-1 mark against AFC South foes. Indy needs to beat one-win Jacksonville to get to 4-2 in division play.

The wild-card picture looks even bleaker.

While Miami, Cleveland and Baltimore are all 10-5, the Dolphins have a better conference record than the other three teams, and the Browns and Ravens both own head-to-head wins over Indy.

But there is a promising twist.

AFC East champion Buffalo hosts Miami and AFC North-winning Pittsburgh visits Cleveland. The Bills and Steelers are still fighting for the No. 2 seed and a win by either team would open the door for Indy — if it can win.

Indy will have some idea of the possibilities before it takes the field, too. Miami, Cleveland and Baltimore all have early kickoffs. Tennessee and the Colts have late-afternoon starts.

And, of course, Indy believes it can defy the expectations one more time.

“I don’t think it will be hard to bounce back. At this point of the year, you’re playing for your season,” quarterback Philip Rivers said. “Whatever our options are, they all include us winning. And then I have to believe 11 (wins) is going to be good enough.”

Run defense. The Colts forced Pittsburgh to become one-dimensional by taking away the ground game. The Steelers ran 14 times for 20 yards, just 1.4 yards per carry. The Colts will need a similar performance if rookie running back James Robinson (ankle) returns for the Jaguars this week.

Second-half adjustments. The Steelers turned the game with a philosophical change, abandoning the run and throwing downfield. When the Colts didn’t adapt, their lead vanished quickly.

RBs Jonathan Taylor and Nyheim Hines. The two-man tandem has been effective all season, and it continued to be Sunday until Indy stopped running. Taylor still ran for 74 yards and two touchdowns. Hines thrives with a different style and has become a key contributor in the passing game and as a punt returner, too.

Defense. Despite ranking among the league’s top units and completely shutting down Pittsburgh in the first half, big plays and penalties prevented the Colts from getting the Steelers off the field. Even if they do make the playoffs, the Colts won’t last long if the defense doesn’t play better than it did against Pittsburgh.

The Colts played without left tackle Anthony Castonzo (knee/ankle) and right tackle Braden Smith (reserve/COVID-19 list), then lost Castonzo’s replacement, Will Holden, with an injured ankle in the second half. Starting safety Khari Willis and rookie receiver Michael Pittman Jr. also left the game and are now in the concussion protocol. Reich didn’t say whether any of those players would play against Jacksonville.

With one game left, the Colts have no margin for error. They lost to the Jaguars in Week 1 and must earn a split for a chance to continue playing beyond Sunday. The Jaguars haven’t won since Week 1.

Ric Bucher: Kyrie Irving is not excited to be playing alongside James Harden | SPEAK FOR YOURSELF