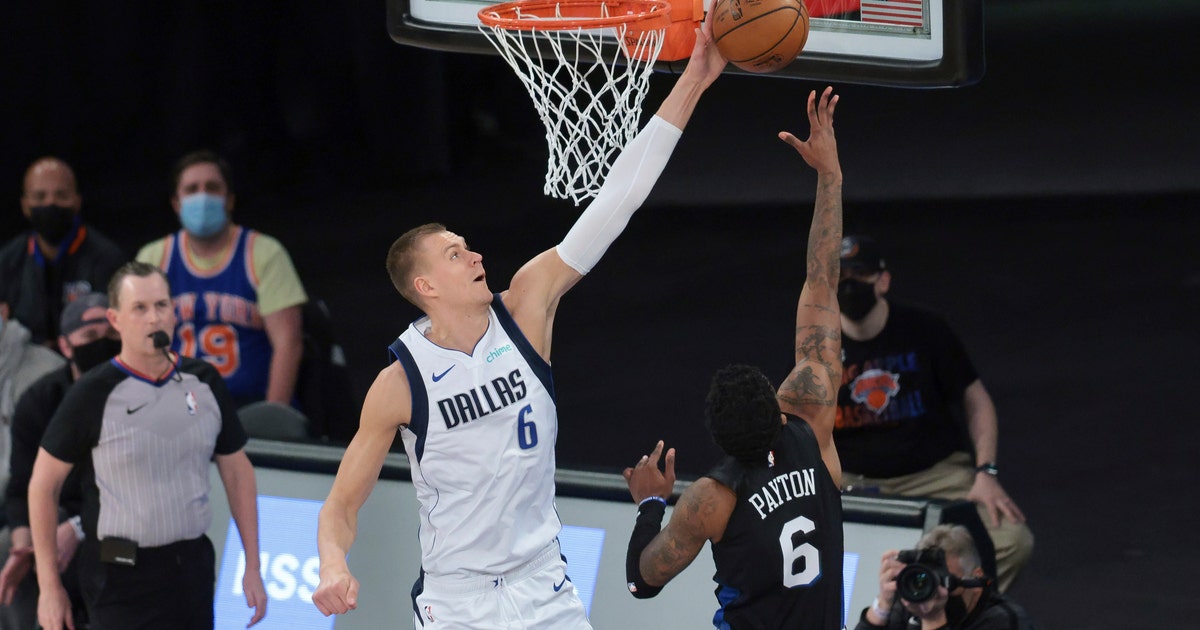 Doncic was one of five players to finish in double-figure scoring for Dallas, which has won three straight. Jalen Brunson had 15 points and Kristaps Porzingis and Tim Hardaway Jr. each added 14 against their former team. Josh Richardson scored 11.

Alec Burks scored 20 points to lead the Knicks, who have lost three in a row. Julius Randle finished with 14 points, and Reggie Bullock had 13.

The Mavericks were without coach Rick Carlisle, who tested positive for COVID-19 in the morning. After the positive test, Carlisle stayed behind at the team hotel. He met virtually with reporters about an hour before the game to announce the positive test while revealing publicly for the first time that he has been fully vaccinated since February. Assistant Jamahl Mosley filled in for Carlisle.

It was the first of two matchups between the teams — the rematch occurs on April 16 at American Airlines Center — who were involved in a trade on Jan. 31, 2019, in which the Knicks shipped a disgruntled Porzingis, along with Hardaway Jr., Courtney Lee, and Trey Burke to Dallas for DeAndre Jordan, Wesley Matthews, Dennis Smith Jr., a 2021 first round pick and a 2023 first round pick.

Since the trade, Porzingis has been viewed as a villain by Knicks fans, who booed him throughout his first game at Madison Square Garden as a member of the Mavericks, a 106-103 loss on Nov. 14, 2019.

Five hundred and five days later, the ire of Knicks fans to the franchise’s one-time cornerstone had not subsided as Porzingis, who told reporters Thursday that New Yorkers “show me love and support” whenever he returns, was serenaded with jeers and derisive chants from the Madison Square Garden crowd.

Dallas led 72-69 after three quarters, and extended its advantage to 80-75 about five minutes into the fourth after Dwight Powell’s alley-oop jam. The dunk seemed to energize the Mavericks, who pushed the lead to 85-75 after Brunson converted a layup and made a 3 in a 49 second span.

Doncic then took over, first banking in a 3 as the shot clock expired followed by two layups and a two-handed dunk.

Mavericks: The game was the third time Porzingis faced his former team, and the second time at Madison Square Garden, the building he once called home. Prior to Friday night’s game, Porzingis and the Mavericks had lost two matchups against the Knicks–both occurring last season. In the two games — a 106-102 loss at Dallas on Nov. 8, 2019, and the aforementioned defeat in New York — the fourth overall pick in the 2015 draft averaged 24 points and 10 rebounds against the Knicks.

Knicks: Entering Friday night’s game, the Knicks were 2-6 in games decided by three points or fewer but it is not a cause for panic for head coach Tom Thibodeau. “Sometimes things get missed,” Thibodeau said during his pregame media availability. “There’s a lot that goes into it. But I think as our guys continue to go through those things, we’ll continue to learn and get better at it.” … Thibodeau did not bite when asked about rumors that the Knicks signed big man Norvel Pelle in order to add depth to the center position in response to Mitchell Robinson breaking his foot. “I can’t comment until it’s official,” Thibodeau said. “I’ll be happy to do so once it’s official.”