The real Emoni Bates has officially stood up.

Bates, a former No. 1 recruit coming out of high school, dropped 43 points for Eastern Michigan on Tuesday, including 29 straight to close the first half.

The Eagles fell to Toledo, 84-79, but Bates remained the star of the show. He converted on 15 of his 23 field-goal attempts and nine of his 14 3-point attempts.

Bates’ 43 points were the most by an Eastern Michigan player since Ray Lee scored 50 points in 2017. It marked the ninth-highest point total scored in a game in school history.

The historic performance had Twitter buzzing, including Los Angeles Lakers superstar LeBron James, who has followed Bates throughout his hoops career.

Bates spent one season at Memphis under head coach Penny Hardaway before transferring to Eastern Michigan this offseason.

The 6-foot-10, 170-pound forward out of Ypsilanti, Michigan is averaging 20.5 points on the season. His previous career high was 36, which he scored against South Carolina on Dec. 30. 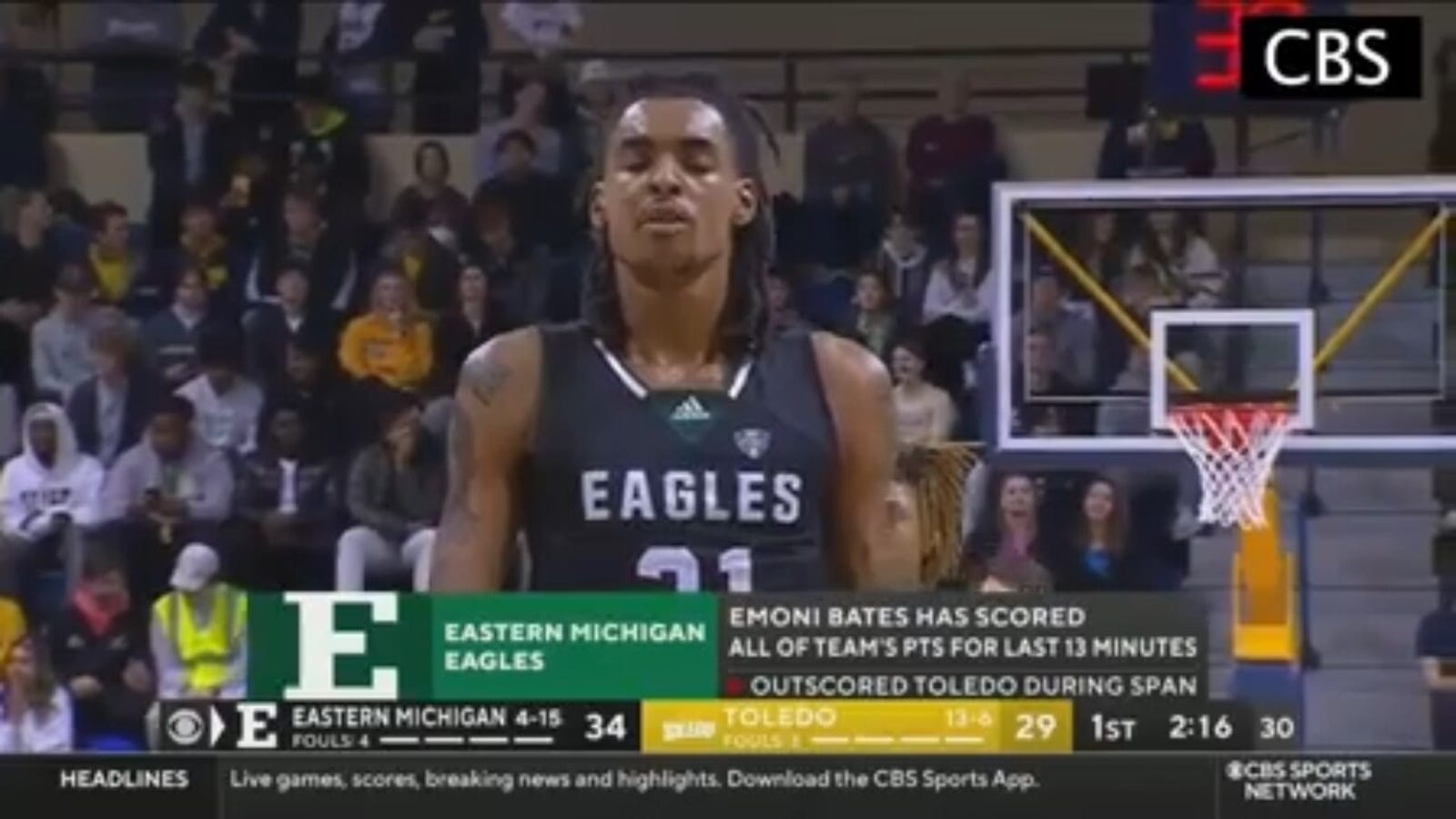