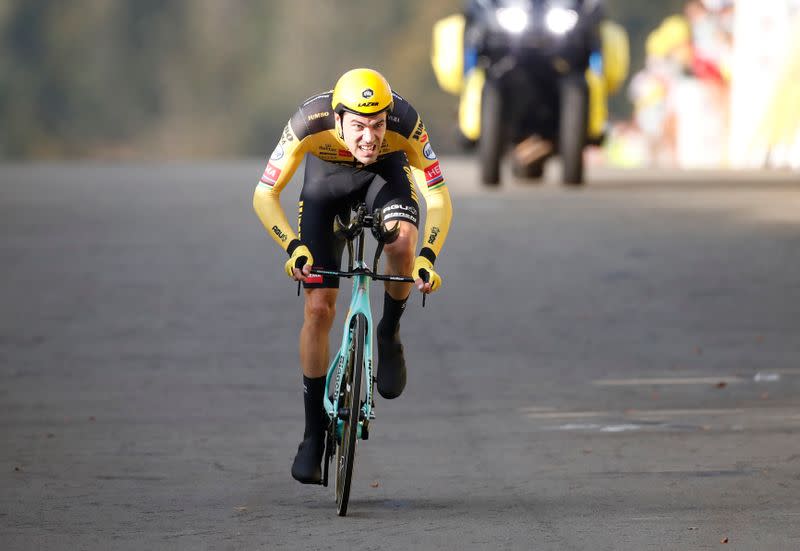 PARIS (Reuters) – Former Giro d’Italia champion Tom Dumoulin is taking a break from cycling in order to ponder his future as a professional rider, his Jumbo-Visma team said on Saturday.

“Tom Dumoulin has left the training camp of Team Jumbo-Visma to consider his cycling future at home. The Dutch rider won’t participate in races for the time being,” the Dutch outfit said in a statement.

Dumoulin, 30, won the Giro in 2017, finished second overall in the 2018 Tour de France, and has claimed stage victories on all three grand tours.

But the 2017 individual time trial champion has had a rough 2020 after also cutting his 2019 season short in the wake of a crash at the Giro.

“I have been feeling for quite a while that it is very difficult for me to know how to find my way as Tom Dumoulin the cyclist,” said Dumoulin.

“I want the team to be happy with me. I want the sponsors to be happy. I want my wife and my family to be happy. And so I want to do well for everyone, but because of that I have forgotten myself a bit in the past year. What do I want? Do I still want to be a rider. And how?”