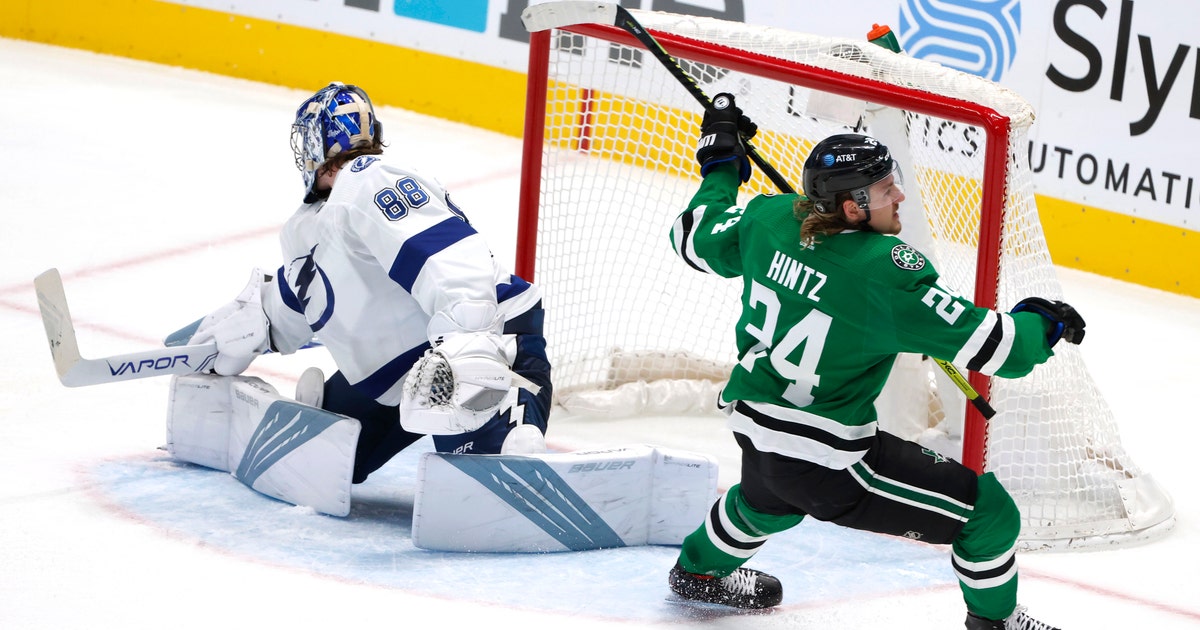 DALLAS (AP) — Roope Hintz scored a breakaway goal with 1:21 left and the Dallas Stars beat the Tampa Bay Lightning 4-3 on Thursday night for their first win in five games this season against the NHL leaders.

Hintz and Joe Pavelski each had a goal and two assists for the Stars, who lost to Tampa Bay in the Stanley Cup Final last year. Miro Heiskanen and rookie Jason Robertson also scored for Dallas.

Ondrej Palat had a goal and an assist for the Lightning, who had won five straight. Yanni Gourde and Alex Killorn scored the other goals for Tampa Bay.

Andrei Vasilevskiy made 39 saves, but his franchise-record 12-game winning streak was snapped. It was Vasilevskiy’s first career loss to Dallas in regulation (8-1-3).

Palat collected a loose puck by the crease and scored at 15:10 of the third period to tie it 3-all.

Pavelski and Robertson scored in the final 1:20 of the second period. Rookie goaltender Jake Oettinger stopped 23 shots for the Stars.

Gourde and Killorn scored off rebounds in a four-minute span early in the second. Gourde has a goal in five straight games.

Dallas rallied from a 2-0 deficit with three second-period goals, beginning with Heiskanen’s breakaway backhander that was the Stars’ first 5-on-5 score this season against Tampa Bay.

Pavelski tied it at 18:40 with his NHL-best 11th power-play goal of the season, over Vasilevskiy’s right shoulder.

Robertson gave Dallas a 3-2 lead on a one-timer off a cross-slot pass from Pavelski with 15.6 seconds left in the period.

Stars: Begin a back-to-back home series against Florida on Saturday.